What are the most (and least) patriotic states in America?

A new report measures the % of a state's population that believes the U.S. is the greatest country in the world 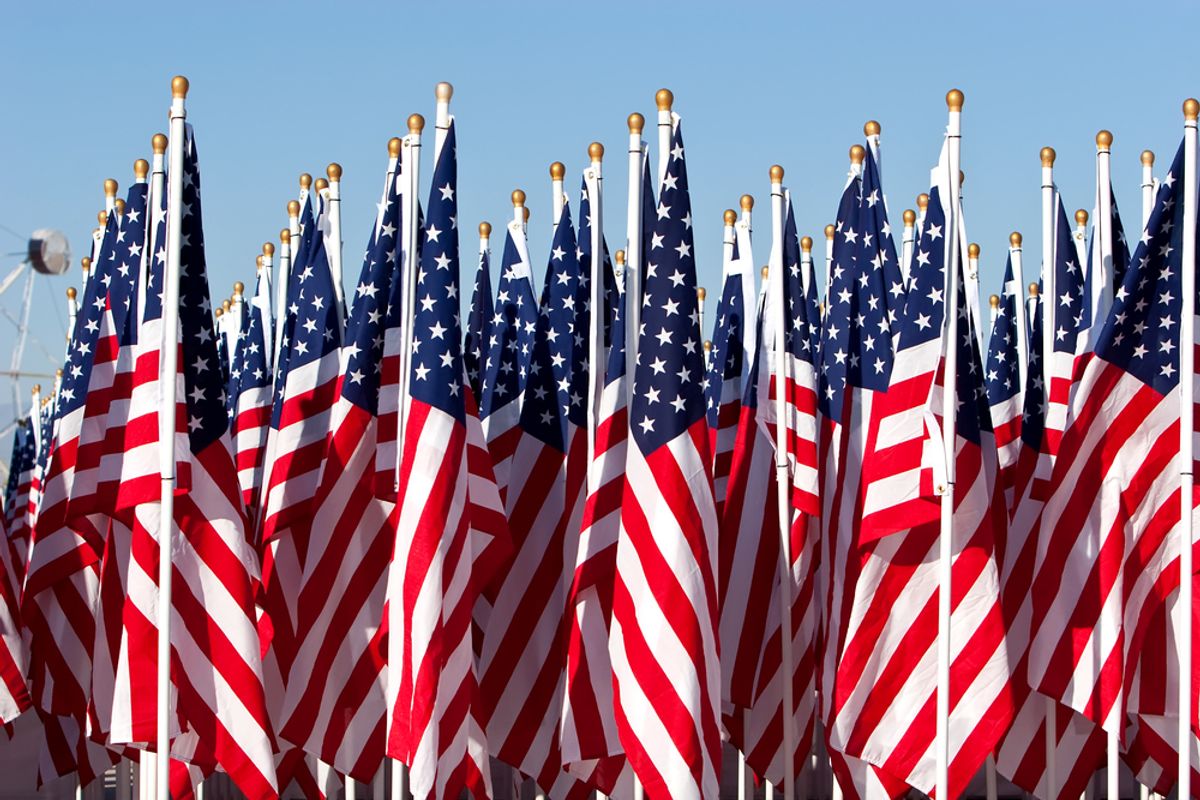 How do you define patriotism? This much-misused word has been stretched and distorted absurdly in recent years, a process which will only get worse as yet another endless presidential race unfolds.

Right-wing warmongers define patriotism as bombing Middle Eastern countries we’ve taken a disliking to and never ever negotiating. Xenophobes like Ann Coulter and Donald Trump express their so-called patriotism by insulting Latinos and other immigrants as often as possible. GOP presidential candidates like Mike Huckabee and Bobby Jindal have suggested scuttling the Constitution by dismantling the Supreme Court when it makes decisions they disagree with, like legalizing same-sex marriage. The entire Fox News operation is dedicated to the proposition that criticizing America for things like over-militarized policing or rising inequality is tantamount to treason.

But if you define patriotism as simply as thinking America is the best country in the world, the news is not good this Fourth of July weekend. That kind of patriotism has been waning in recent years. In a new report on which are the most and least patriotic states, WalletHub reports that while 38 percent of Americans said the U.S. was the best country in the world in 2011, that number fell to 28 percent in 2014. Ouch!

Still, residents of some states feel better about the good ole U. S. of A. than others. WalletHub took the patriotic pulse of the 50 stars on the stars and stripes by “examining eight key metrics that collectively speak to issues such as military engagement, voting habits and civil education requirements.”

The winner, when all is measured and assessed:? Virginia!

The biggest loser? New York! (Low numbers for voting and military participation for the Empire State!)

Some other key and surprising stats:

How does you state stack up? Here's the master list:

Check out the interactive map here: