Why hadn’t I read about the scary side of parenting?

During a time meant for joy, I fell into despair. You shouldn't have to lose yourself to be a mother -- but I did 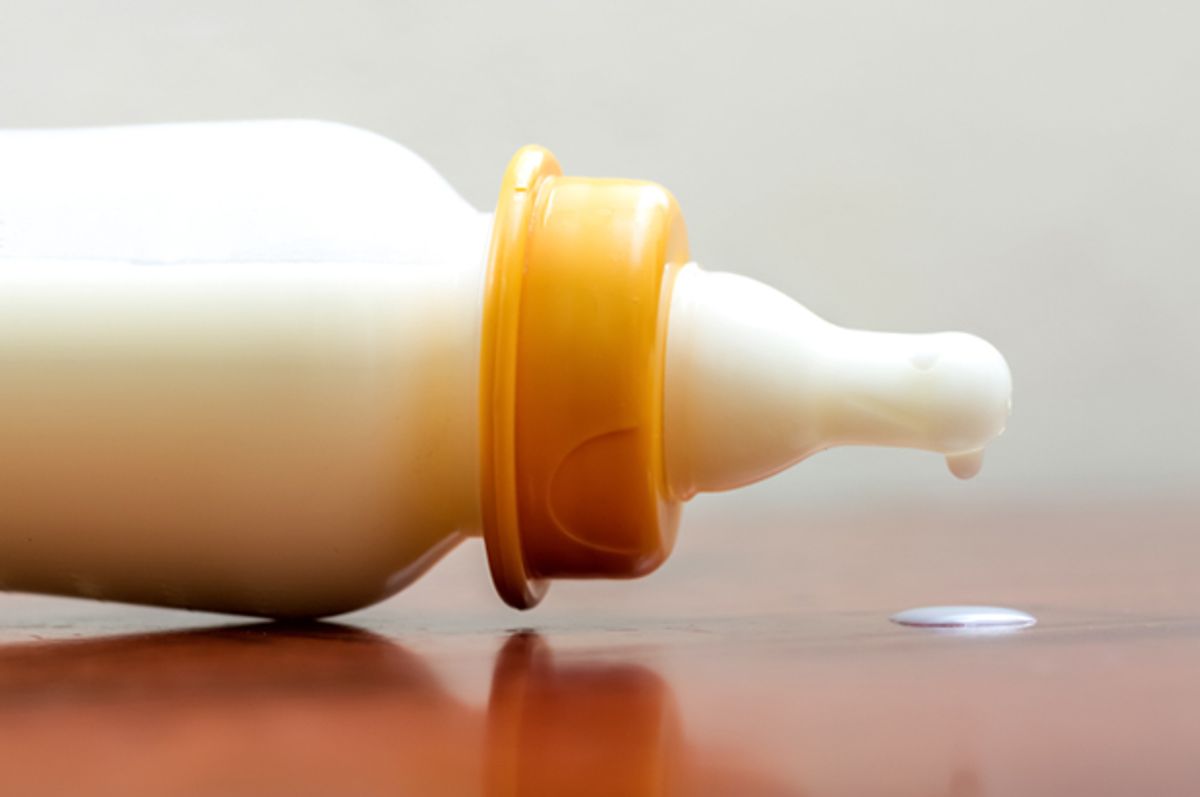 Mothering didn’t come easily for me. Not in the fertility sense, but the instinctual one. For years I’d seen women on the street and on social media cooing over babies. When my daughter arrived, I was in more shock than awe.

I’d spent my 20s chasing career advancements and men, telling myself I’d settle down later. And as if on cue, by my 30th birthday I had a man, a marriage and maternity, as if the biological timer detonated before my brain could catch up. But the change happened with such velocity — someone’s bride and another’s mother – that I was scared to death.

I could hardly keep the indoor orange tree alive. It had been a gift from my cousin, and now an assortment of neon Post-its instructing me to water the thing were all around my dwelling, including the tops of counters near my car keys so that I’d remember to quench the plant’s thirst before leaving for work. But now, it was my job to nurture a human – a real being with eyes, arms and a chin identical to my own. Meanwhile, my own body was transforming. My breasts were no longer tantalizing onlookers from a plunging neckline, but engorged and throbbing while nursing an infant; the flat tummy I once paraded about the beach became an exit for a baby, and a deep horizontal wound spanned from hip-to-hip that, if you looked carefully, resembled a demonic smile. But motherhood, I was told, was a gift from God. So why was my experience of childrearing so hellish of an ordeal?

Labor was intensive – a grueling 24 hours of contractions, but without success of dilation. At hour 15, my obstetrician fought with the hospital’s head of obstetrics about whether natural birth was still possible. My doctor wanted to give up on natural childbirth; my pelvis was too small. The obstetrician had 24-hour protocol to follow. Tempers were flaring, as were egos. Thankfully, my husband escorted his male counterparts out of the room and slammed the door. I thanked him for his care and concern, but deep down my insides were begging for a refund – a magical ticket permitting reentrance into the life I once had, returning to the confident, physically fit woman living passionately amid opportunities afforded to me post-graduate school.

My spouse took a seat adjacent to the bed and rested his head on my shoulder, the same way he would in the subsequent weeks, as I’d stare wide-eyed and exhausted at our beautiful tiny creature, afraid to take any attention away from her as she slept in a bassinet beside our mattress. While our daughter was completely comfortable, well fed and always in a new diaper, I couldn’t concentrate or utilize my time like an everyday person, particularly when my husband went to work. I didn’t shower, not because I couldn’t, but because I was petrified to, thinking that if I left the room – if I was so far as 5 feet away from the baby– something would happen and she’d die.

I was scared of SIDS, choking, insects crawling mischievously into her crib, and even her being smothered by the cat, so I did the only thing I had control over and gave away our pet – the cuddly feline who acted like a dog. What if the old wives’ tales about cats suffocating babies because of their milky breath or sudden inattention were true? I didn’t want to risk it.

Everything horrified me. Why hadn’t I read books about the scary side of parenting? Why hadn’t I sought out articles about all the terrible things that could happen? I felt incredibly confused and mostly alone.

At a time where emphasis is placed on joy, I plunged further into depression coupled with severe sleep deprivation. I sought guidance from a psychiatrist whose methods of troubleshooting required pills. I protested, declaring my commitment to breast-feeding, to which the doctor said that the medication was safe to take. I wasn’t subscribing to that philosophy, the thought of being drugged and incapacitated to provide food for my child was out of the question.

“Right now, it’s your best option to getting better,” the medic said.

I shoved the script into my pocket and walked out. It was obvious that I had zero intention of filling the prescription.

“Healing from a Cesarean, breastfeeding, and the general around-the-clock care of a newborn is daunting,” the obstetrician said at my post-operative appointment. “You have to give up something.”

The specialist looked at me like I’d officially lost my mind, and then turned into one of genuine worry.

“Well, that’s good,” he said, exhaling loudly, and then repositioned the frames on the far end of his nose. “But I’m talking support systems. Does your mother help you or some other person you trust?”

My parents, who have been divorced from each other for as long as they were married, live in different states that require airline travel. And, as far as friends, my group was paying homage to the “30 is the new 20” movement.

I shook my head. “It’s just me and my husband, and he works two jobs so that I can stay home full-time.”

The bile in my stomach churned at the realization that there was no army. For someone who’d had an arsenal of people, who maintained a calendar overflowing with events, I was now a communal misfit.

Suddenly, I yearned for my mother, because I didn’t think I could be one.

“Well then,” the gynecologist said, “let’s eliminate breast-feeding.” He began jotting notes on the medical chart atop his desk, inscribing his declaration as if he’d made the decision for us both.

“B-but,” I said. I couldn’t get the words out for all I wanted to say at that moment. I liked providing for my baby on such a personal level.

He explained that I was actually doing a disservice to my baby by demanding that my body be depleted of the nutrients necessary to heal, hence the unrelenting periods I was experiencing.

“You shouldn’t have to give yourself up completely just because you had a child,” he said as I slid off the examining table, and quietly handed me a pamphlet outlining the nature of postpartum depression.

I took his words out of his office and into the car and then brought them into the house, sharing them with my husband. I then went to the computer and Googled death of infants by formula in search of excuses not to wean my daughter, but my spouse closed the laptop.

I didn’t feel as “fine” as he’d said, but I went along with the orders to stop anyway.

I (slowly) began to understand that with a diagnosis like postpartum depression, lessening the responsibilities of my physical being would serve a greater purpose, which it did. My overall health improved, especially my frenzied dramatic swings. I was becoming more proactive to motherhood instead of reactive, which made a huge difference in what type of mom I’d be.

Once I was more confident in the maternal role, my village started to flourish beyond my husband and the four walls of our house. Simple walks in the park morphed into conversations with other exhausted moms wearing sweat pants and no makeup. Play dates became refuge, the camaraderie of other parents comforting, but mostly because I was busy watching my daughter grow from a baby who couldn’t speak or communicate save for overwhelming shrieks when something wasn’t done, into a toddler who was doing things without assistance. Despite the hurdles, I had no doubt this new life was exciting. It was no longer about personal fulfillment; it was about the total opposite — of being selfless and loving who you are in that selflessness.

Dawn Turzio is a freelance writer whose work has been featured in many publications including New York Magazine, MSN Lifestyle, and Brain, Child Magazine, which can be found at www.dawnturzio.com, Facebook, and Twitter @dawnturzio