America's next crippling drought: Why California is our apocalyptic future

If we stay on our current trajectory, we could be facing a 35-year "megadrought" by the end of the century 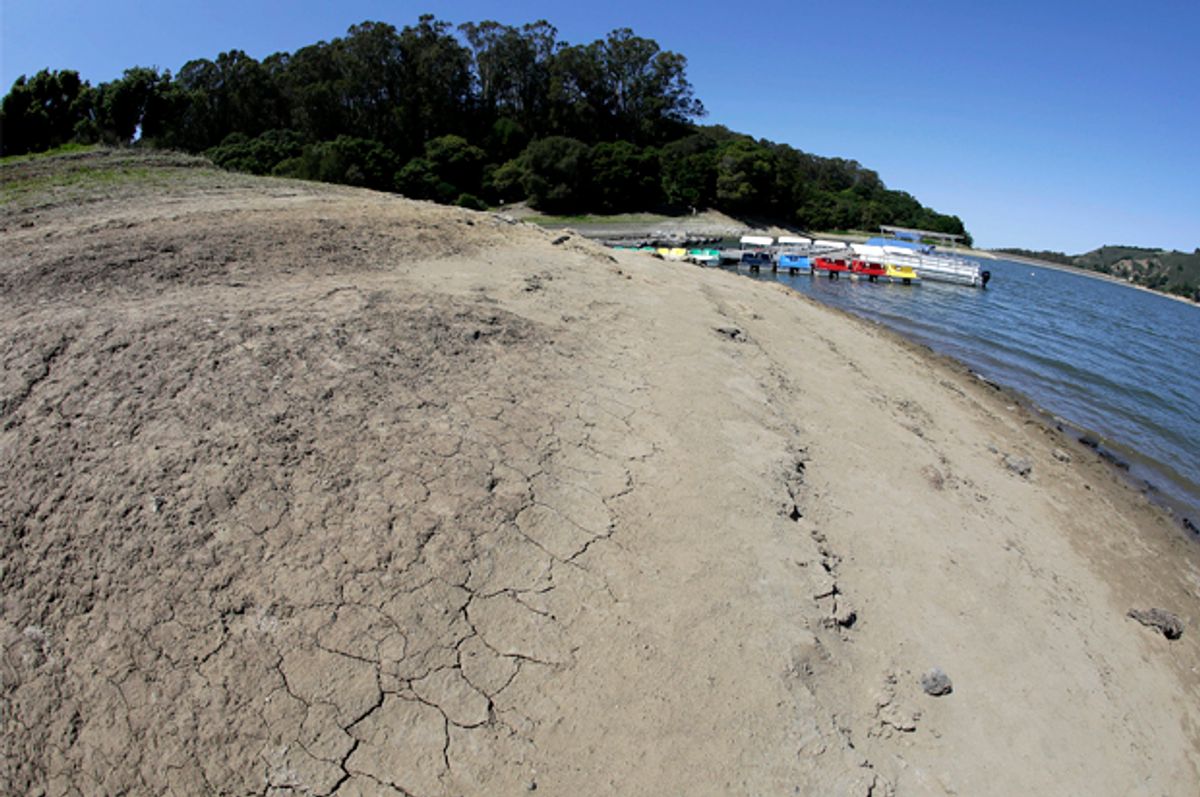 A massive drought in California is putting its produce industry out of whack. Golf courses are browning, strict water measures were instituted and celebrities have been the subject of social media shaming.

The answer is actually a lot more complicated than you might think. To find some answers, ATTN: contact the climate prediction center at National Oceanic and Atmospheric Association. It turns out, they do predict droughts – but only a few months in advance. Anthony Artusa, a NOAA meteorologist, told us that going into September we can expect continued drought conditions in California, and drought development in the western part of Washington State, most of Puerto Rico, and the Carolinas. Although these drought predictions fall in line with weather patterns from previous years, it is unclear whether these potential droughts could compare to California, Artusa says.

That is because it is insanely difficult to predict precipitation says Brian Fuchs, a climatologist at the National Drought Mitigation Center.

In addition, the conditions that create a megadrought are complex. For example, California had two of the warmest years on record in the last five years. This, coupled with a high-pressure system that kept their winters warm and dry, led to dire situations today. It’s easier to predict drought in some parts of the U.S. than others – it all depends on how strongly the regions are influenced by large-scale climate phenomena, such as El Niño (a coupled ocean-atmosphere phenomenon that brings warming air currents off the Pacific coast of South America) and La Niña (a coupled ocean-atmosphere phenomenon that brings cool air and hurricanes to the United States). Global weather patterns such as El Niño and La Niña significantly change air pressure and temperature in the U.S. Some La Niña events have been associated with historic droughts.

A study published in Science Advances this February predicted that the western U.S. would soon experience the worst drought it has experienced in 1,000 years. The chances of a 35-year or longer "megadrought" striking the Southwest and central Great Plains by 2100 are above 80 percent if the world stays on its current trajectory of greenhouse gas emissions, the study warned. The scientists based their predictions on rising temperatures caused by global warming.

"Even when selecting for the worst megadrought-dominated period, the 21st century projections make the megadroughts seem like quaint walks through the Garden of Eden," study co-author Jason E. Smerdon of Columbia University's Lamont-Doherty Earth Observatory said in a statement.

Maybe the U.S. could learn from this country on how to handle a drought.