I was a fallible patriot: I served during Iraq, and so wanted to believe and strike first 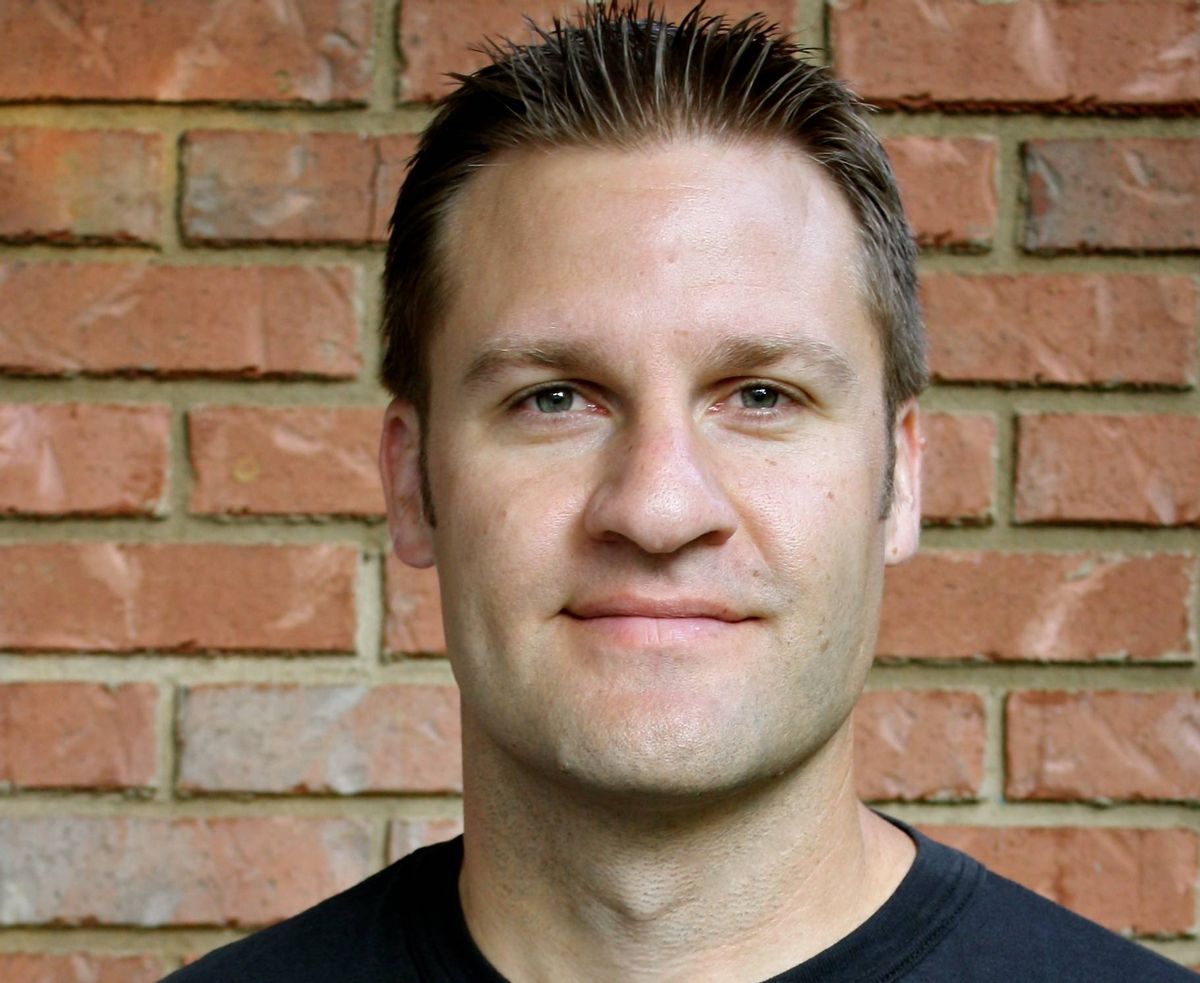 Twelve years ago I supervised the launch of four U.S. Air Force tankers into the late afternoon sky from a base 30 miles north of Cambridge, England. Then night came, and somewhere in that darkness, thousands of miles away, our tankers refueled the bombers that would push into Iraqi airspace and drop their bellies full of explosives across Mesopotamia.

Standing on the air base’s perimeter grass that night I held a four-pound wrench and watched, alongside my aircraft maintenance crew, for any protesters who might attempt to scale the barbed-wire fence. News of the war was out—there’d been rumors for days about fence hoppers—so when the command center radioed something about suspicious activity along the perimeter, we ran. We heeded the warnings: be prepared for everything from spray paint to explosives. Activist estimates in the hundreds. Military police could use a hand. Grab what you can.

That night in England, I wasn’t thinking about fuel or Baghdad or the crashed towers or Bush. I didn’t mark the when: March 2003, or consider the millions of seconds and choices that had led me to the Air Force and that foreign base.

I was only thinking about where to land the first blow. I imagined the body of the first hopper, the wrench doing its work. But where? Knees? Abdomen? Safe. Nonlethal. Anything above the shoulders could be trouble. Would I wait for them to hit the ground or catch them in midair?

I gripped the wrench’s rubber handle and felt its perfect balance, the glorious potential of my swing.

The wind picked up and I listened. Air brakes in the distance. Our collective breathing. I stretched my legs, cursed the pacifists, and tried to shake the swirling anxiety. If anything happened I hoped it would only be spray paint vandals.

As the early hours passed my initial fear twisted into impatience and desire for confrontation. We laid our wrenches, tire irons and mallets at our feet and took turns manning the flashlights. We chugged Red Bulls. We listened to the wind and watched the fence. Would no one come?

I squeezed my knees and said, “The bombs are hitting about now.”

I was caffeinated. I was a midday and midnight believer. At 24 years old I didn’t need proof, but I had it: Colin Powell had shown the world satellite photos with arrows. His team had labeled them to leave no doubt: “Chemical Munitions Bunker,” “Decontamination Vehicle.”

I thought about the potential mushroom clouds over D.C. and L.A. if we didn’t keep the tankers ready to go, if we didn’t break through the protest noise and launch on-time, every time.

In England, the word rolled off my tongue on the flight line, in the squadron, in the bars with my English friends. Like magic. Salvation. Why the hell would we wait?

Twelve years later, I recall the awesome power this narrative of fear held over me. I still tap into the visions: my family, my friends, my small California hometown melting under the promised mass destruction.

And what do you expect from me now after years of reflection? That I’ve learned something other than to question everything?

But this story isn’t about education. This is a story of fallibility. Even now, I recognize the potential return of the big scare. I watch my children grow, and I bow at the impulse to protect them from real and imagined danger. And how am I to know which threats are the real ones? Which are imagined?

Somewhere inside me lives a person that can be convinced, easily, to strike first. How do I talk him down? What would that sound like?

One of our favorite refrains whenever an Englishman would give us shit about our American accents or question our country’s motives: Without us you’d be speaking German. It was effortless to take credit for my military ancestors, so I did. On the side streets and parks of Cambridge. At the WWII memorial monuments in London.

On the three occasions when I scolded the Englishmen who dared tease me, they went silent momentarily, confused as they pieced together their country’s history, and if I had a right to it. I loved those moments best of all.

But that night in 2003, staring at the fence line, the flashlight beam scanning the darkness beyond, I wasn’t thinking about anyone’s history. I wanted someone to scale the fence so I could feel the crack of his bones.

I kicked the wrench at my feet.

Someone repeated, “The bombs are dropping on their heads about now.”

I wished for our pilots’ safe return. I hoped for Saddam’s death. I wondered where our tankers were at that moment. Over France? Germany? The Mediterranean? Were they in any danger? Would I have to work a month straight? Why would someone scale the fence with spray paint? How was the night moving so slowly?

I slapped my hands against my sides to bring them back. I smelled the cut grass, and although I didn’t know it standing there in the pre-dawn with my fellow airmen—hours later, our tankers would land in England and we’d greet the aircraft crews with newfound respect and awe. My team would fix the planes and launch them back into the sky, mostly on schedule, day after day.

Years later, I would learn that we found chemical weapons in Iraq, just not the right ones: roughly 5,000 old chemical warheads, shells or aviation bombs. At least 17 U.S. service members would be exposed to nerve or mustard agents following the 2003 invasion. The plight and insufficient care of these people would be kept secret because the decades-old chemical weapons didn’t support the narrative that Iraq had an active chemical weapons program.

In 2015, I would still serve and wear my Air Force uniform proudly. I would watch my children play and, occasionally, envision taking vengeance on imaginary wrongs done to them. I would come to realize that there’s a big difference between love and regret and pride and honor, but that they all live within me, shifting and angling for my attention. That choosing to serve in the military and trying to remain a sane father would require that I hear all of them out.

Finally, after a long night, daybreak in England. We gathered our tools and walked back to the squadron. We were quiet. CNN was on the big screen in the common room. Baghdad explosions played on a loop.

Someone said, “Turn that shit up,” and we did.

No one cheered, but I was pleased and I was culpable in all the ways I had hoped I would be. A grey-haired man appeared on-screen. I heard him say “Nine eleven,” and then I drove to my rented house and I slept.