This 4th of July: 6 wise Jon Stewart tips for a more perfect union

"The Daily Show" has given us a wealth of tips on how to make our great nation even greater. Let's revisit 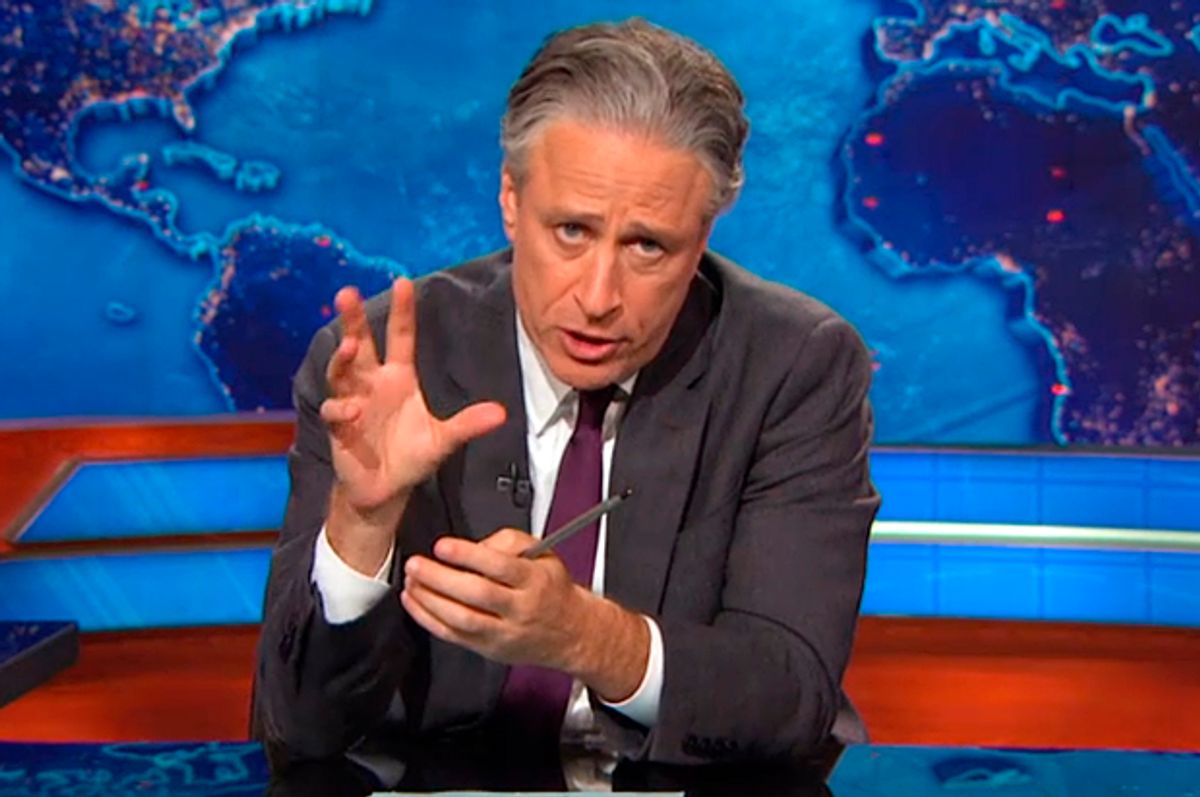 Much to the dismay of Morrissey, Jon Stewart will not be throwing his hat in the presidential ring at the end of his "Daily Show" stint come August.

However, there is a sliver lining here: Stewart, president or not, has already gifted us all the tips we need to live out our best lives, in the best nation in the world, no less.

This 4th of July, while you're shoving watermelons in your mouth and launching pollutants into the sky and listening to Springsteen, or whatever it is you do to celebrate the independence of this great nation, remember some of Stewart's wise words on how to make America's tomorrow even better than its today.

Let's revisit some tips through the years:

Stewart took aim at Kansas Gov. Sam Brownback in a recent segment, arguing that the Sunflower State's treatment of the poor was essentially bullying. A new state law introduced back in April restricted those in the Temporary Assistance for Needy Families (TANF) program from spending any of their benefits on things like “lingerie, cruises, tattoos, piercings, and movie tickets.” Stewart mocked Brownback saying, best case scenario, it would motivate people to escape the culture of federal dependency.

2. Hold tight to your political convictions, but don't be a hypocrite.

Up until very recently, Stewart had made a point of ignoring former Vice President Dick Cheney. He finally caved in an April segment, in which he threw on his sleuth cap and got to the bottom of Cheney's lies in an investigation piece called "The Jon Stewart Mysteries." The "Daily Show" host singled out one quote from an interview with Hugh Hewitt, in which he said, "I can’t think of a more terrible burden to leave the next president than what Obama’s creating here.” No? Not even the Bush administration? Stewart suggested.

3. Always read the things you are signing off on.

A bipartisan anti-sex trafficking bill was stuck in the Senate last March. The reason: Republicans snuck an abortion ban into the measure and Democrats didn’t read it. Stewart wasn't sure who to feel more embarrassed for in his segment, the Dems for "skimming" the bill and letting it pass through the Senate Judiciary Committee or the Republicans, including the disingenuous Senate Majority Leader Mitch McConnell, who twisted the whole fiasco on C-SPAN.

4. Acknowledge that white privilege is real and all around us.

Long-standing "Daily Show" nemesis Bill O'Reilly stopped by the show at the tail end of last year. Stewart tried to get him to acknowledge that white privilege was real and had little luck. "Look, if there's white privilege then there's Asian privilege, because Asians make more than whites," O'Reilly argued.

5. When confronted with a national tragedy, do more than "jackshit" about it.

Following the shooting at a historic black church in Charleston, South Carolina, Stewart delivered a sobering message to his viewers. First apologizing that he had not done his job and come up with any jokes, Stewart continued, saying that one of the biggest tragedies of all would be everyone doing "jackshit" about the horrifying murders.

6. Throwback: Remind yourself that no one can take Bruce Springsteen away from you. Not even Glenn Beck.

In 2013, Stewart took on "Citadel," a proposed right-wing utopia that would keep residents “safe from the liberal tyrants.” He dragged the recently departed Fox News anchor Glenn Beck into his discussion to make the point that it was just like his loony "Freedom Town" proposal from a while back. "You can take away my hot dogs, you can take away my fireworks and my beer, but you will never take my Springsteen!" Stewart yelled.