Sugar is literally killing us: The stunning fatality rates behind our soda addiction 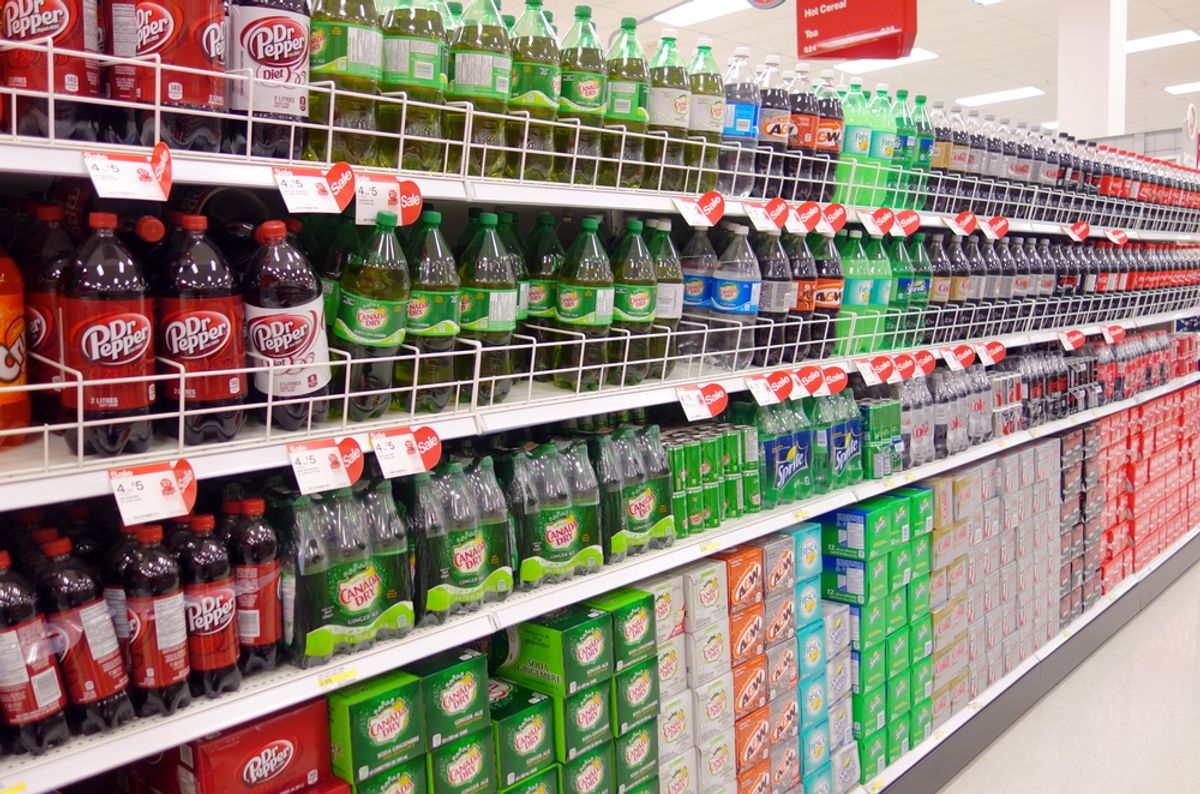 Pop. Soda. However you call it, the beverage can mean big trouble, according to a revised estimate of a 2013 study on the negative impact of sugary drinks.

Worldwide, sugary drinks are responsible for 184,000 deaths each year, with 25,000 of those deaths in America, according to the study published in the journal Circulation. This is larger than the estimate two years ago of 180,000 deaths in the same time frame. Researchers counted deaths from diabetes, heart disease, and cancer that are linked to sweetened soda, fruit drink, sports/energy drink, and iced tea consumption. The researchers found 133,000 annual deaths happen at the hands of type 2 diabetes, 45,000 deaths are due to cardiovascular disease, and 6,450 deaths are linked to cancer.

Dr. Dariush Mozaffarian, senior author of the study and dean of Tufts University's Friedman School of Nutrition Science and Policy, told Live Science that this means people ought to consume less sugary beverages. Though not all humans have access to healthy foods, lowering one's sugary drink intake can make a difference.

"Many countries in the world have a significant number of deaths occurring from a single dietary factor, sugar-sweetened beverages," Dr. Mozaffarian said. "It should be a global priority to substantially reduce or eliminate sugar-sweetened beverages from the diet. Some population dietary changes, such as increasing fruits and vegetables, can be challenging due to agriculture, costs, storage, and other complexities. This is not complicated. There are no health benefits from sugar-sweetened beverages, and the potential impact of reducing consumption is saving tens of thousands of deaths each year."

Study lead Gitanjali Singh added that the U.S. in particular sees a significant number of deaths by sugary drinks each year.

"Among the 20 countries with the highest estimated sugar-sweetened beverage-related deaths, at least eight were in Latin America and the Caribbean, reflecting the high intakes in that region of the world," Singh said.

When the American Beverage Association said in a statement that the research "does not show that consuming sugar-sweetened beverages causes chronic diseases and the authors themselves acknowledge that they are at best estimating effects of sugar-sweetened beverage consumption," Mozaffarian explained to the publication that obesity and sugary drinks are very much related. As ATTN: wrote earlier this year, the CDC finds sugary drinks are connected to poor dental health and obesity, among many other risks. Two years ago, General Dentistry found that years of diet soda drinking does similar damage to one's teeth as years of meth or cocaine smoking. The acid wears down a person's enamel and consequently increases that individual's chances of getting cavities, developing cracks, discoloring, and sensitivity.

"[The industry has] their heads in the sand," Mozaffarian said.

Singh said the impact is frightening for young people, as they were more likely to get a chronic disease attributed to sugar-sweetened beverages. This is not only harmful to their health, but also bad for workplace productivity.

"The health impact of sugar-sweetened beverage intake on the young is important because younger adults form a large sector of the workforce in many countries, so the economic impact of sugar-sweetened beverage-related deaths and disability in this age group can be significant," Singh said. "It also raises concerns about the future. If these young people continue to consume high levels as they age, the effects of high consumption will be compounded by the effects of aging, leading to even higher death and disability rates from heart disease and diabetes than we are seeing now."

In May, public policy nonprofit the Brookings Institute and the World Food Center of the University of California-Davis found the societal cost of obesity could be more than $1.1 trillion. Studying the 12.7 million obese children in America and and obesity data, researchers concluded that the individual cost is nearly $100,000 for every obese adult, with the lifetime costs totaling more than $1.1 trillion if these kids stay obese throughout adulthood.

"These health costs are felt in multiple different categories," research associate Matthew Kassman said at the Brookings Institute in Washington, D.C.. "The first is private costs: those that are borne by individuals themselves ... direct and indirect costs such as quality of life and lost wages. There's also public costs: those that are borne by taxpayers and private firms, and again these are direct in terms of healthcare and indirect such as lost productivity."

As ATTN: previously noted, Kassman's remarks are consistent with a 2011 Gallup poll that reveals overweight, obese, and unhealthy Americans cost $153 billion in lost productivity annually. According to the research, obese and overweight people are also at a higher chance of taking more unhealthy days off work per month.

"If all 12.7 million U.S. youth with obesity became obese adults, the societal costs over their lifetime would cost $1.1 trillion," Kassman continued. "Even if it weren't morally incumbent on us to care about the life and health of our fellow citizens, our research indicates that we have a clear economic incentive to do so."