Think the democratic socialist is a "fringe" candidate? You may be surprised how many Americans agree with him 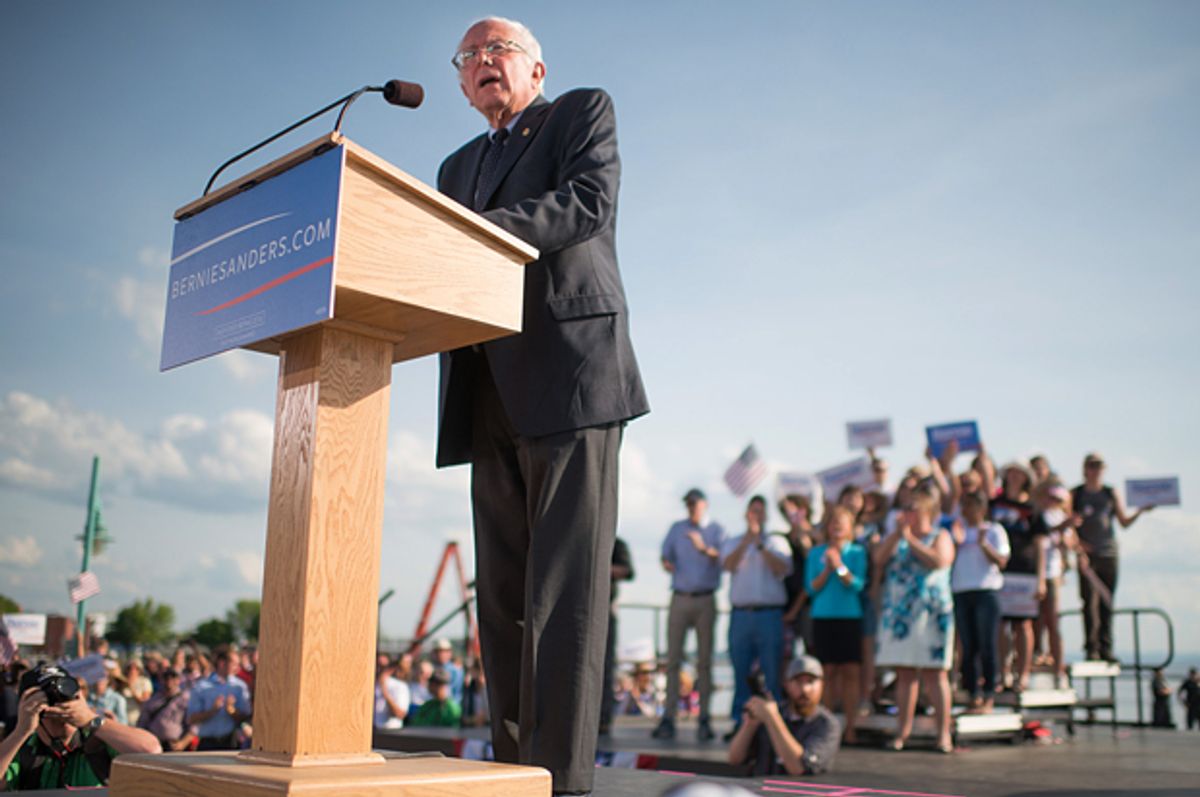 Independent Vermont Sen. Bernie Sanders has been described as radical or fringe by some but many of Sanders’ views and policy proposals are supported by Americans, according to public opinion surveys.

Health Care For All

Sanders is critic of the Affordable Care Act, arguing that it doesn’t go far enough and calling for a "Medicare-for-all" single-payer healthcare plan, similar to programs in most developed democratic nations.

"We are the only major country on earth that doesn't guarantee healthcare to all people as a right and yet we end up spending much more than they do. So I do believe that we have to move toward a Medicare for all, single-payer system," Sanders told ABC News.

The idea is extremely popular among Democrats, with nearly 80 percent in support according to a January 2015 poll by the Progressive Change Institute. The poll found that a majority of Americans overall supported a Medicare-for-all insurance option.

And seven in 10 Democrats and Democratic-leaning respondents agreed with the statement, “it is the responsibility of the government in Washington to see to it that people have help in paying for doctors and hospital bills.” Three-quarters of Republicans and Republican-leaning respondents disagreed according to the most recent Gallup survey.

Sixty-four percent of Americans say they are bothered a lot by the feeling that some corporations aren’t paying what’s fair in federal taxes, and 61 percent say the same about some wealthy people, according to a recent Pew poll. Meanwhile, 67 percent of Americans recently told Gallup they were dissatisfied with the way income and wealth are distributed in the U.S.

Sanders has proposed the College for All Act, a plan to provide free education at public colleges funded by a small tax on Wall Street transactions.

Sixty-three percent of respondents supported a similar proposal from President Obama earlier this year, including 47 percent of Republicans.

As a recent Gallup poll found, the burden of college tuition is crushing for many American households. Seventy-three percent of parents of children younger than 18 said they are either “very worried” or “moderately worried” about how to fund college for their children. That is more than the 70 percent of lower-income Americans who worry about having enough money to pay for medical costs in the event of a serious illness or accident

Sanders is running forcefully against money in politics and his campaign has shunned super PAC support funded by undisclosed billionaires.

According to polls, Americans are most in sync with Sen. Sanders on this issue.

Eighty-four percent of respondents said money has too great an influence on political campaigns.

Sixty-six percent agreed that the wealthy have the most influence.

Seventy-seven percent want to limit the amount of money individuals can contribute to political campaigns.

Forty-six percent agreed that “the system for funding political campaigns has so much wrong with it that we need to completely rebuild it.”

The Supreme Court just recently expanded the right to marry to same-sex couples but Sanders has been a supporter dating back four decades, voting against 1996’s Defense of Marriage Act and supporting his state’s legalization of same-sex marriage.

According to a May 2015 Pew poll, 57 percent of Americans agree, including most Republicans under 45.

Sanders’ willingness to call himself a democratic socialist may set him apart in American politics but as the polling shows, his views are hardly out-of-step with American voters.