For starters, quit assuming all people want to have children or that life is somehow meaningless without them 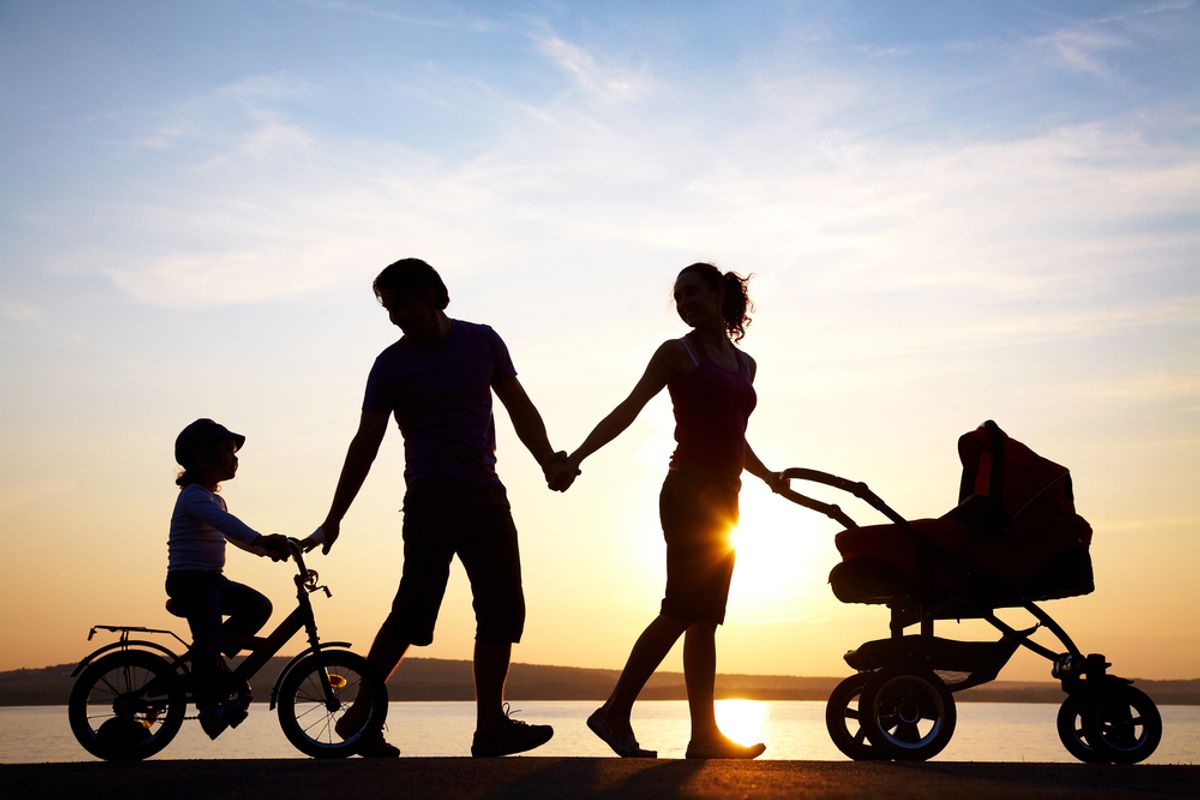 An earlier version of this piece appeared on John Kinnear's personal blog, Ask Your Dad. You can also find him on Facebook.

First, I should say that I am 100% guilty of all of these. I know this reads as an advice list, but really it’s advice I’m giving myself. The “you” I am addressing in this piece is me…unless it applies to you; then it is you.

I ran head-first into this parenting thing, and have gladly and gratefully let it redefine me as a person. One unforeseen side effect has been that I view everything through the lens of parenting. Sometimes that is a good thing. For instance, I don’t leave steak knives lying around as much as I used to. Sometimes, and this is what I’ve recently learned, it can alienate my non-kid-having friends. Here are some things that are better left unsaid.

It usually goes like this. “Ugh. You know what really bugs me? When so-and-so compares her dog to my kid. Or when so-and-so refers to their dog as their kid. Dogs are not kids! She has NO IDEA!”

You know what? Unless “so-and-so” needs professional help, I guarantee “so-and-so” knows that her dog is not a human child. She also knows that having a dog is nothing like having a kid. What she’s really saying is “Oh! Yes. I also have something in my life that poops AND brings me joy.”

She is trying to relate to you and be a part of your life—the life where all you do is talk about your kids.

I know that it’s hard to relate when you have kids and your friends don’t. What were once close relationships can become sporadic meet-ups where you do your best to try to catch up with someone with whom you have very little in common anymore. Sure, you two were best buds in college, but now you have very different lives. So when “so-and-so” offhandedly, and perhaps awkwardly, tries to relate to your story about picking poo out of your bangs by comparing it to scraping dog shit out of the carpet, cut her some slack. She’s just trying to be nice. And she misses you.

2. You think you’re [insert anything here]! Try having kids!

Tired, stressed, in pain, covered in urine, it doesn’t matter. They all apply. Too often, we parents downplay non-parent’s concerns by pulling ours out and tossing them on the table. “Oh man! You worked 50 hours this week? Try doing that with kids!” “Oh man, you think your feet hurt from working outside all day! I’ve been chasing my toddler blah blah blah, punch me in the face please.”

It’s not a competition. If, on a scale of 1 to Passing Out Awkwardly in the Shower and Waking Up When the Hot Water Runs Out, your friend is at a 7, and three weeks into your first newborn you were at a 9, that DOESN’T MAKE YOUR FRIEND ANY LESS TIRED.

It isn’t that your experiences can’t be a valid contribution to the conversation, but instead of a my-pain-is-more-painful-than-your-pain approach, instead try sympathizing. Why not try using your experience as a new parent to help instead of compete? Say something like “Whoa! I bet you’re tired. When I was tired after my daughter was born, I found that pouring coffee directly into my eyeballs was incredibly useful.”

3. Don’t worry, when you have kids you’ll [insert anything here].

Not be grossed out by boogers, know who Dora the Explorer is, be happy…UGH. We’ve got to quit assuming that everyone is going to have kids. Some people don’t want kids and choose not to have them. Some people really want kids and are trying incredibly hard to have them. Indicating to these people that having kids is the only way they will reach some higher level of understanding is both inconsiderate and rude. I don’t know what the alternatives to these statements are. Maybe just cut anything that starts with “When you have kids…” out of your repertoire all together. It makes you sound like their mom anyway.

4. Is the party kid-friendly?

Unless you and your friend have some previous communication on this topic about how your little one is always welcome, assume the party is not kid-friendly. Don’t ask. If it were “kid-friendly” they would have invited you and your kids, and mentioned the awesome play room that they will have set up in the basement.

By asking your non-kid-having friends if their party is kid-friendly, you are putting them in the really awkward position of either MAKING their party kid-friendly on the fly, or telling you that the party is NOT kid friendly, which then, no matter how low-key the party was intended to be in the first place, pretty much requires that they now provide a steady supply of hookers and blow. Don’t make your friends set up a kids room, and definitely don’t make them buy hookers and blow.

5. My life didn’t have meaning before I had kids!

Look, I know this feeling. Sometimes it feels like all the worries I had before my kids were trivial. I understand the urge to convey that feeling into words. Don’t do it.

Your life may have a different purpose now, but your pre-kid life was an important part of your story, and your non-kid-having friends are a part of that. Don’t dismiss that part of your life the way most people skip the foreward to a novel they really want to read. By dismissing the “before” as just a build up to your kids, you are not only dismissing your friends, but you’re also implying that their story has not started yet.

If you have done or said any of these things, you don’t need to apologize. Just stop saying them. Apologizing will just make it worse. I apologized for one of these things and it came out poorly. It basically sounded like “Oh, you poor, delicate, non-kid-having flower. I am sorry that I was so consumed in my awesome parenting that I was neglectful and dismissive of our friendship. Please forgive me.”

There was no forgiveness needed. I hadn’t harmed anyone, I’d just annoyed them. Forgiving me would have been like forgiving a fly for landing on you. So I promise to try and be more aware of how I say things, a better friend, and less of a fly. And by less of a fly, I mean that I will not land on you, vomit on you, and then try to eat you. College is over. I don’t do that stuff anymore.