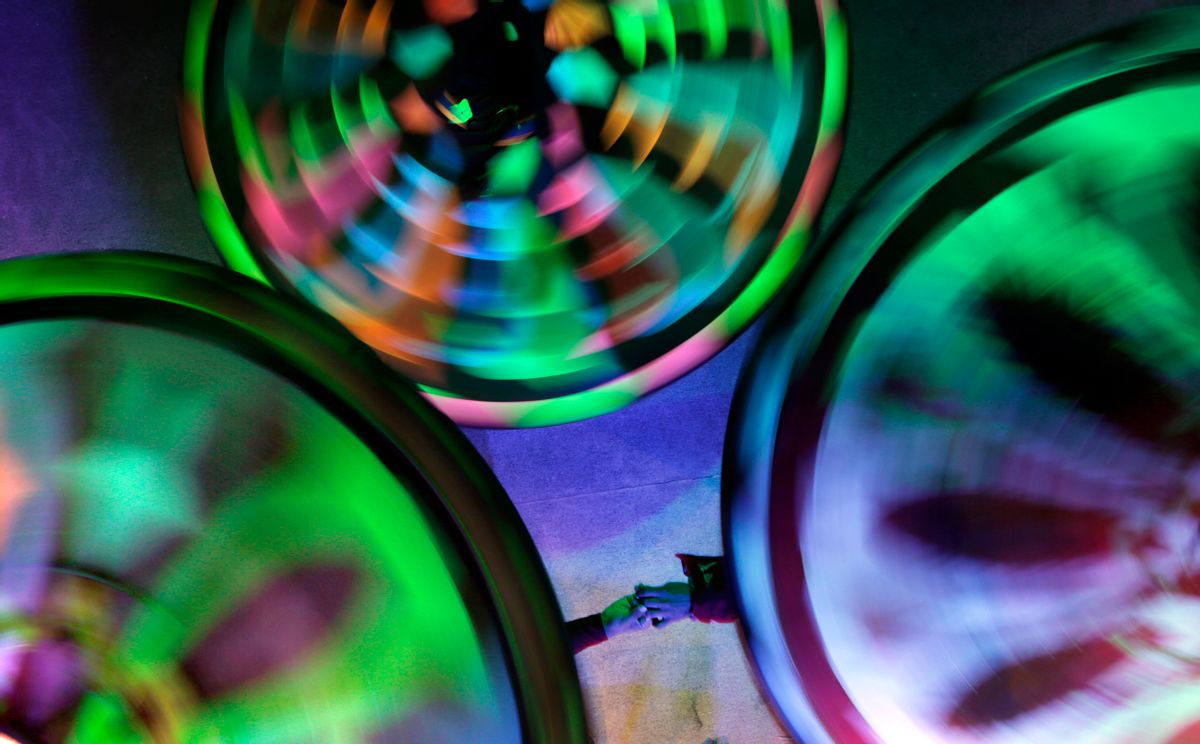 In this Thursday, April 23, 2015 photo, whirling dervishes from the Al-Tannoura Egyptian Heritage Dance Troupe during a performance at the El Sawy cultural center in Cairo, Egypt. The spinning of the dervishes is partially meant to symbolize the way Muslim pilgrims performing the Hajj pilgrimage ritually circle the cube-shaped Kabaa in Mecca, Saudi Arabia. (AP Photo/Amr Nabil) (AP)
--

Across the Middle East last week, Muslims continued to observe the holy month of Ramadan while Egypt saw a dramatic escalation as the country prepared to mark the second anniversary of mass protests that led to the military's ouster of Islamist President Mohammed Morsi.

A car bombing in Cairo assassinated the country's state prosecutor, followed by a wave of coordinated attacks on Egyptian troops by militants from an Islamic State affiliate in northern Sinai.

Days of fierce fighting engulfed the restive peninsula until President Abdel-Fattah el-Sissi announced that his troops had foiled an attempt by the Islamic State to seize territory and set up an extremist state there.

In Yemen, Saudi-led airstrikes hit Houthi rebel targets in the capital of Sanaa as the United Nations declared its highest-level humanitarian emergency in the conflict-torn nation where over 80 percent of the population need assistance

In Kabul, troops from a NATO-led convoy were targeted by a suicide attack and civilians, angered over the attack, turned on the soldiers.

Meanwhile, two lion cubs — Mona and Max — finally left a Gaza refugee camp and embarked on a journey to a wildlife sanctuary in Jordan. A Gaza family had bought the lions from a local zoo that was damaged in last year's Israel-Hamas war.

And near an extinct volcano in northern Israel overlooking the Sea of Galilee, Israeli and Russian history buffs and members of knight clubs re-enacted the 12 century Battle of Hattin in which Saladin's army defeated the crusaders.