FIFA will pay U.S. women's soccer champions a quarter of what it pays losing men's teams 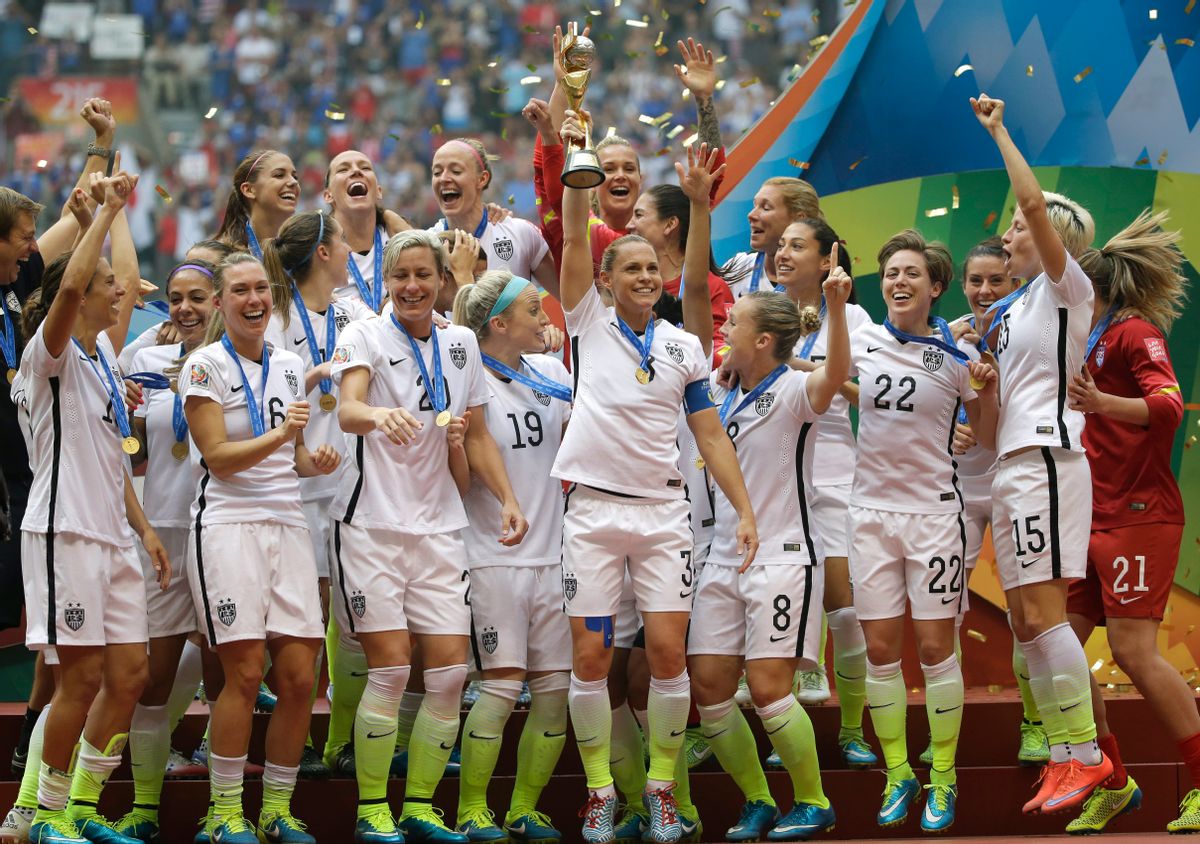 If, like the brilliant parody Twitter account, you often find yourself wondering "who needs femismnm," you're in luck: FIFA has provided an answer. And that answer is "the U.S. women's soccer team," which defeated Japan in the Women's World Cup championship over the weekend, but will still get paid less than men make just for stepping onto the field.

As Think Progress notes, FIFA will award the top women's team $2 million for winning the 2015 World Cup, which is twice as much as it gave the Japan women's soccer team when they won the title in 2011. But the prize is still 4 times less than the $8 million men's teams receive when they lose in the first round, and hardly more than the $1.5 million they get just for playing.

Of course, this is hardly the first time gender discrimination has been brought up during this year's Women's World Cup: Several top players filed a lawsuit against FIFA earlier this year for requiring women's teams -- but not men's -- to play on artificial turf, which can greatly increase the risk of injury on the field. Additionally, commentators have called out the indiscreet sexism viewers and sports reporters have shown while watching (or, rather, not watching) the tournament, so the disparities aren't exactly contained to FIFA's payment plan.