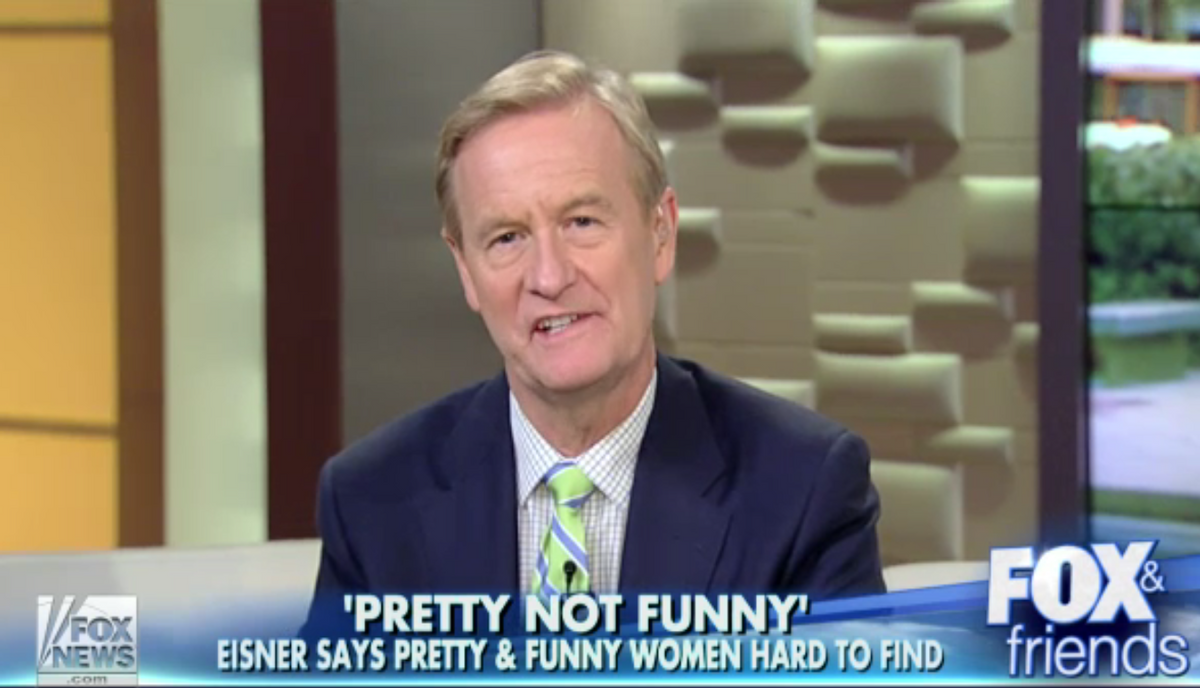 Former Disney CEO Michael Eisner did a pretty crappy job of paying Goldie Hawn a compliment over the weekend, when he told the star in front of an audience at the Aspen Ideas Festival that, in Hollywood, "the hardest artist to find is a beautiful, funny woman" such as herself. Recognizing that he was "going to get in trouble" for his comments, Eisner grossly generalized that "unbelievably beautiful women ... are not funny." Naturally, people got pissed.

But not Fox News! In an effort at objectivity (?), "Fox & Friends" host Steve Doocy wrangled a panel of comedians to dissect Eisner's comments and debate the former CEO's central point: Can beautiful women be funny?

"Is he right?" Doocy began. "Are female comedians simply not hot?"

The panelists proceeded to make fun of Eisner's remarks, as well as the notion that women can't be good-looking and hilarious, but the real question isn't whether or not it's possible for women to be both of those things. Rather, we should probably be wondering why on earth we're discussing women's capacity to be funny and attractive -- gasp! -- at the same time on cable news. Seriously, is this something we're really still questioning?