Most decline to answer: "Do you support legislative action to remove the Confederate symbol from the state flag?" 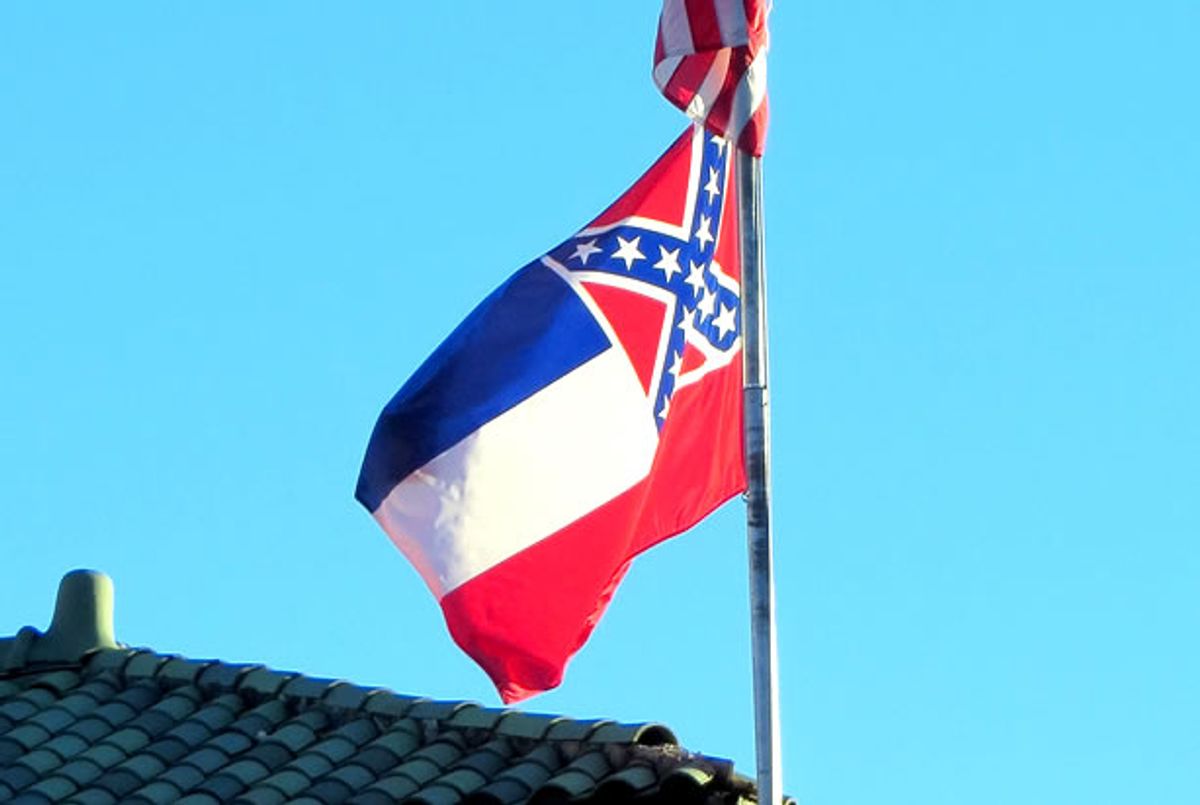 As senators and representatives in South Carolina begin debating whether to remove the Confederate battle flag from the state capitol grounds, a newspaper in Mississippi is attempting to shame its lawmakers into confessing their position on whether to remove the controversial icon from the canton of its state flag.

The Clarion-Ledger contacted every member of the state house and senate and asked them a simple, unambiguous question: "Do you support legislative action to remove the Confederate symbol from the Mississippi flag?"

All of the house members who want the symbol to remain were, perhaps unsurprisingly, Republicans, whereas the majority of those who wanted it removed were Democrats. In the senate, the large majority of respondents apparently don't want to discuss the issue at all, which is understandable given the acrimony that accompanies debates about the battle flag and its legacy.

No one knows this better than South Carolina lawmakers, who are attempting for the second time in less than two decades to vote on the removal of the flag. In 2000, the legislature engaged in a heated debate about whether to remove the flag from the statehouse dome, ultimately compromising by establishing the Confederate monument over which it currently flies.

Such an option is not, for obvious reasons, available to Mississippi lawmakers -- that is, if they're ever even inclined to engage in such a debate.