Neoliberals must answer: How Greece's rejection of austerity puts them on the spot

Greek voters had to choose between a united Europe and neoliberal hegemony. They have. Now it's the Troika's turn 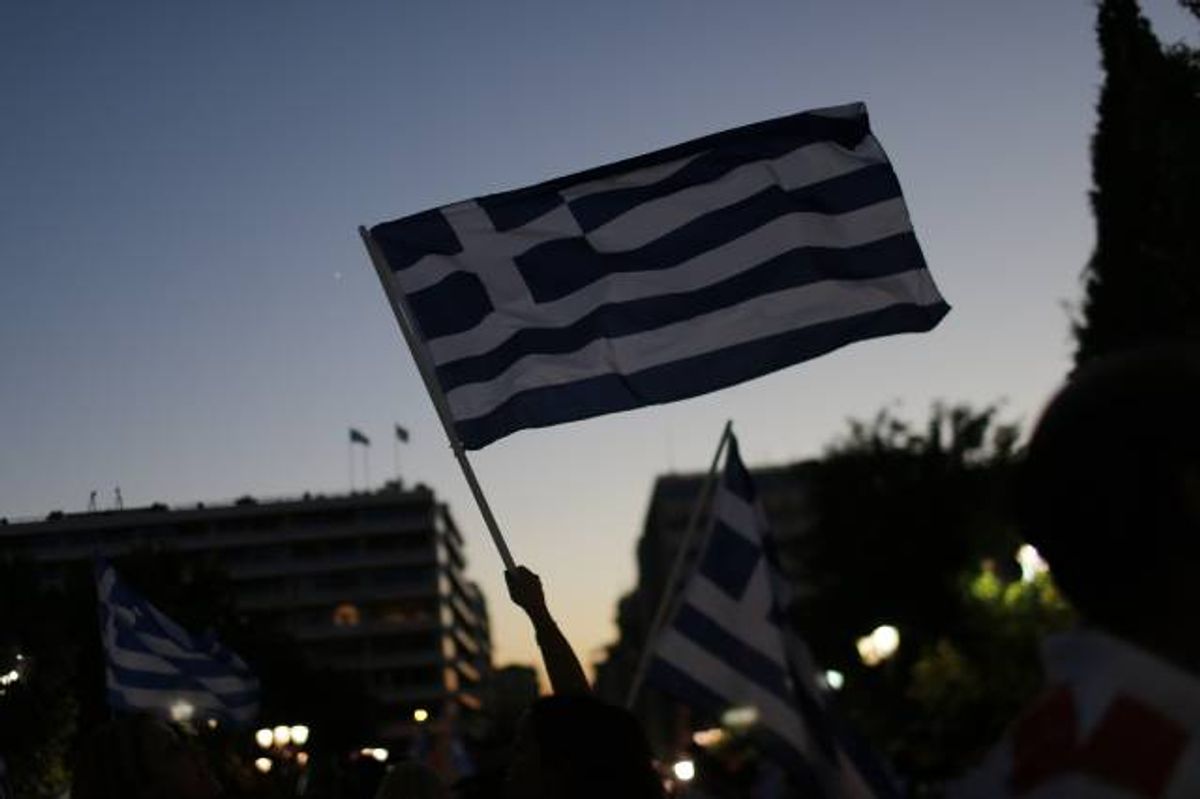 Supporters of the No vote wave Greek flags after the first results of the referendum at Syntagma square in Athens, Sunday, July 5, 2015 (AP Photo/Emilio Morenatti)
--

Over the weekend, when most Americans were celebrating their country’s liberation from foreign control by nursing a hangover, voters in Greece went to the polls for what may prove to be the most important election of their lifetimes. As people in the U.S.A. tried to shake-off the caloric chains they’d fastened to their waistlines with cheap beer and sandwiches, the men and women of Greece were forced to provide a one-word answer to a question Americans have grappled with for centuries without reaching a definitive answer. Namely, what does it actually mean for a country to be “free”?

Technically, the question put to Greek voters in Sunday’s referendum was more prosaic. Syriza, the anti-austerity leftist party that came to power earlier this year with a long-shot promise to persuade the International Monetary Fund, the European Commission, and the European Central Bank (aka “the Troika”) to stop forcing austerity onto Greece in exchange for loans, wanted guidance. The Troika’s final offer was much less reasonable than Syriza had hoped. So Prime Minister Alex Tsipras, out of nowhere and for reasons that are still unclear, decided to call a referendum. Greek voters were thus confronted with a seemingly simple choice: Take the deal, or walk.

In reality, of course, the decision wasn’t simple in the least; and the consequences of voting one way or the other were impossible to guess. If Greeks accepted the Troika’s offer, a few things were quite likely to happen. Greece’s economy, which was already in the midst of an economic disaster even worse than the Great Depression, would be forced to endure yet more austerity “reforms.” More cuts to pensions, more cuts to social services, more taxes on workers, more union-busting, and more privatization. It was likely that the Troika would demand Syriza’s leaders be ousted from government before the inevitable next round of loan negotiations, too.

If Greek voters decided, however, that they didn’t want to expand the Troika’s power over their economy all the way to their government, the repercussions were even more unclear. Syriza told the people that a vote against the deal would not be tantamount to a vote for ditching the euro. But the Troika, which wants to make an example of Syriza so similarly minded figures in the rest of the eurozone don’t get any big ideas, said the opposite. In fact, they even went so far as to claim that the deal offered by the referendum had been taken off the table. Either way, it seemed, a vote against the deal would make the chaotic prospect of a “Grexit” much more likely.

This was the choice facing Greek voters on Sunday. Would it be better to accept the Troika’s demands — to essentially allow neoliberal bureaucrats and bankers to dismantle Greek’s social democracy in exchange for loans that even the Troika’s own economists admitted would fail to sufficiently curtail the country’s debt — in order to stay in the eurozone? Or would it be better to rip off the bandaid, become the first country to give up the euro, and hope that, in the end, the next few years of turmoil would be easier than austerity without end? Was freedom best manifested by the wealth and comfort of eurozone membership? Or was it making your own decisions, come what may?

For a resounding majority of Greek voters, some 61 percent, the latter option seemed like a better choice. Obviously, it’s unlikely that all or even most understood their vote as a call to drop the euro; after all, that’s the Troika’s argument, not Syriza’s. But there’s no doubt that the vast majority of Greeks understood that by voting against the Troika’s offer, they were throwing their weight behind a clear, severe and dramatic break from the status quo. True, it was a status quo so rotten that a vote for freedom reminds one of the iconic line in “Me and Bobby McGee.” But if you’re looking for someone to blame for this sorry state, look to the Troika — not the people of Greece.

And now that the people of Greece have made their preference known, the weight of moral responsibility lies, as it always has, with the Troika, those men and women who are supposed to help build a Europe that is both prosperous and united. These people, many of whom have spent decades promising that liberalized markets and liberal democracy go hand-in-hand, will now show us their real motivations. Because just like Greece, they now have to choose between two increasingly mutually exclusive options. They can either sacrifice in the short-term for the good of the European project; or they can blow it up in the name of preserving neoliberal hegemony.