Scott Walker's destructive extremism: Why his own sons are "disappointed" by his opposition to same-sex marriage 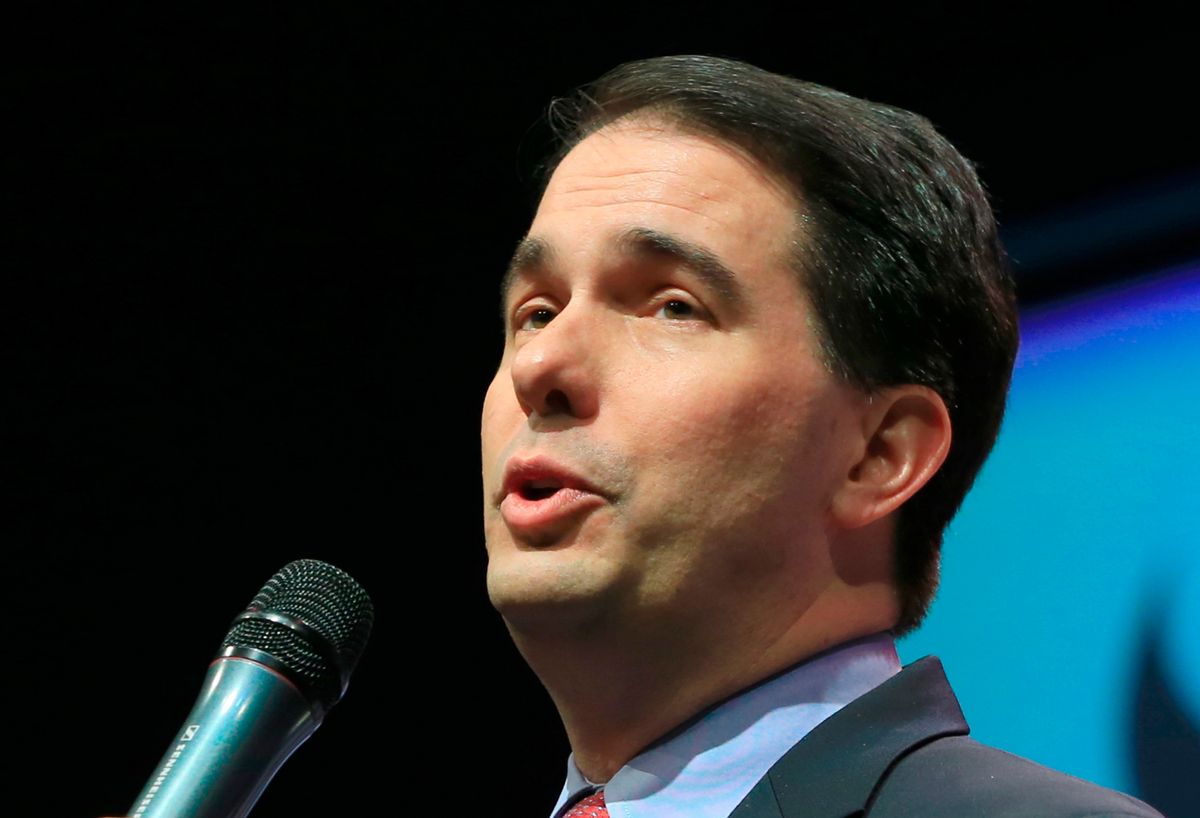 Even in the wake of the Supreme Court's decision to extend marriage equality to all 50 states, Wisconsin Gov. Scott Walker has remained staunch in his opposition -- and it's upsetting his family. Unfortunately for Walker and other Republicans, this seems to be pretty common.

In a recent profile on Walker's wife, Tonette, the Washington Post discovered that the soon-to-be GOP candidate's sons were "disappointed" in their father's response to the SCOTUS decision, which he called "a grave mistake" shortly after the ruling came down:

In the political world, Walker drew immediate scrutiny for being particularly strident. In their house, Tonette Walker heard immediately about her husband’s response from the couple’s two sons, Matt and Alex, who are taking time off from college to help their father’s campaign. She told them to talk directly to him.

“That was a hard one,” Tonette said, pausing and choosing her words carefully. “Our sons were disappointed. . . . I was torn. I have children who are very passionate [in favor of same-sex marriage], and Scott was on his side very passionate.”

“It’s hard for me because I have a cousin who I love dearly — she is like a sister to me — who is married to a woman, her partner of 18 years,” she said.

She said her son Alex was her cousin’s best man at their wedding last year.

The divide in the Walker household isn't unique: According to a recent Pew Research Center poll, 61 percent of Republicans under age 30 support marriage equality, compared to less than a quarter of their counterparts over 65. But those disparate opinions seem to have shaped the way some older Republicans, including Walker, are approaching the issue publicly. Days after the decision, speaking to a crowd of Colorado conservatives likely to join in his opposition, the governor had fewer harsh words for marriage equality advocates.

"We should respect the opinions of others in America," Walker said. "But that in return means that they not only respect our opinions, they respect what is written in the Constitution."

Walker confirmed for the Washington Post that his family does have some effect on how stringent his messaging will be, saying their disagreement “doesn’t mean I change my position,” but that it might force him to find “a different way of explaining it, so they can appreciate where I am coming from.”

Oh, and the Post threw in another fun fact about the Walkers:

Their wedding day was also, coincidentally, Ronald Reagan’s birthday, so every year they have a Gipper-themed anniversary party with jelly beans and macaroni and cheese.