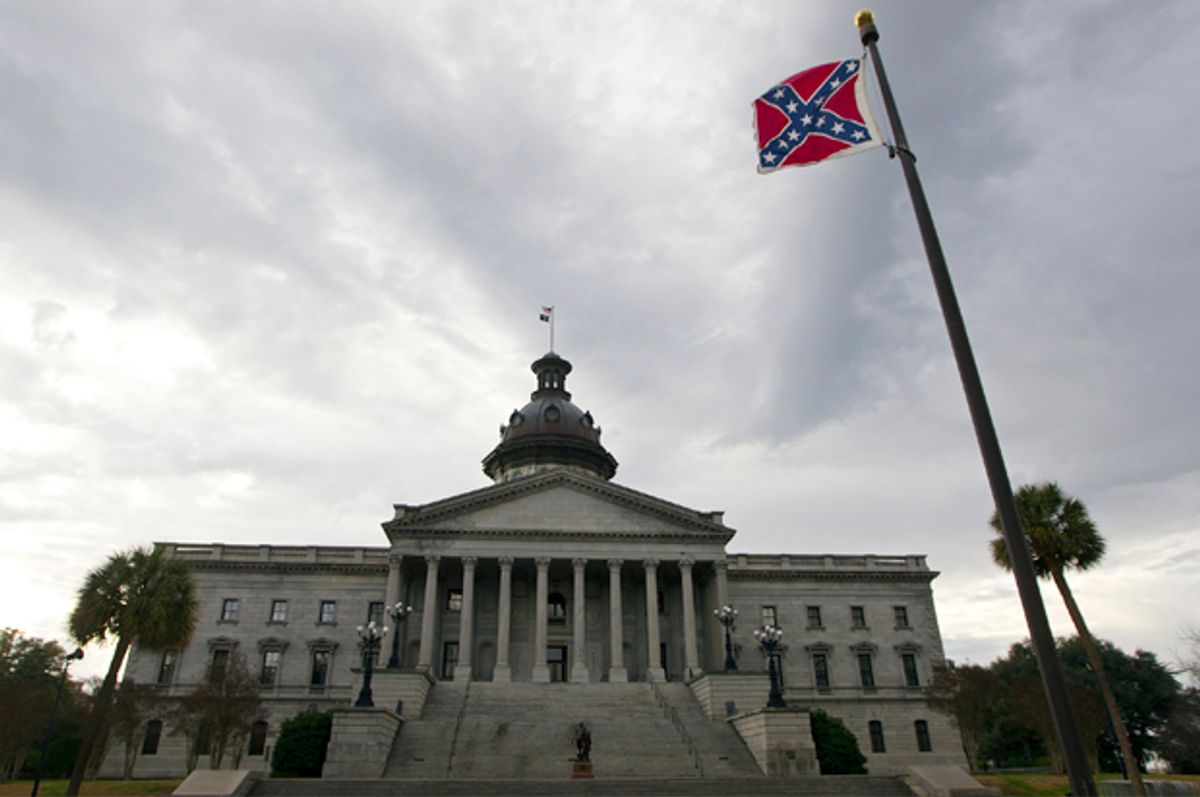 A bill to remove the confederate battle flag from state house grounds passed its "second reading" by a vote of 37-3 today in the South Carolina Senate, setting it up for a third vote tomorrow before the bill heads to the House.

Nearly two weeks after South Carolina Gov. Nikki Haley called for the flag to be taken down in the wake of a deadly shooting at a historical black church in Charleston, the South Carolina Senate finally took up debate on the placement of the symbol, hoisted by the self avowed white supremacists Dylann Roof, on government property.

As the debate got underway, about a dozen protesters on both sides exchanged heated words outside, according to local reports. And although the debate was quickly derailed when state Senator Lee Bright took the opportunity to rail against same-sex marriage, the Senate managed to reach near unanimous agreement on the flag's removal, with only 3 Senators voting no. Rev. Clementa Pickney, the murdered pastor of Mother Emmanuel AME Church, was also a South Carolina senator.

Two-thirds of the legislature must vote in favor of the flag's removal according to a 2000 comprise relocating the flag from the statehouse dome to a Confederate war memorial on state grounds.

Sen. Bright had called for the matter to be addressed by the voters of South Carolina in an amendment that failed along with another that proposed to fly the flag only on Confederate Memorial Day.

The State newspaper reported that pro-Confederate flag robocalls urged South Carolinians to call their representatives and to tell them to vote no on the "sick and un-American" legislation mandating the flag's removal by "leftist fanatics who want to destroy the South we love."

If the bill passes a third vote in the Senate it goes to the House where it will need at least 83 supporters and then it heads to Governor Haley's desk.