The dangerous truth about Europe's obsession with austerity: Why the Greek anti-bailout vote was so important 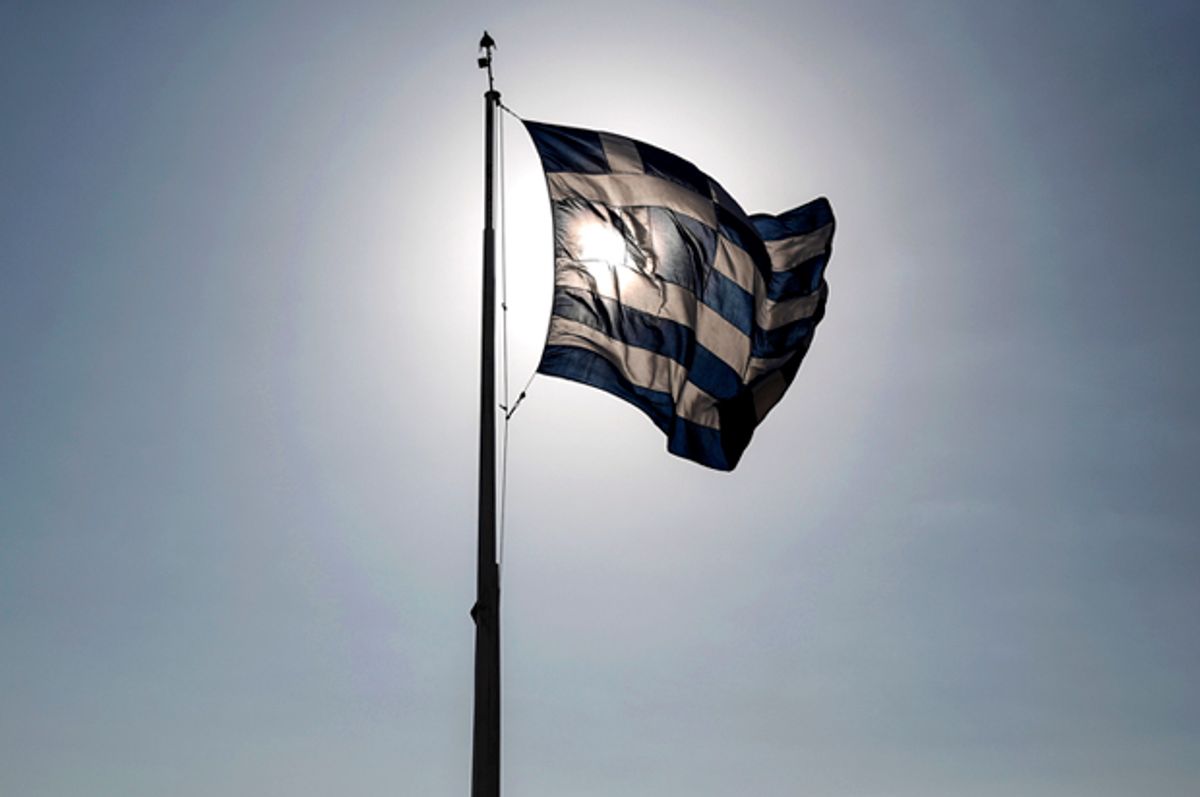 While the world fixates on the Greek-Euro drama it is important to keep in mind that it is only just one facet of a deepening global debt crisis which is being largely ignored, even as it continues to threaten the basic viability of dozens of countries.

As the IMF and global creditors press for timely repayment, they often insist on austerity measures that force cuts in government services that further undermine the ability of the debtor nations to function. “In our estimate there are 49 countries that based on World Bank data are in such extreme to moderate debt distress that it impacts their ability to provide the most basic in human services,” says Eric LeCompte, executive director with Jubilee USA, a non-profit that also describes it self as a religious development organization.

Founded in 1997, Jubilee USA has helped struggling nations get $110 billion dollars in international debt relief through multilateral agreements in 1999 and 2005. LeCompte says that debt relief meant that countries could invest money they would have sent to their international creditors into the social well being of their people. “In Africa alone 54 million kids were able to go to school for the first time,” he says. But that $110 billion dollars was not nearly enough. “Still many of those countries that benefited” from the debt relief “are still heavily indebted,” he says.

The titans of global finance in places like New York, London and Brussels like to condescendingly blame the endemic corruption in these debtor nations as the source of the problem. Yet, in reality it is the very international banking sector itself that makes the corruption possible, by offering dozens of so called “off-shore” tax havens where dictators and their families can stash the money they have stolen from their countries.

“The developing world loses a trillion dollars a year to tax evasion and corruption that’s also described as illicit financial flows,” LeCompte says. “Debts and the loss of tax revenue are the flip side of the same coin. Right now for every $10 a developing country gets in so called development aid they loose $150 in debt repayment, tax evasion and the cost of corruption.”

“As many as 80 of the member nations of the almost 200 that are members of the International Monetary Fund are running off-shore tax havens that rely on a substantial amount of secrecy and non-transparency,” says James Henry, a senior fellow with Columbia University’s Center for Sustainable International Investment.

Henry says that Greece's government got stonewalled by European bankers when they tried to get an accounting for the 100 billion euros stashed by its wealthiest citizens in Swiss bank accounts to avoid greek taxes. “The corruption they are always talking about in Greece," says Henry, "is totally enabled by this network of tax havens and institutions that profit off that corruption.” He adds that the arrest this spring of former IMF chief Rodriguez Rato on income tax evasion and money laundering charges by Spanish authorities is a sign that the IMF itself is part of the problem. (Rato, who preceded the disgraced Dominique Strauss-Kahn at the helm of the IMF, served as the finance minister of Spain in the conservative government of Jose Marie Aznar.)

Last year, The Guardian and an international network of 80 journalists from 26 countries reported that Jean Claude Juncker, president of the European Commission, as prime minister of Luxembourg helped multinational corporations escape billions of dollars in tax payments by "locating" in the tiny Grand Duchy. “These international bureaucratic elites like the IMF are not dissimilar from FIFA,” says Henry referring to the international soccer association that’s the target of a massive criminal corruption probe by the US Department of Justice. “They have sovereign immunity and they do as they please.”

So just where did the IMF come from? Today it has close to 200 nation state members and a weighted voting system which gives the world’s largest economies more clout in its decisions. But what where its origins?

In the Second World War, over 400,000 Americans died fighting the fascist German and Japanese regimes. Worldwide, tens of millions of civilians were killed in the cross fire, and by the famine and dislocation that followed. Between the horrors of the U.S. atomic bomb attacks on Japan and the Holocaust, the human species demonstrated its ability to put its industrial knowhow to work to destroy other humans on a breathtakingly efficient scale.

In the aftermath there was a lot of collective soul searching. After all, World War I was supposed to be the war to end all wars. Was it possible that the draconian reparations imposed on Germany after World War I mired the defeated nation so hopelessly in international debt that the way was paved for the rise of Adolph Hitler? As we tried to put the world back together again the folks in charge decided to try something different, forgive Germany’s debt and help it re-build.

The IMF came into being at the July 1944 UN Conference at Bretton Woods, New Hampshire, which included 44 nations. According to the IMF website, their ambition was “to build a frame work for economic cooperation that would avoid a repetition of the viscous cycle of competitive devaluations that had contributed to the great depression of the 1930s.”

Just a few years later, post-war Germany would be one of the early beneficiaries of this new multilateral spirit of problem solving. Ironically, Greece was one of the countries that signed off on the 1953 London Debt Agreement that reduced Germany’s existing international war debt by 50 percent, extended the time to pay off the remainder and, as Yale professor Timothy Guinnane points out, “allowed Germany to postpone some payment until re-unification” with East Germany. That’s called being flexible.

These days, global bankers are not so generous. Consider the sad state of Nepal, which back in April was struck by a powerful earthquake and aftershocks that killed 8,600 people and destroyed over a half-million homes. Nepal was denied access to a special IMF debt relief trust fund that helps poor countries that are hit with a natural disaster or an epidemic on the scale of what western Africa recently experienced during the Ebola outbreak.

According to Jubilee USA to get IMF debt relief the disaster has to impact at least a third of the population, destroy 25 percent of the nation’s productive capacity, or have caused destruction equivalent in to the size of the country’s entire economy. “This is troubling news,” says LeCompte with Jubilee USA. “Given the devastation in Nepal its hard to believe that criteria was not met.”

Currently, Nepal owes the IMF, the World Bank, the Asian Development Fund and other foreign creditors $3.8 billion dollars in debt. “That means even now they have to make $600,000 in daily payments,” says LeCompte.

While the losses and pain from World War II are increasingly abstract, as that age cohort leaves this earthly plain, it would be tragic if in the blur of the 21st century we forgot that essential lesson we learned when we forgave so much of Germany's debt laying the groundwork for a prosperous nation.

How ironic that we expended so much blood and treasure to head off 20th century global fascist domination by Germany and Japan only to have the entire planet in the 21st century in debt bondage to great and insatiable wealth from nowhere in particular.