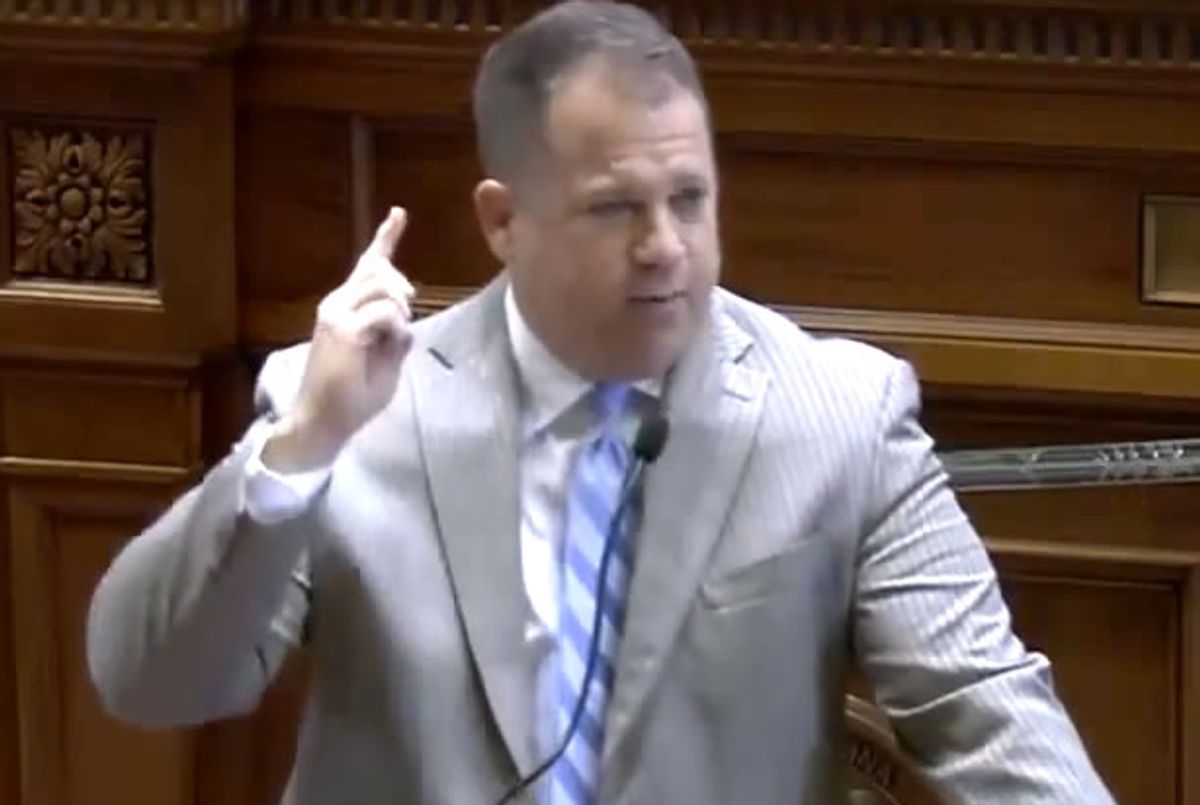 The debate over the removal of the Confederate battle flag from the South Carolina capitol grounds was derailed before it had even began by state Senator Lee Bright, who urged his fellow senators to put aside the legacy of slavery and discuss the most pressing issue of the day -- "this gay marriage thing."

Sen. Bright -- who has a long history of grandstanding on issues related to the LGBTQ community -- began by noting that he witnessed President Barack Obama sing "Amazing Grace" at the funeral for the nine parishioners killed by Dylann Roof in Charleston, South Carolina last Friday, only to later discover that same night "the White House [was] lit up in the abomination colors" of the gay pride flag.

"Romans chapter 1 is clear, the Bible is clear," he continued. "This nation was founded on Judeo-Christian principles and they are under assault by men in black robes who were not elected by you." Sen. Bright complained on behalf of the county clerks who will be forced to issue same-sex marriage licenses thanks to "the tyranny of five judges."

"We need to debate this on the floor," he said, although he acknowledged that "our governor called us in to deal with the flag that sits out front." Instead, he implored his fellow senators to "deal with the national sin that we face today."

"It's time for the church to take a stand," the senator said. "It's time to make our stand and we're not doing it! We can rally together and talk about a flag all we want -- but the devil is taking control of this land and we’re not stopping him!"

He brought the discussion back to the issue of race, albeit obliquely, claiming that "I know how people of all colors feel" about the same-sex marriage debate.

"Let’s find some way to deal with marriage," the senator concluded. "If we’re not going to find some way to deal with marriage -- like our forefathers did -- or push back against a tyrannical government -- like the founders of this nation did -- let’s at least not put these citizens in South Carolina in a position where they’ve got to choose between their faith and their jobs."