Bill Cosby's accusers respond to newly released testimony: "I'm so relieved the truth has come out"

With news that the comedian admitted to attempting to drug women, two of his alleged victims speak out 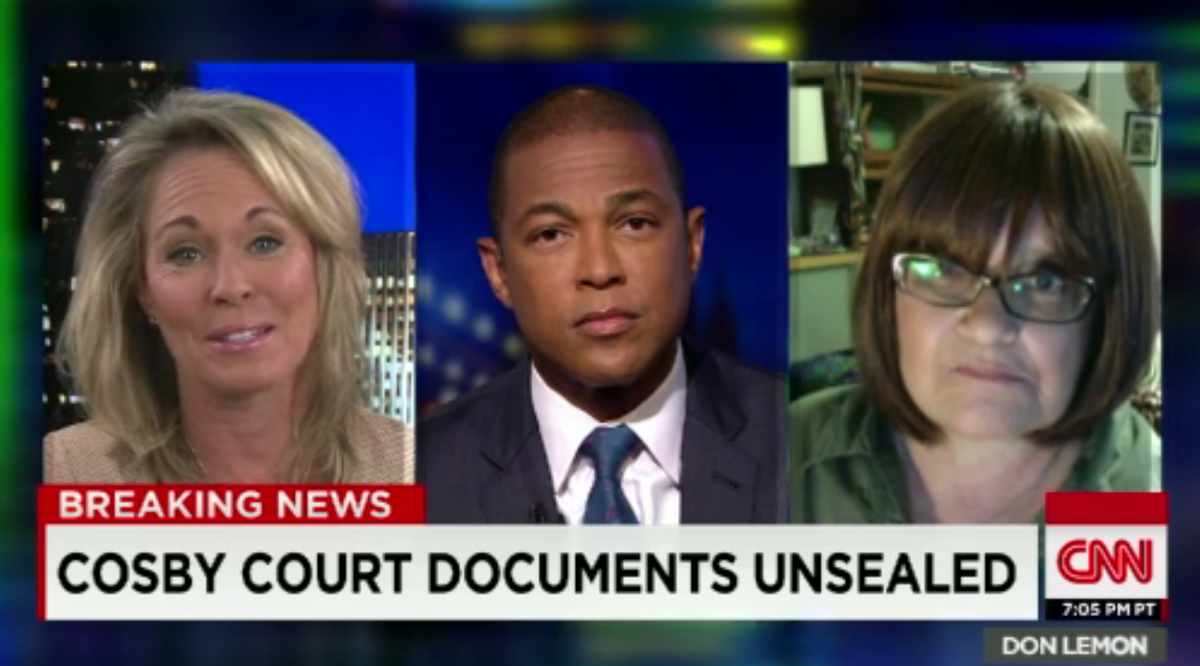 The Associated Press on Monday released damning testimony from a 2005 civil suit against Bill Cosby, who was accused by Temple University employee Andrea Constand of sexual assault, and admitted during his deposition to buying sedatives with the intent of drugging women he wanted to have sex with. The case was settled out of court for an undisclosed sum nearly a decade ago, and until recently the documents were sealed. But with the release of Cosby's testimony this week, new questions are being raised -- and the more than two dozen women who have accused him of sexual misconduct are finding themselves vindicated.

Two of Cosby's alleged victims, Barbara Bowman and Joan Tarshis, responded to the revelations on Monday evening, telling CNN host Don Lemon they were thrilled to see Cosby's partial confession. Bowman, who volunteered to testify in Constand's suit, told CNN she had spent years waiting to be heard, and that still this might just be the beginning of securing justice for herself and other accusers. Tarshis, similarly, said she felt as if a weight had been lifted.

"I'm so relieved that the truth has come out," Tarshis said.

"When I joined that case, I thought that was going to be a game-changer, and unfortunately it wasn't," Bowman added, explaining her involvement with the Constand case. "To see those words today...I didn't know whether I was gleefully happy, or feeling like I wanted to get out there and scream that from the rooftops. But it is a game-changer, and it's about time."

Watch Bowman and Tarshis on CNN below: