"Nothing tells me we can't go up there, clear out 10 acres, and put up the world's biggest Confederate flag" 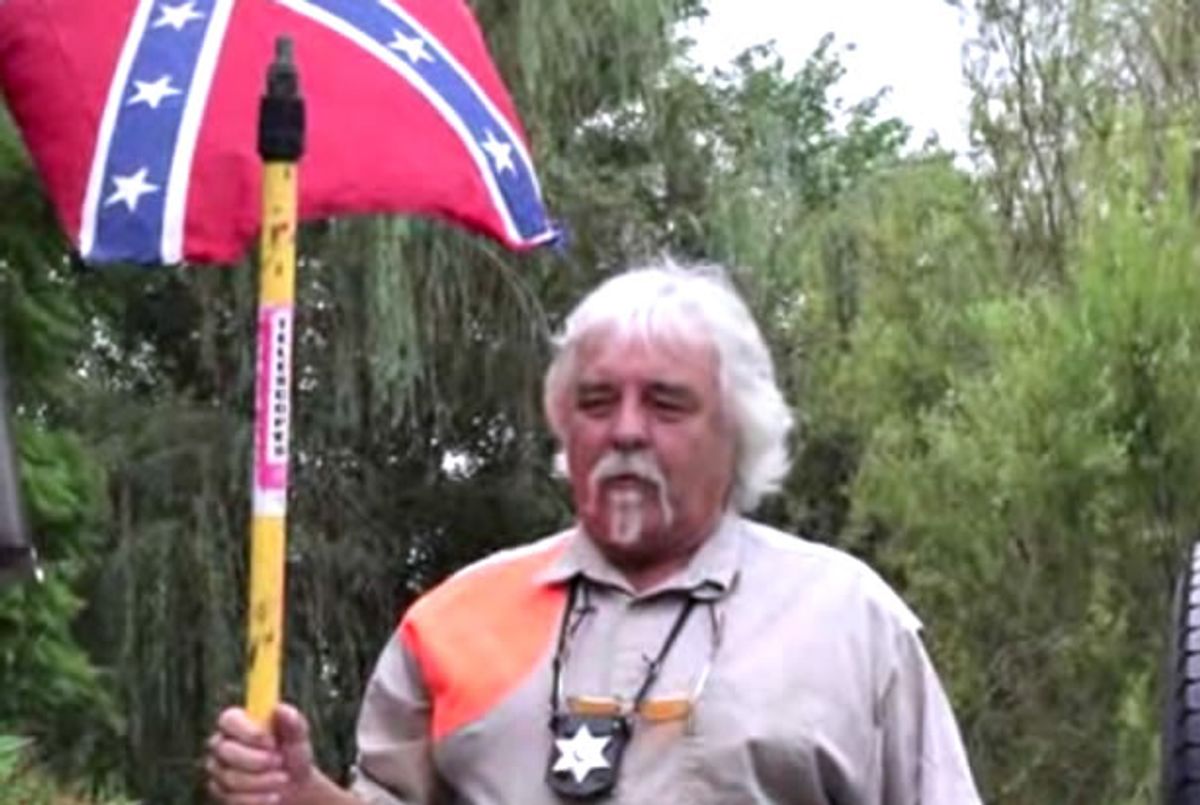 A former mayor of Dunlap, Tennessee waded into the Confederate battle flag controversy by declaring his intention to remind people of the South's adamant belief in states' rights by recreating the battle flag on the side of Fredonia Mountain.

Carson Camp admitted to the Chattanooga Times Free-Press' Ben Benton that "there's no question" that racist organizations like the Ku Klux Klan have appropriated the battle flag for their own nefarious purposes, but was adamant that such appropriations obscure the flag's "real history."

He called the "knee-jerk" reactions to the massacre in Charleston, South Carolina -- which presumably includes the state legislature's attempt to remove the flag from the capitol grounds -- an attempt to "erase history," and compared such efforts to the destruction of historical artifacts by the Taliban. He characterized the attempt to link this symbol of Southern heritage to Dylann Roof's murderous rampage as "unfair."

"My son said, 'What can we do to stop this? They're taking down every symbol of the South,'" Camp told the Chattanooga Times.

"I said, 'If we wanted to there's nothing that tells me we can't go up there and clean out 10 acres and put the world's biggest Confederate flag up.'"

Camp owns several hundred acres on the side of the Fredonia Mountain, and plans to enlist the aid of the local community in order to help him build his Confederate Rushmore. He will use hundreds of stones painted red, white, and blue to recreate the battle flag on the mountainside.

Dunlop Mayor Dwain Land told the Chattanooga Times that "it's his property, he can do what he wants," adding that "from an economic standpoint, if it turns out to be a sightseeing site like Mount Rushmore or Stone Mountain, it'll be a benefit for Dunlap."

By "Stone Mountain," the mayor is referring to the already extant Confederate Rushmore in Georgia featuring Confederate President Jefferson Davis and Generals Robert E. Lee and Stonewall Jackson. While the economic benefit to the city might justify erecting another monument to the Lost Cause, it remains to be seen what benefits would accrue for the country by building a second Confederate Rushmore.

Watch a report on Camp's efforts from the Chattanooga Times here.