GOP committee member reprimanded for flying Confederate battle flag resigns: "I won't be a slave to the Republican Party" 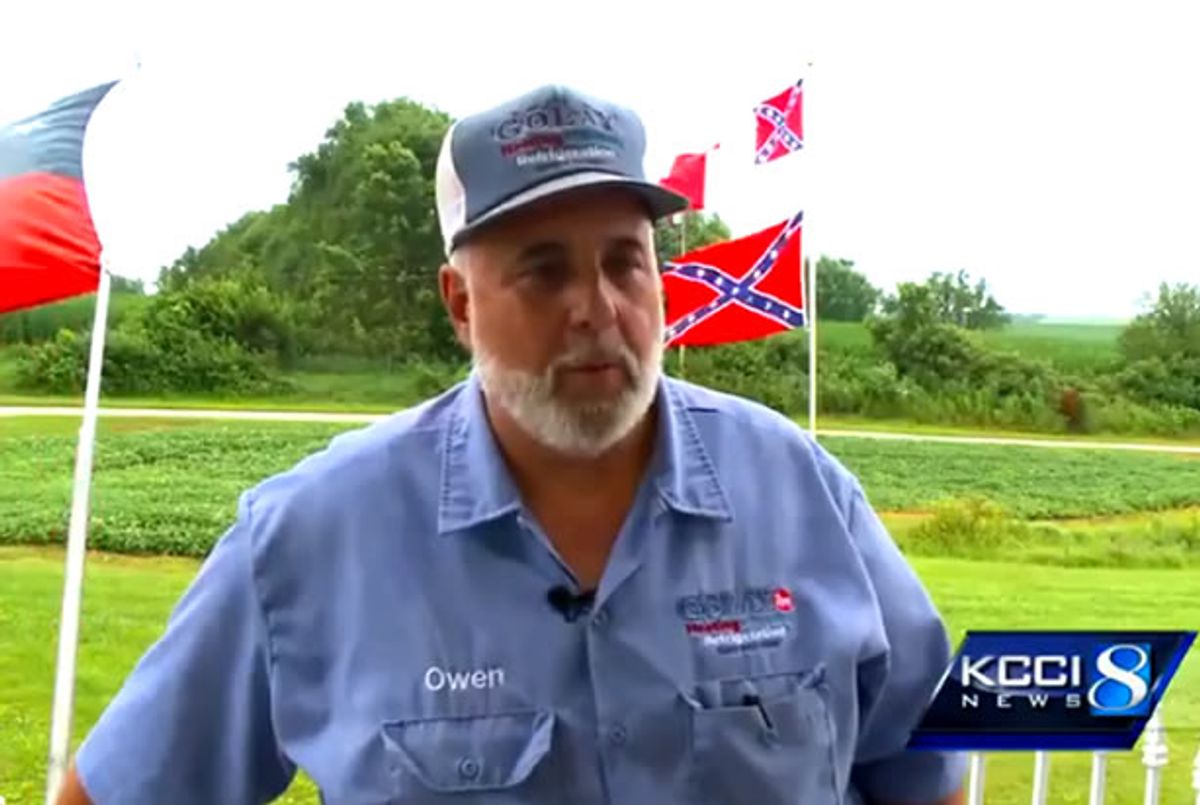 The Des Moines Register's Josh Hafner reported that the truck -- which also had handwritten descriptions plastered on it detailing the three occasions in which the federal government officially recognized Confederate veterans -- pulled a trailer from which county Republicans threw candy at parade goers, and on which were displayed campaign signs for prominent Iowa Republicans, including Governor Terry Branstad and Senator Joni Ernst.

"We got a lot of cheers, thumbs up. Some people stood up and clapped," the truck's owner Owen Golay told Hafner. "We got a lot of support for that." He added that the "whole point with this whole exercise [was] to represent a segment of American veterans that are being buried in history."

But other Republicans, including Iowa Republican Party Chairman Jeff Kaufmann, disagreed, saying "he was making a political statement, a statement that was in opposition to what the GOP and the party of Lincoln stand for." Governor Branstad also found the display offensive, telling the Gazette that it's "disloyal to all those veterans from Iowa that fought to save the Union and fought against that flag."

"It's disrespectful to all those Iowans from Marion County that went down to fight to save the Union," he added, "so I'm totally baffled that that would happen in this state."

Golay said that he and his wife, Linda -- the other member of the central committee to resign -- have ancestors on both the Confederate and Union sides, and wanted to honor both with their Independence Day display. GOP chairman Kaufmann had reservations about that explanation, saying "it doesn't pass muster."

"The way the Confederate flag is being used today, it is a reminder of a time in our history when we have slavery, when we justified that," he said. "The Civil War was about freedom. It was about so much more than generic states' rights. That's a silly and naive contention that people have."

Golay, who told the Gazette that he has studied the Civil War, replied that "I guess my message to Mr. Kaufmann would be that we won't be slaves to the Republican Party."