"When you're an underrepresented minority," they write, "democracy is an all or nothing business" 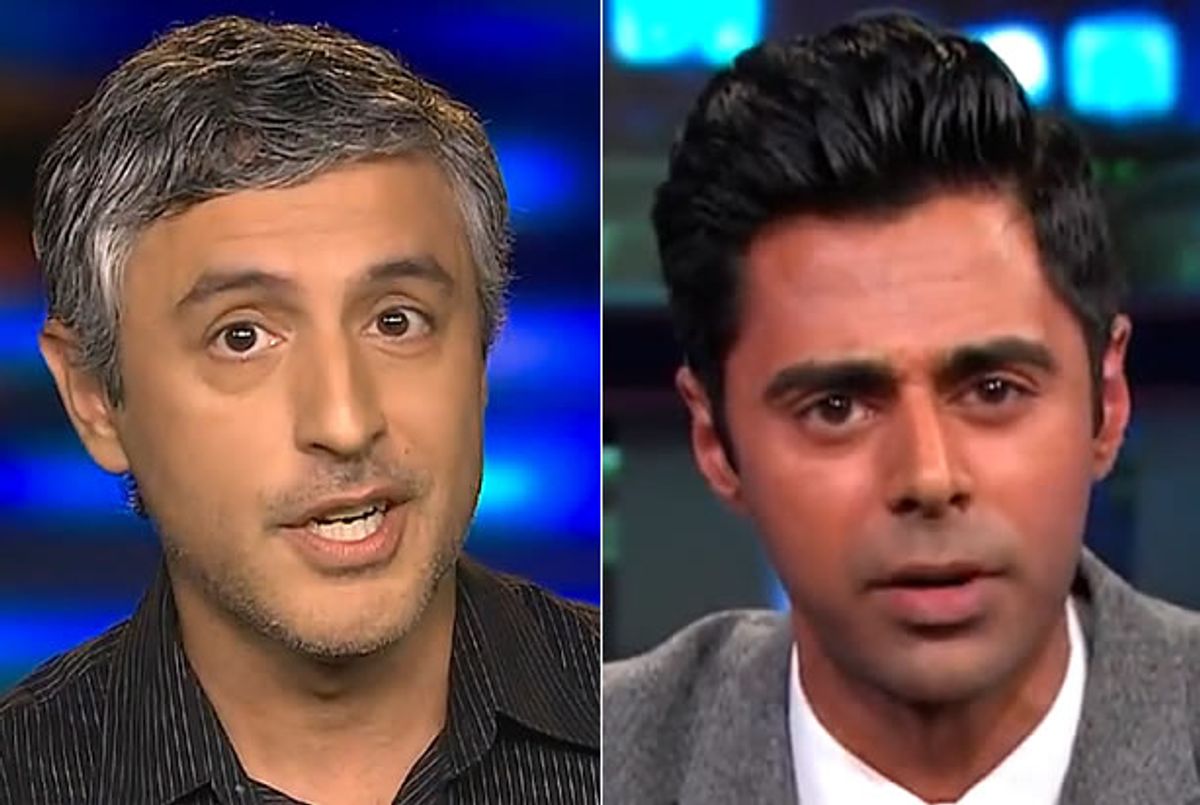 Religious scholar Reza Aslan teamed up with comedian and Daily Show correspondent Hasan Minhaj to write an open letter to the Muslim community about how it should respond to the Supreme Court's decision to legalize same-sex marriage.

"[M]any of you are scandalized by the ruling (we know because you keep tweeting about it), and many more of you are equally perturbed but have chosen to keep it to yourself," they write. "With all the rainbow-flag waving and self-congratulatory pats on the back this country is giving itself right now, you don’t need another reason for Americans to dislike you."

The pair note that if American Muslims were spouting the kind of apocalyptic rhetoric currently coming from the Christian right, "you may end up in Guantanamo. So you’re staying quiet. You may not like the Supreme Court’s decision but you’re willing to tolerate it."

"[N]ow that same-sex marriage is legal in America, it’s shaking up your faith," they continue. "You’re afraid of the future and what this could mean for your kids. You recognize the growing acceptance of gay rights, but personally you just can’t bring yourself to embrace the shift."

However, they argue, "[w]hen you are an underrepresented minority—whether Muslim, African American, female, etc.—democracy is an all or nothing business. You fight for everyone’s rights. or you get none for yourself. Democracy isn’t a buffet. You can’t pick and choose which civil liberties apply to which people. Either we are all equal, or the whole thing is just a sham."

After noting that "the constitution that just ensured the rights of LGBT communities is the same constitution that protects our mosques and community centers, that keeps our Islamic schools open, that allows us equal rights and privileges in the face overwhelming hatred and bigotry from our fellow Americans," the pair return to their central theme -- that it's not enough to merely "tolerate" the Supreme Court decision.

"Tolerating another community only stirs up concealed fear toward the marginalized and apathy toward the political process," they write. "As minorities we don’t have the luxury to have either of those emotions. We have to do more than tolerate. We have to embrace. We have to fight for the right of others to live their lives as freely as we want to live ours."