What Karl Marx got right about America's twisted form of democracy 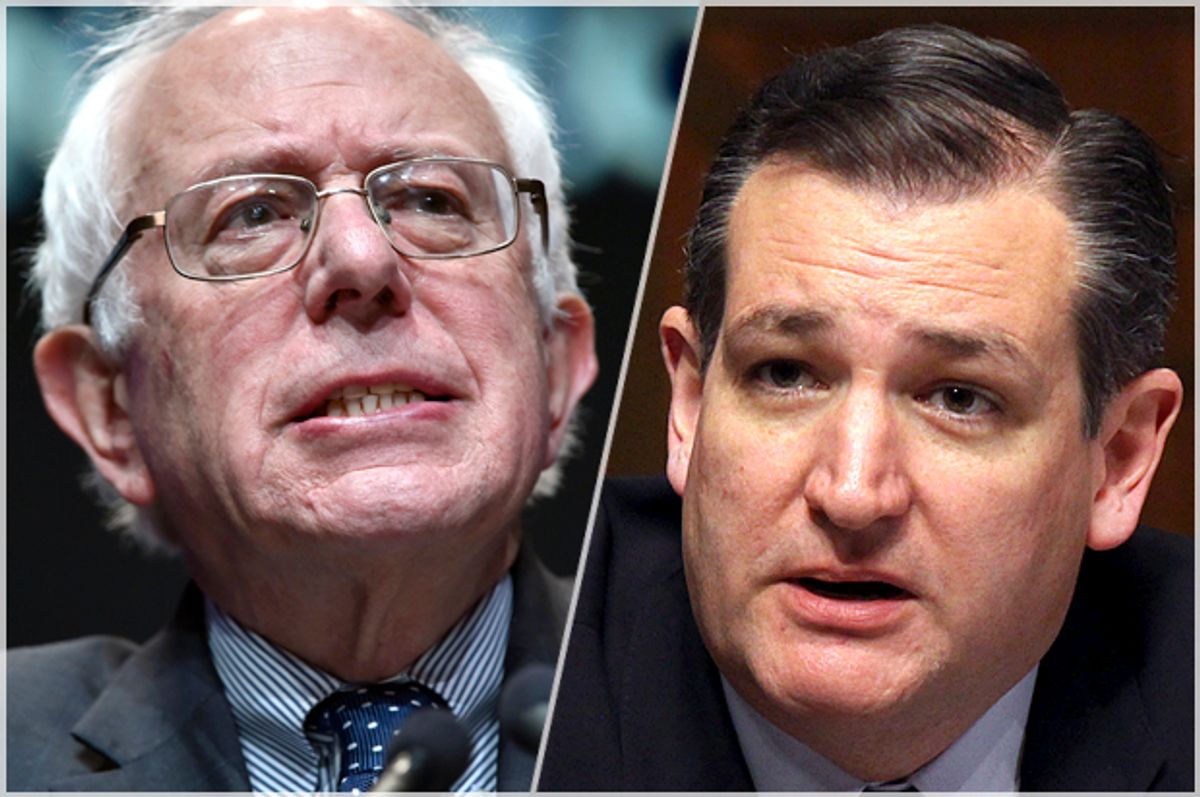 Karl Marx once said, “The oppressed are allowed once every few years to decide which particular representatives of the oppressing class are to represent and repress them.”

As the spectacle of the presidential elections begins to heat up, and the apparent differences between candidates are magnified by the mainstream media, it is important to ask ourselves: Has much changed since Marx declared voting to be a largely meaningless endeavor? Does a vote in America really hold any sway, as it should in a democratic republic, or is it just part of the spectacle, a process that provides the illusion of choice?

If you’re a cynic, you’d say that voting is indeed a waste of time, and that every single politician who actually has a chance of getting elected nationally is bought and paid for by the ruling class. If, on the other hand, you’re an idealist, or someone who consumes cable news daily, you might assign great importance to the act of voting, and see only differences between the two parties. Realistically, it’s somewhere in between, though Marx’s words are much more accurate today than some would care to admit.

First, the differences (and there are many): In todays hyper-partisan political landscape, it does seem much of the time like Democrats and Republicans are living on separate planets. The most obvious divergences come with social issues, like gay marriage, abortion, civil rights, birth control, race relations, etc. These differences have been center stage as of late, with the Supreme Court ruling on gay marriage and racial tensions that have followed the tragic massacre in Charleston. These are crucial differences, and anyone who claims that voting is a completely futile act should think about what America would be like if it was run by the likes of Mike Huckabee or Sen.Ted Cruz (R-TX). Other major issues include the environment, which Republicans seem care about as much as BP does, gun control, immigration, and economic inequality (although, barring certain progressives, Democrats do not seem much more eager than Republicans to truly address this issue).

These are not superficial differences -- they matter for many people, and cannot be ignored. However, debate over these issues is also a part of a spectacle that helps many people look past the fact that our government no longer serves the interests of citizens, but the interests of corporations, billionaires, and American hegemony. An American politician who criticizes the American war machine and its imperialist tendencies is a rare breed indeed. Even Bernie Sanders has some hawkish qualities, especially concerning Israel; but to his credit, he voted against the Iraq War and has been outspoken opponent of Middle Eastern imperialism.

However, the overwhelming majority of people in Washington, both Democrats and Republicans, are proud supporters of global capitalism and the imperialism that goes along with it. And why wouldn’t they be? Money and American politics is like space and time, they just go together. Today, if a brave soul attempts to get elected without courting big corporations or wealthy individuals, there is almost zero chance that they will get elected -- and that is exactly how the ruling capitalist class wants it to be. Sure, there are important differences between many Democrats and Republicans; but ultimately, they operate within the same rigged system.

A lot of this has to do with how the United States political system was designed. America is one of the few modern democracies that has a winner-takes-all (first past the post) electoral system (for Congress), meaning voters have only one vote, and the candidate who receives the most votes, even if it is a slim majority, wins the whole shebang. The election of the president is a bit different, requiring an absolute majority - though not from the people, of course, but the electoral college. This system inevitably results in a two-party rule because of the risk that comes with voting for a third party candidate, commonly called the spoiler effect. The danger of this system was perhaps most notable in the 2000 Presidential election, when third party candidate, Ralph Nader, most likely contributed to the election of Republican George W. Bush. An alternative would be an instant runoff voting system, where each voter can rank their preferred candidates in order, without fear that their support for their favorite candidate will end up electing the candidate they dislike most. Additionally, proportional representation systems, in which legislatures mirror the voting percentages, are found in most first-world democracies. This electoral system results in more parties, fairer representation, and it is less prone to corrupt strategies, like gerrymandering.

In America, our electoral system has always been rigid and unfair, which has resulted in two parties that have more in common than not. When the political apparatus has for its entire history promoted capitalist interests, there is slim chance that legitimate change can occur within that apparatus, even with the election of a third party type like Bernie Sanders (which is, unfortunately, unlikely). At this point, money is ingrained within the political system, and both Democrats and Republicans must abide to this money if they hope to remain relevant. To alleviate these ills, not only must private money be eliminated from politics, but the electoral system needs to be completely overhauled.

It is not just the faulty design of our electoral system, but also a kind of attitude that certain writers have been showcasing lately by gleefully discussing how progressive corporations have become! New York Times columnist, Frank Bruni, wrote:

“In the dire prophecies of science-fiction writers and the fevered warnings of left-wing activists, big corporations will soon rule the earth — or already do...Fine with me. They’ve been great on the issue of the Confederate flag.”

The oppressing class, as Marx called them, preach this corporatist attitude like scripture: Yes, corporations run the country, and the “elected” officials represent their interests above everyone else; but what's so bad about that?  Forget about the immense inequalities, the war profiteering, the prison industrial complex, the slave labor in third world countries and the unemployed and underpaid in America. Corporations can't be all bad if they support gay marriage! (At least once it has become a politically popular idea.)

This is just the kind of attitude that corporations who pay slave wages or destroy the environment want to hear. Amplify the so-called differences between parties while paying no mind to the fact that both parties ultimately report to the same corporate handlers within the same corrupted system. This mindset, along with the winner takes all voting system and the lawlessness of campaign financing, perfectly suits those at the top. The ruling class does not want a wide array of options for voters; just two, same genes, different features. As the right wing has become more and more extreme, Democrats suddenly look like the party of the people. But they’re not. They play within the same apparatus as the Republicans. They are, as the cynical saying goes, the lesser of two evils.

Social progress, like marriage equality, is a wonderful thing. But the fact that the top 20 percent owns 84 percent of the wealth, while the bottom 40 percent owns 0.3 percent of the wealth, shows that progress has been very much limited to social issues. One thing that the wealthiest should fear most is a united population, free from prejudice and hate, that sees past phony religiosity and economic propaganda. The capitalist class has managed to keep a two-headed snake in Washington for a long time now, and as long as the populace remains culturally divided, the electoral system undemocratic, and politicians desperate for cash, they can rest easily at night.