The Obama administration is bringing solar power to the masses 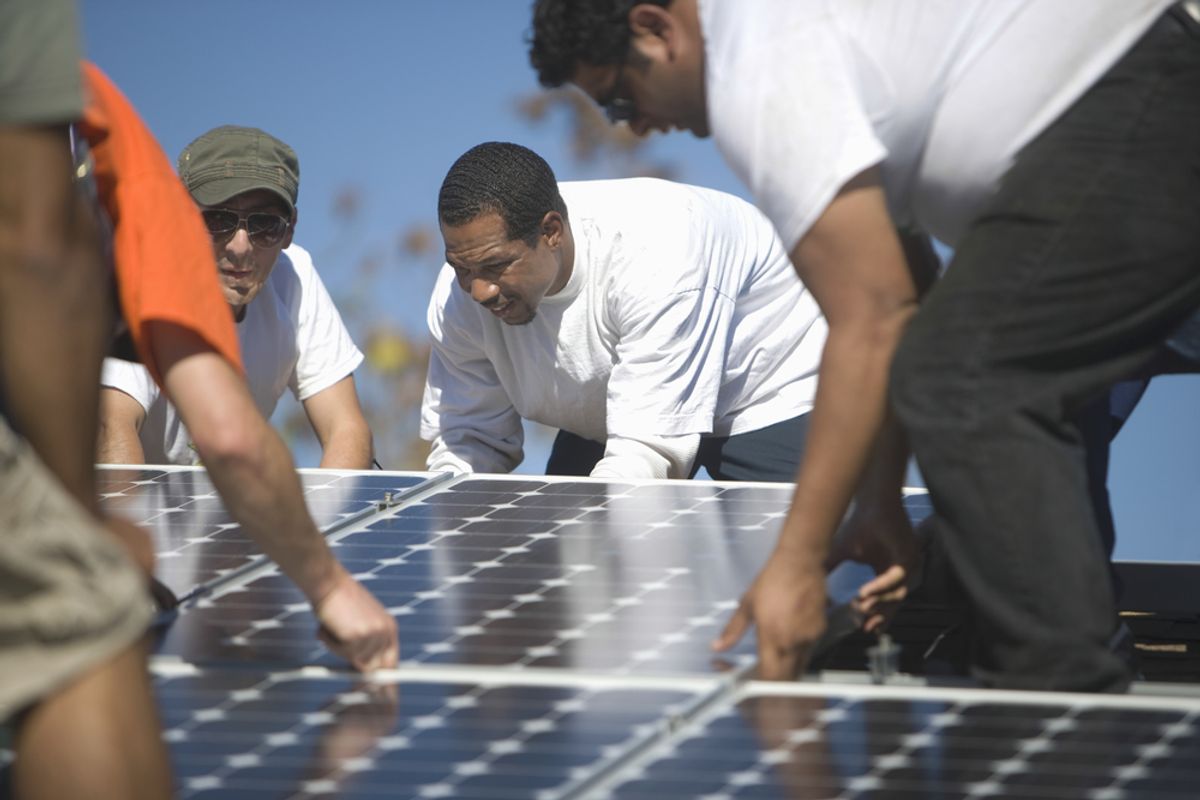 The solar revolution is nigh. Or, as MSNBC would have it, rooftop solar is "not just for white people anymore."

Not that it ever was, of course. But a new initiative being rolled out by the Obama administration Tuesday aims to expand access to clean, inexpensive energy to a wider range of Americans, by bringing solar to low-income and subsidized housing.

“We need to expand opportunities for more families to reap the benefits of using cleaner sources of energy that can also help households save money on their utility bills,” Brian Deese, Obama’s top energy adviser, told reporters. While U.S. solar capacity has expanded exponentially and, not unrelatedly, become increasingly inexpensive, over the past decade, its benefits have been largely denied to about half of all American households, either because their roofs are too small or they are rental properties. The White House plans to address that by installing small, community solar farms into which entire neighborhoods can tap. By 2020, it wants to triple the solar capacity installed in federally subsidized housing to 300 megawatts -- and will be unveiling more than $520 million in commitments from "charities, investors, states and cities" to encourage solar's growth in lower-income communities.

It's all, according to Deese, “part of a bigger-picture effort to try to drive innovation” towards renewable energy projects. And aside from providing relief for both wallets and the climate, the administration is stressing the initiative's potential to create job opportunities in these communities -- an expansion of the plan, announced earlier this year, to train 75,000 solar workers, also by 2020.

What some call the democratization of energy through rooftop solar has already won over one group that beats the "green liberal hippie" cliche: Tea Partiers are famously agitating for solar to be given a fair shake in the free market, in opposition to traditional big money groups like ALEC that want to preserve the status quo for fossil fuel-powered utilities. The next step is changing the perception and implementation of solar as something for the privileged elite to something for everyone. It's a revolution that's already happening, as Bill McKibben illustrated last month in the New Yorker through one family's decision to go solar:

I’ve travelled the world writing about and organizing against climate change, but, standing in the Borkowskis’ kitchen and looking at their electric bill, I felt a fairly rare emotion: hope. The numbers reveal a sudden new truth -- that innovative, energy-saving and energy-producing technology is now cheap enough for everyday use. The Borkowskis’ house is not an Aspen earth shelter made of adobe and old tires, built by a former software executive who converted to planetary consciousness at Burning Man. It’s an utterly plain house, with Frozen bedspreads and One Direction posters, inhabited by a working-class family of four, two rabbits, and a parakeet named Oliver. It sits in a less than picturesque neighborhood, in a town made famous in recent years for its heroin problem. Its significance lies in its ordinariness. The federal Energy Secretary, Ernest Moniz, has visited, along with the entire Vermont congressional delegation. If you can make a house like this affordably green, you should be able to do it anywhere.

Opposition from the utility companies remains solar's toughest adversary, and even with the rapid gains being made by the private sector, McKibben writes, it would take "a major government initiative, akin to the one that revitalized industry at the start of the Second World War" for solar to take over as quickly as possible. The Obama administration's announcement isn't quite that, but it's a step in the right direction.