"This is a sickness, ladies and gentlemen": The speech that ultimately destroyed Bill Cosby

Five highlights from the "Pound Cake" speech, which a judge cited as proof of Cosby's role as "public moralist" 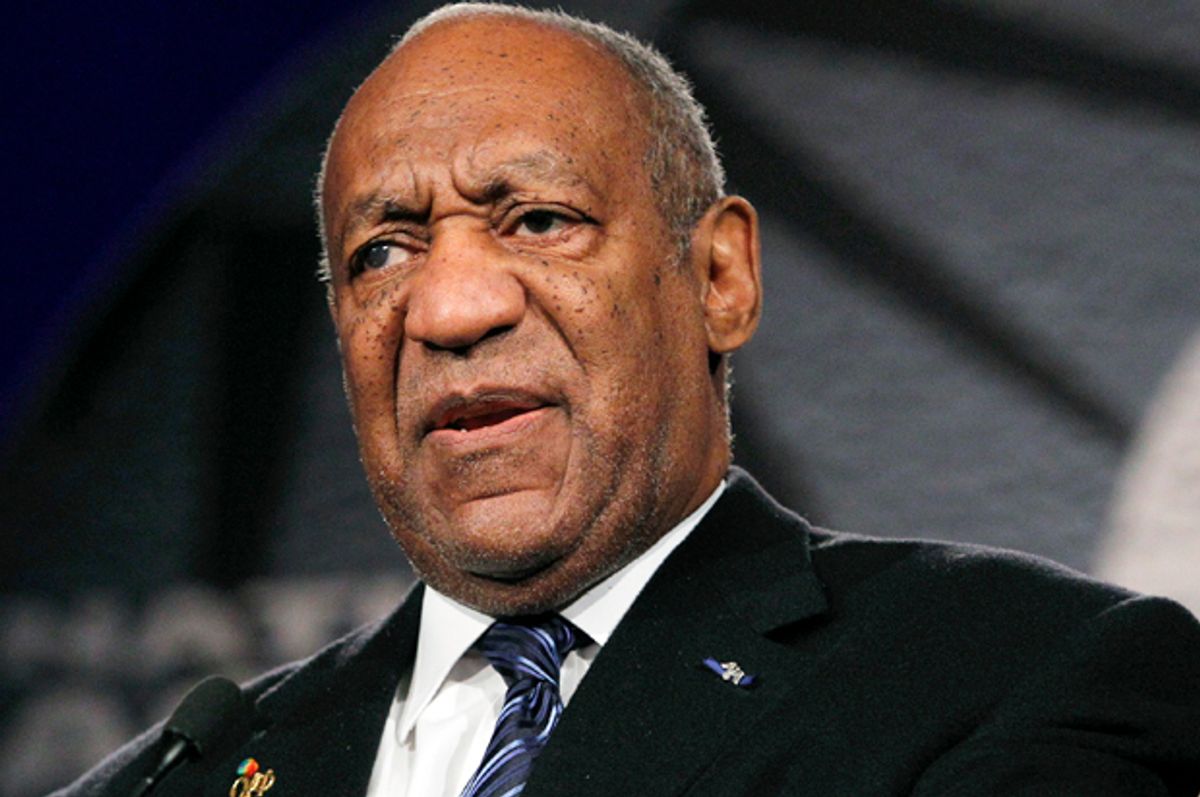 The judge who ordered the release yesterday of a deposition in which Bill Cosby admitted to obtaining quaaludes to give to women he wanted to have sex with cited Cosby's role as a "public moralist."

Judge Eduardo Robreno wrote that: "The stark contrast between Bill Cosby, the public moralist and Bill Cosby, the subject of serious allegations concerning improper (and perhaps criminal) conduct, is a matter as to which the AP — and by extension the public — has a significant interest."

One of the examples? A 2004 speech before an NAACP awards ceremony which marked the 50th anniversary of Brown v. Board of Education.

The entire speech has been transcribed by Rutgers University; here are five highlights, from their transcription.

"Why doesn't the father show up to talk to this boy?"

"Are you waiting for Jesus to pull his pants up?"

Are you not paying attention, people with their hat on backwards, pants down around the crack. Isn’t that a sign of something, or are you waiting for Jesus to pull his pants up (laughter and clapping ). Isn’t it a sign of something when she’s got her dress all the way up to the crack…and got all kinds of needles and things going through her body. What part of Africa did this come from? (laughter). We are not Africans. Those people are not Africans, they don’t know a damned thing about Africa. With names like Shaniqua, Shaligua, Mohammed and all that crap and all of them are in jail. (When we give these kinds names to our children, we give them the strength and inspiration in the meaning of those names. What’s the point of giving them strong names if there is not parenting and values backing it up).

"DNA cards so you can tell who you're making love to"

Five or six different children, same woman, eight, ten different husbands or whatever, pretty soon you’re going to have to have DNA cards so you can tell who you’re making love to. You don’t who this is. It might be your grandmother. (laughter) I’m telling you, they’re young enough. Hey, you have a baby when you’re twelve. Your baby turns thirteen and has a baby, how old are you? Huh? Grandmother. By the time you’re twelve, you could have sex with your grandmother, you keep those numbers coming. I’m just predicting.

"This is a sickness, ladies and gentlemen"

What is it with young girls getting after some girl who wants to still remain a virgin. Who are these sick black people and where did they come from and why haven’t they been parented to shut up? To go up to girls and try to get a club where “you are nobody..,” this is a sickness ladies and gentlemen and we are not paying attention to these children. These are children. They don’t know anything. They don’t have anything. They’re homeless people. All they know how to do is beg. And you give it to them, trying to win their friendship. And what are they good for? And then they stand there in an orange suit and you drop to your knees, “(crying sound) He didn’t do anything, he didn’t do anything.” Yes, he did do it. And you need to have an orange suit on too (laughter, clapping).

Therefore, you have the pile up of these sweet beautiful things born by nature raised by no one. Give them presents. You’re raising pimps. That’s what a pimp is. A pimp will act nasty to you so you have to go out and get them something. And then you bring it back and maybe he or she hugs you. And that’s why pimp is so famous. They’ve got a drink called the “Pimp-something.” You all wonder what that’s about, don’t you? Well, you’re probably going to let Jesus figure it out for you (laughter). Well, I’ve got something to tell you about Jesus. When you go to the church, look at the stained glass things of Jesus. Look at them. Is Jesus smiling? Not in one picture. So, tell your friends. Let’s try to do something. Let’s try to make Jesus smile. Let’s start parenting. Thank you, thank you (clapping, cheers)