"Save your texts, save your nasty comments -- because I just don't care," Goldberg said on "The View" Tuesday 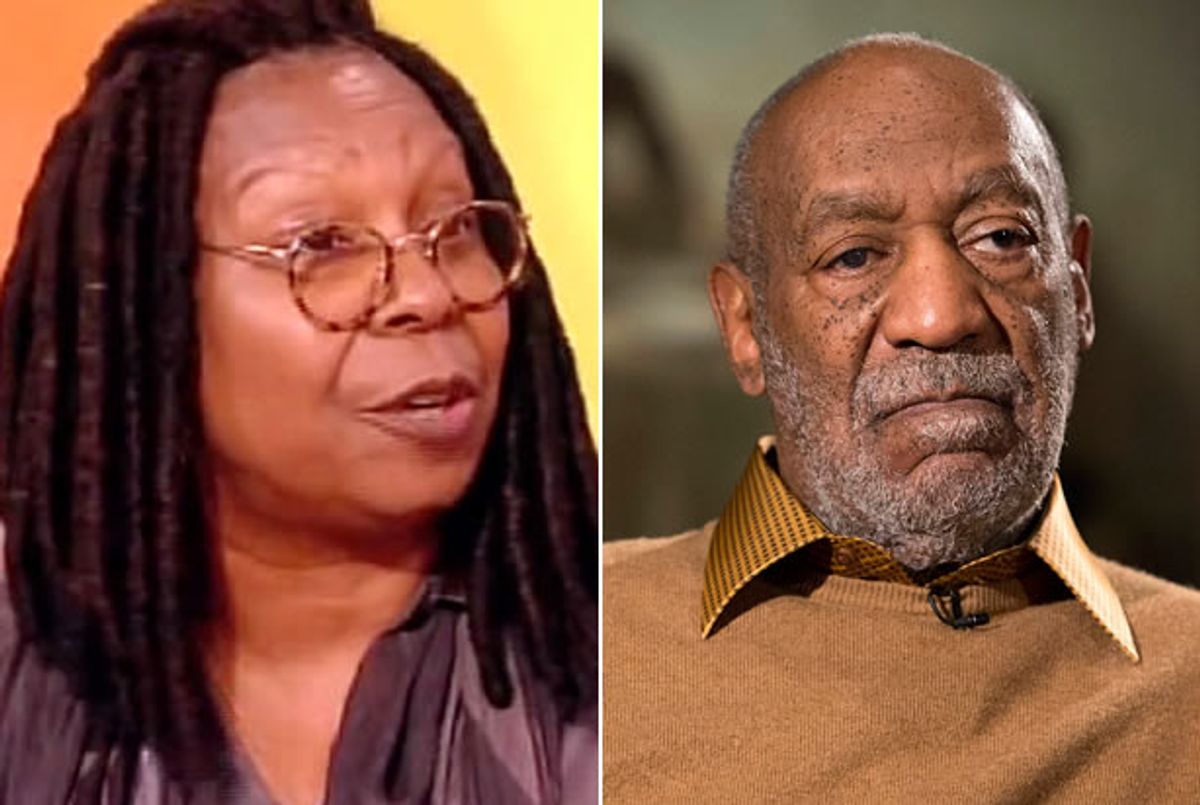 On Tuesday's edition of "The View," co-host Whoopi Goldberg again defended Bill Cosby despite the release of court documents in which the comedian testified, under oath, that he procured prescriptions for Qaaludes in order to use the drug to sexually assault women.

With the exception of Raven-Symoné -- who bowed out of the conversation because "he's the reason I'm on this panel in the first place" -- all the co-hosts hammered Goldberg, arguing that in the testimony Cosby admitted to the very behavior he has been accused of engaging in by 40 other women.

Goldberg insisted that the testimony only indicated that he used Qaaludes "to have sex with one woman," but even Candace Cameron-Bure -- who required an explanation as to what Qaaludes are before she could address the issue -- came to the conclusion that having sexual relations with incapacitated women isn't sex, but sexual assault.

"If you're giving drugs to anyone to have sex," she said, "you're impairing their judgment. They don't have the ability to make a coherent decision as to whether they want to have sex with him."

Goldberg deflected, informing the audience that she was a former user of Qaaludes. "The '80s were fun, a party," she joked, before quickly adding that "clearly they weren't fun for everybody."

"Look, we need to wait until more information comes out," she continued. "I don't like snap judgments, because I've had snap judgments made on me. Save your texts, save your nasty comments -- because I just don't care."

"I say this because this is my opinion, and in America still, I know it’s a shock, but you actually were innocent until proven guilty,” she said. "He has not been proven a rapist."

When the panel noted that another of Cosby's stalwarts, Jill Scott, announced on Twitter yesterday that even she couldn't defend him in light of this new information, Goldberg moved on to another topic.

Watch the entire conversation below via Mediaite.