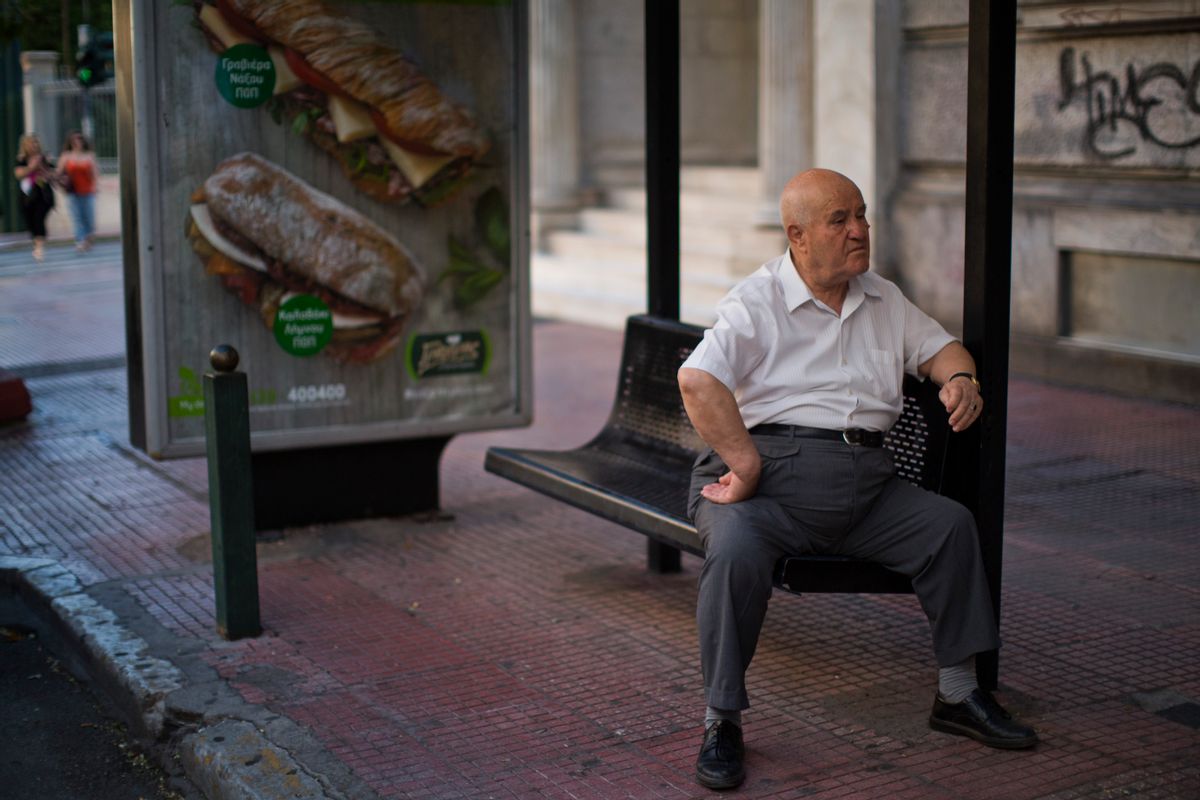 A man waits for public transportation sitting at a bus station in central Athens, Wednesday, July 8, 2015. Frustrated and angry eurozone leaders fearing for the future of their common currency gave the Greek Prime Minister Alexis Tsipras a last-minute chance Tuesday to finally come up with a viable proposal on how to save his country from financial ruin. (AP Photo/Emilio Morenatti) (AP)
--

Athens' eurozone creditors demand it submit a firm proposal by Thursday and the country faces a full E.U. summit of 28 nations on Sunday while immediate relief to its cash woes doesn't seem in sight.

Enemy commanders say it's the extremists' elite shock troops: fanatical and disciplined, they infiltrate the cities of Iraq and Syria, unleash mayhem and fight to the death.

The loyalty of the comedian's fans and famous friends faces a test after newly unsealed court documents revealed that he has admitted to giving at least one woman quaaludes before sex.

The revelation is the latest dramatic twist in a tragic case that has become a new flashpoint in the country's debate over immigration policies.

An $18 million plan to be unveiled Wednesday will allow judges to instead require that people accused of certain crimes be monitored while they wait for their trial, the AP learns.

6. WHERE POPE IS HEADED NEXT

Francis will visit the elderly and give a pep talk to local priests in Ecuador before flying to Bolivia.

The Senate votes to take it down, but some are quietly seeking ways to preserve some kind of symbol honoring their Southern ancestors.

8. WHO ATTEMPTS TO BREAK DOWN BARRIERS FOR DEAF IN N. KOREA

A German national, Robert Grund, wants to help establish the first kindergarten for children with hearing impairments in the nation's capital.

The dispute centers around how much they will be paid when some lines go to 24 hours later this year.

The move is intended to help the pageant rebound from fallout caused by Donald Trump's criticism of Mexican immigrants.