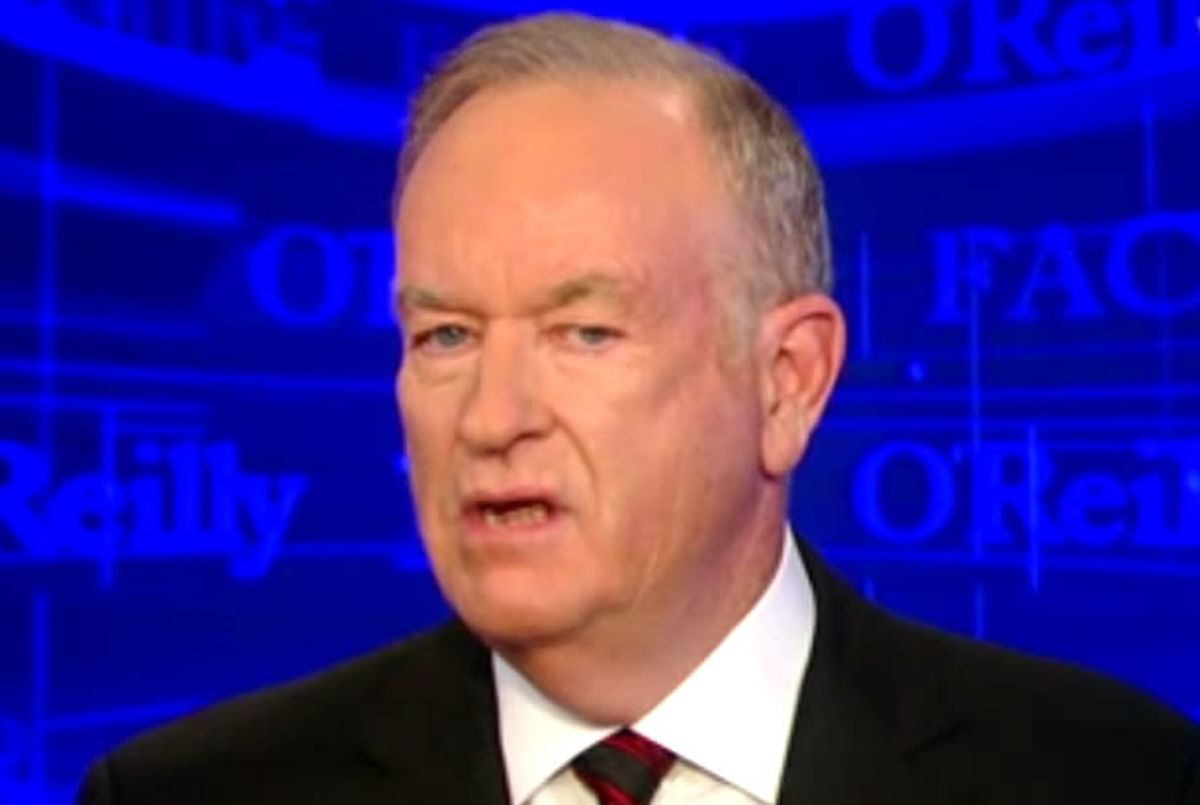 On Tuesday night's edition of "The O'Reilly Factor," host Bill O'Reilly blamed political correctness for the brutal murder of Kate Steinle in San Francisco last week, claiming that the city's status as a sanctuary directly caused her death, and that the city's leaders are therefore directly culpable for it.

O'Reilly began by noting that Mayor Ed Lee and 11 city supervisors "are directly responsible for Kate's death" on account of San Francisco's status as a sanctuary city, i.e. one that doesn't cooperate with federal immigration authorities on matters related to undocumented immigrants.

"The cold truth is," O'Reilly said, "Kate Steinle is collateral damage to the insane far-left politics that have long corrupted San Francisco. Dangerous people are walking around because of political correctness."

He claimed that this is all about Democrats' obsession with optics. "The mayor and the supervisors want to seem sympathetic to illegal aliens," he said, because "that's all they care about, themselves and their liberal profile."

O'Reilly outlined plans for what he's calling "Kate's Law," which would "impose a mandatory minimum of five years for any illegal alien that is deported and then comes back." The "mandatory" element, he added, is crucial because current laws are being ignored, and the law would need to be written in such a way that failure to comply -- as officials in sanctuary cities like San Francisco would surely do -- also carried harsh penalties, including jail time for individuals and a loss of federal funding for municipalities.

He spoke to former New York City Mayor Rudy Giuliani, who stipulated that he would support "Kate's Law" on one very obvious condition to which O'Reilly was oblivious -- namely, that the law only apply to people who have been convicted of a criminal act instead of "the people who pick grapes in Napa Valley."

"No," O'Reilly said. "They have to be held accountable too if they're deported back and forth."

"Then it's a fact," a clearly concerned Giuliani said, "that you're not going to have California wine. Arnold Schwarzenegger cut of the borders and," but was interrupted by O'Reilly, who said "then we have to get a guest worker program to get us the wine."