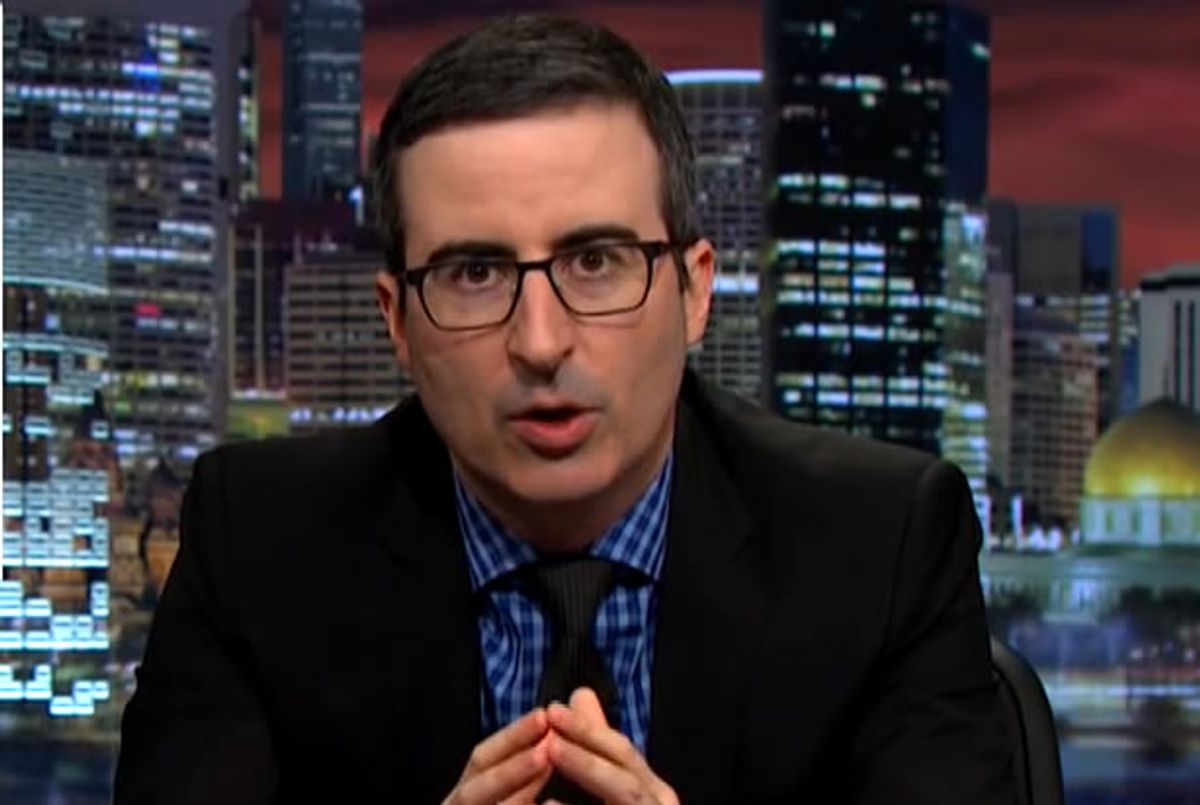 On the June 7, 2015 episode of "Last Week Tonight," host John Oliver addressed the inadequacies of the bail bond system, emphasizing that it effectively functions like a prison system for those too impoverished to pay their way out of it.

He argued that "increasingly, bail has become a way to lock up the poor, regardless of guilt," because the only options an individual has after an arrest are to "go to jail, plead guilty to avoid waiting in jail for a trial, or pay a bail bondsman to front the bail costs."

"Poor people are regularly choosing to admit guilt just to get out of [jail] and that isn't good," Oliver said, adding that having such a plea on your record can have a devastating effect on your life, e.g. rendering you ineligible for some forms of public housing and assistance or making it difficult for you to find future employment.

The alternative, staying in jail to await trial, is just as bad. "Jail can do for your actual life what being in a marching band can do for you social life," he said. "Even if you’re just in for a little while, it can destroy you."

Apparently, someone in mayor's office took notice, as Bill de Blasio issued a statement Wednesday saying that "[m]oney bail is a problem because, as the system currently operates in New York, some people are being detained based on the size of their bank account, not the risk they pose."

"This is unacceptable," he continued. "If people can be safely supervised in the community, they should be allowed to remain there regardless of their ability to pay."

The New York Times' Rick Rojas reports that the initiative will provide judges the discretionary power to release low-risk defendants while they await trial. The defendants would remain under court supervision during their release.

Watch the entire "Last Week Tonight" segment on the bail bond system below via HBO.