Rachel Maddow breaks down GOP candidates' bizarre battle for debate spots: "What did Brad Pitt ever do to deserve this?" 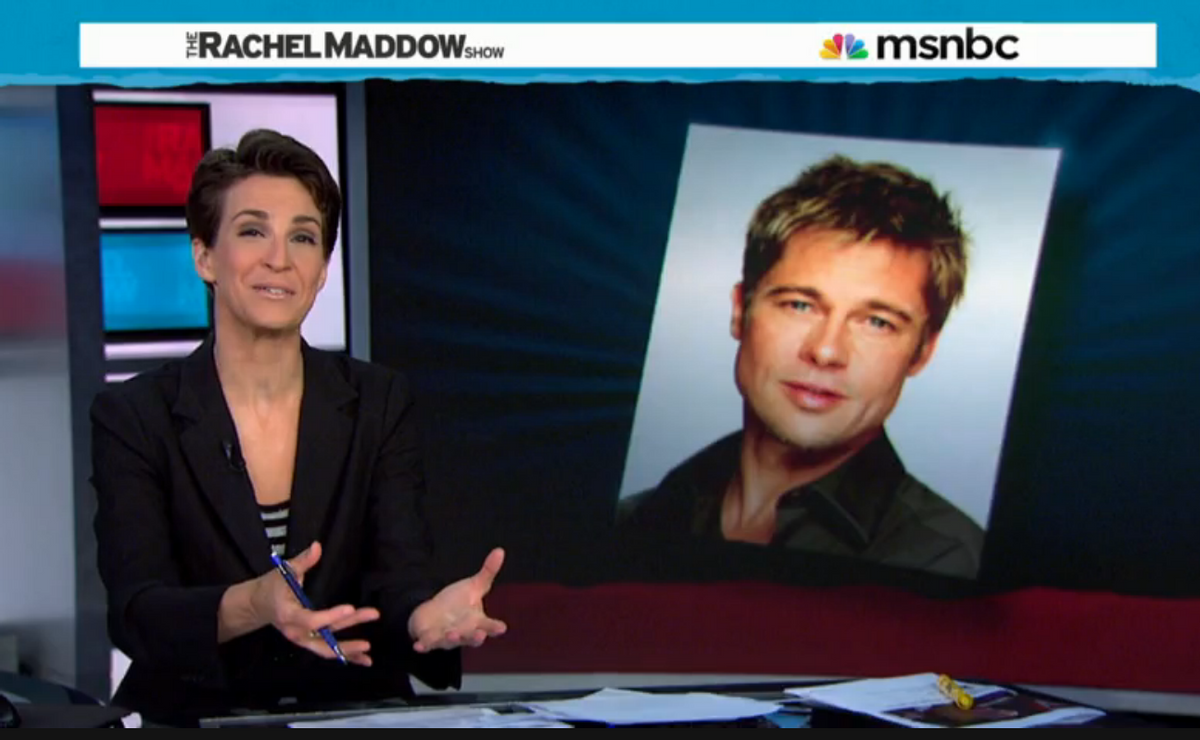 As you might have heard, there are a lot of Republicans running for president -- so many, in fact, that not all of them will be allowed to participate in the upcoming GOP primary debate. Naturally, several of the lower-polling presidential hopefuls, who stand a lesser chance of being included on the debate stage, are trying their darndest to change the rules and secure a spot. And, perhaps even more naturally, Rachel Maddow is skeptical of their strategies.

Poking fun of the creative ways Republicans have tried to convince voters to push for a more inclusive debate, Maddow particularly relished Sen. Lindsey Graham's attempt during her show on Tuesday, poking fun of the candidate's multiple references to Brad Pitt (?) as he urges constituents to petition for change.

"Oh, Brad Pitt," Maddow said. "What did Brad Pitt ever do to deserve this? But Lindsey Graham actually goes on to make some good points. And after saying some good points, then he makes sure to go out of his way to say 'Brad Pitt!' again."

Watch Maddow's break down of the GOP debate debacle below: