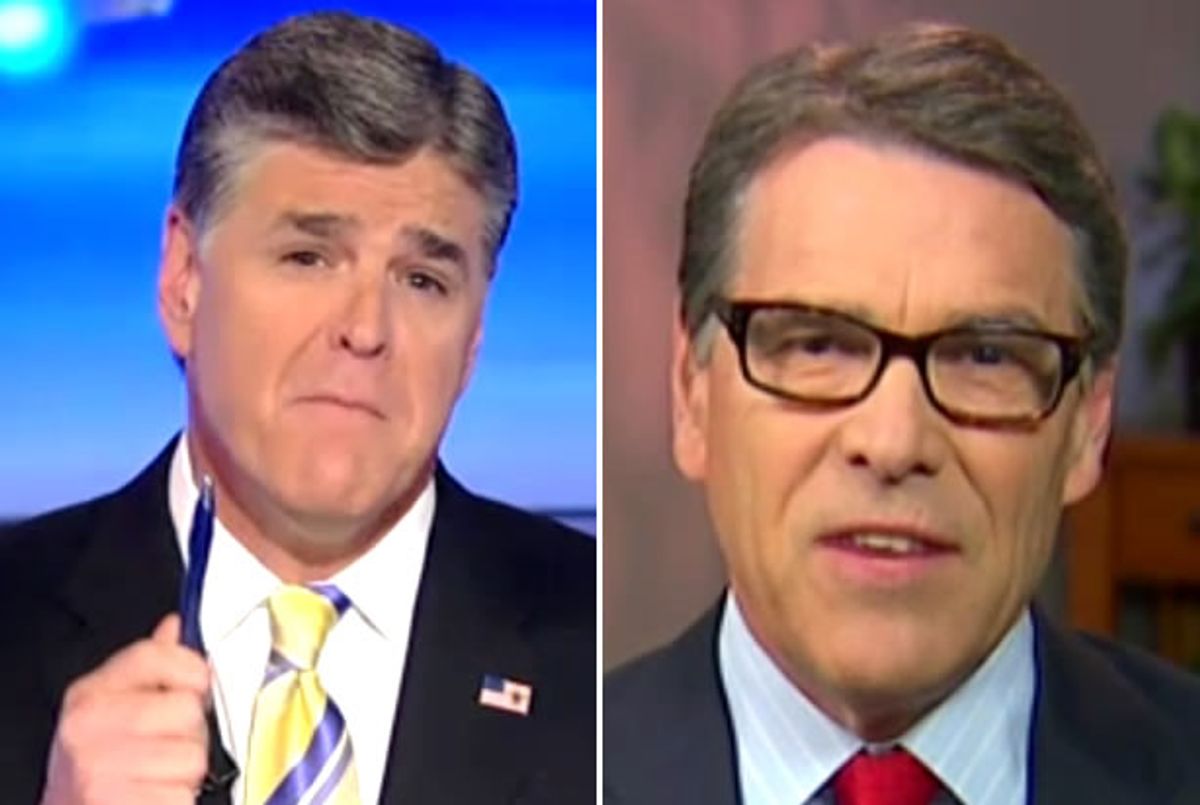 On "Hannity" Tuesday evening, host Sean Hannity repeatedly tried to get GOP presidential hopeful Rick Perry to confess that he secretly agrees with Donald Trump's argument that most Mexicans are drug-smuggling rapists.

"Having been down to the border with you," Hannity said, "I was a little surprised that you were so critical of Mr. Trump. Where is your criticism?"

"I think you have to be critical of his disrespectful language," the former Texas governor replied. "To paint with a broad brush as Mr. Trump did, and basically say that all Mexicans were rapists and killers -- that's the type of inflammatory language that doesn't do anything at all."

He discussed the measures he instituted as governor to reduce the flow of immigrants over the Texas border, but Hannity clearly had an agenda and a policy discussion wasn't on it.

Of course, Trump's statements were not "perhaps inarticualte," they were profoundly so, and he didn't say that "some people are good people," he said that he "assumes" some Mexicans aren't drug-smuggling rapists, which language and logic alike dictate means that he believes the majority of them are.

When Hannity insisted that "in a sense, [Trump] is factually right," Perry shot back by declaring that "I understand exactly what's going on," and that debate should focus on the reality on the ground in border states and not "rhetoric that is hyperbolic." Trump, he added, "knew exactly what he was doing with those statements."

"I'll let you battle that out," a visibly deflated Hannity replied. "We've got a debate in less than a month and I'm sure that issue will come up."