Bill Murray is already the break-out star of Comic Con, of course 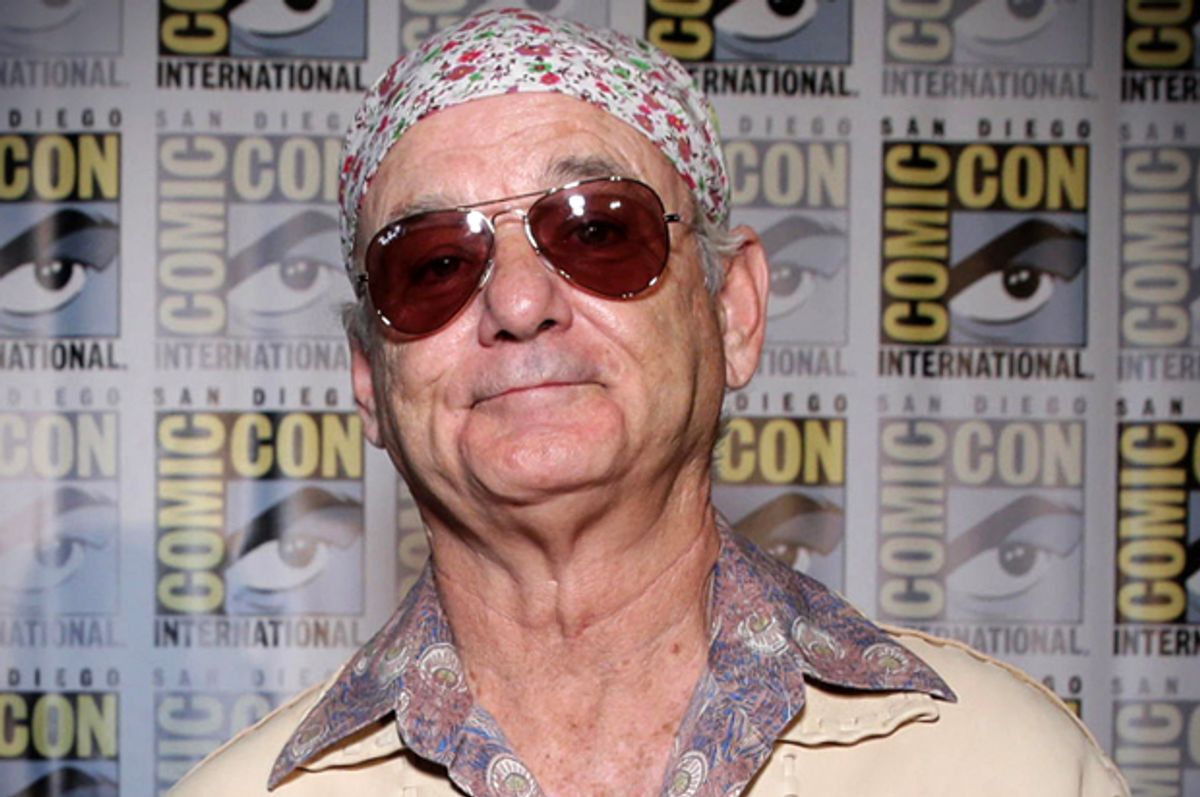 Comic Con is in full swing, and resident cool guy Bill Murray made his debut on a panel promoting his new film “Rock the Kasbah” sporting a bandana and aviators, because why not?

The 64-year old actor discussed his favorite roles and played coy about the legends that surround him — Yahoo reports that a fan asked Murray during the Q&A about the accounts that he randomly approaches strangers in public and whispers “No one will ever believe you” when they recognize him, an act he denied later to reporters: "It sounds like fun though, doesn’t it?”

Overall, the star established himself as an early hit at the pop culture convention -- of course, by opening up about his "process":

Of course it's easy to be charming when you make a rock star entrance:

And hospitality is on point:

And you're among friends: