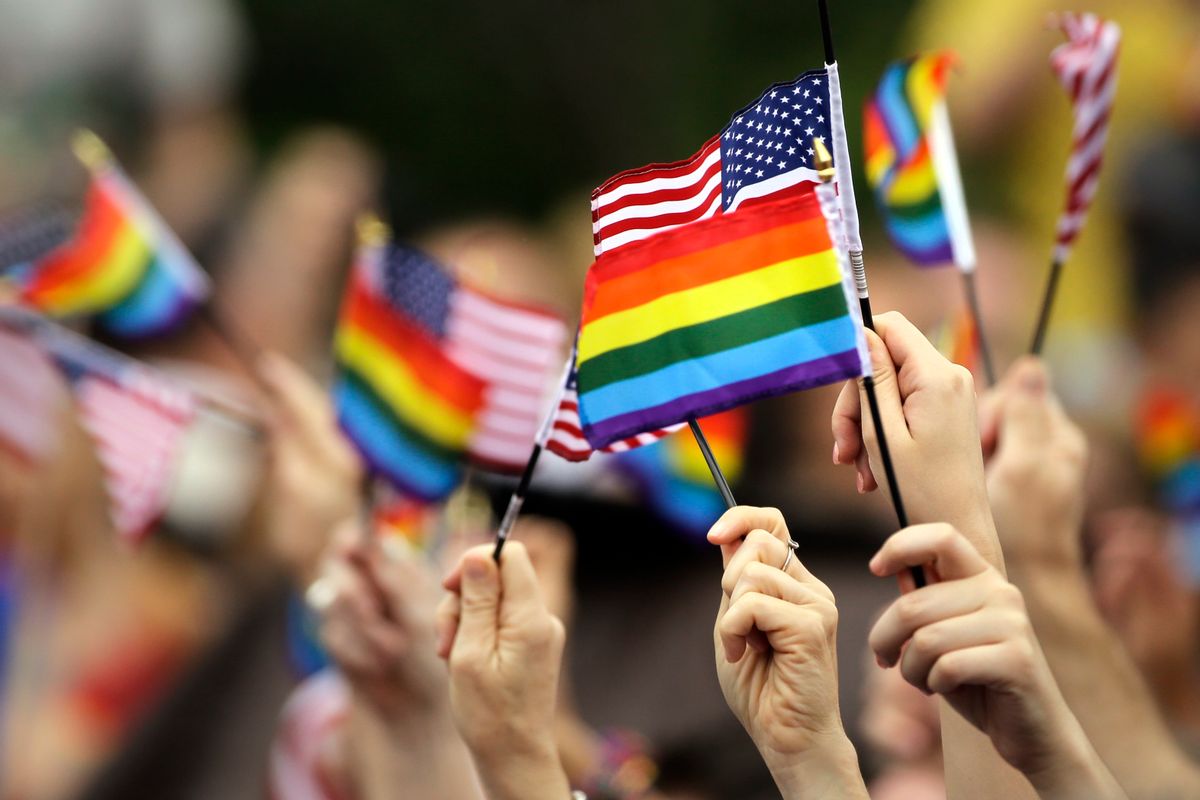 Attorney General Loretta Lynch announced on Thursday that federal benefits will finally be available to same-sex couples across the country, following the Supreme Court's decision to extend marriage equality nationwide. While the Justice Department already sought to make benefits available should the court have ruled in favor of same-sex marriage, the changes took several weeks to implement.

"Thanks to [DOJ staff's] leadership and the quick work of the Social Security Administration and the Department of Veterans Affairs, today I am proud to announce that the critical programs for veterans and elderly and disabled Americans, which previously could not give effect to the marriages of couples living in states that did not recognize those marriages, will now provide federal recognition for all marriages nationwide," Lynch said in a statement. She added:

Just over a year ago, Attorney General Holder announced that agencies across the federal government had implemented the Supreme Court’s Windsor decision by treating married same-sex couples the same as married opposite-sex couples to the greatest extent possible under the law as it then stood. With the Supreme Court’s new ruling that the Constitution requires marriage equality, we have now taken the further step of ensuring that all federal benefits will be available equally to married couples in all 50 states, the District of Columbia and the US Territories.