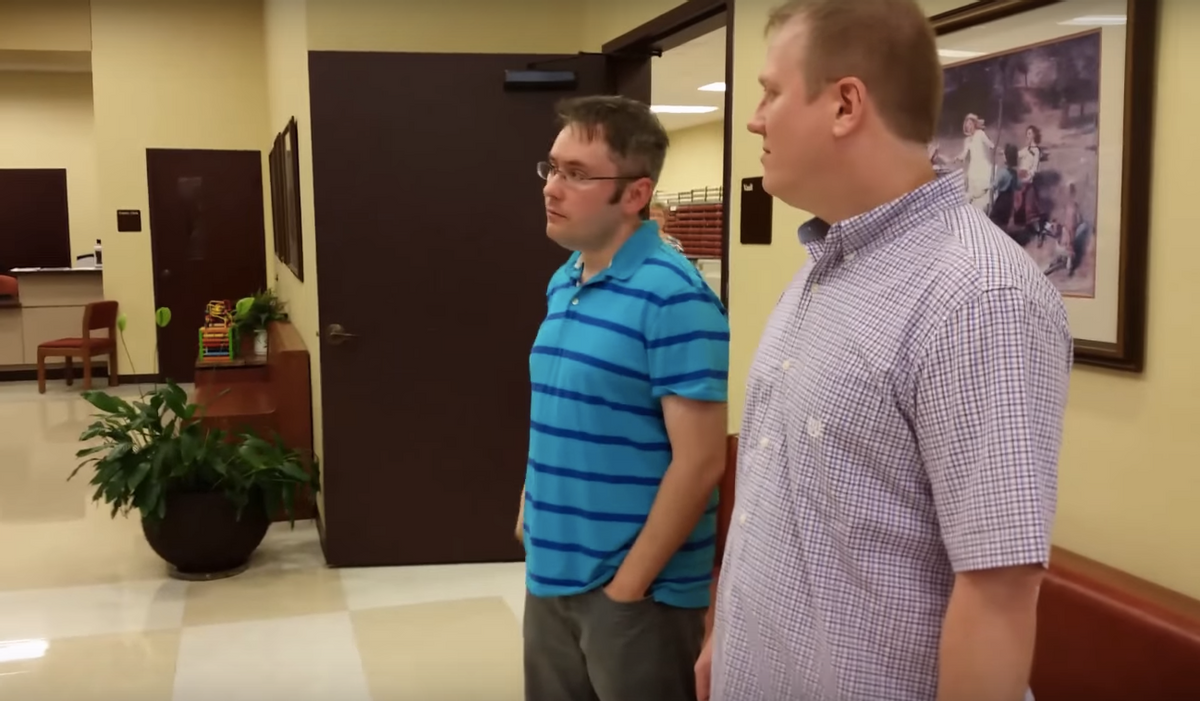 June's Supreme Court ruling on marriage equality was a major victory for the gay rights movement, but some same-sex couples have yet to feel the weight of the landmark decision. Take, for instance, David Moore and his fiancé. The Kentucky natives, who have been together for 17 years and residents of Rowan County for 10, documented their experience of being denied a marriage license in a Youtube video uploaded Tuesday.

In the video, the couple is shown handing an employee a letter from the governor’s office and a copy of the Supreme Count ruling. In return, they are informed that Rowan County Clerk Kim Davis has made a "choice" to not allow marriage licensing.

“You can go to any other county and get your marriage license, we’re just not doing it at this time.”

Davis, the county clerk who can be spotted at the tail-end of the video, later told the Associated Press that she would't sacrifice her religious convictions just because of the SCOTUS ruling.

“It’s a deep-rooted conviction; my conscience won’t allow me to do that,” she said. “It goes against everything I hold dear, everything sacred in my life.”

According to CNS, this has been an ongoing issue for same-sex couples in the Rowan County district. Davis is currently being sued by four couples for failing to issue gay marriage licenses.