Portland is "a collection of human turds": Modest Mouse's Isaac Brock indulges in the time-honored tradition of hip city backlash

"It’s just a constant sh*tshow of fights" — funny, the dream of the '90s didn't mention anything about that! 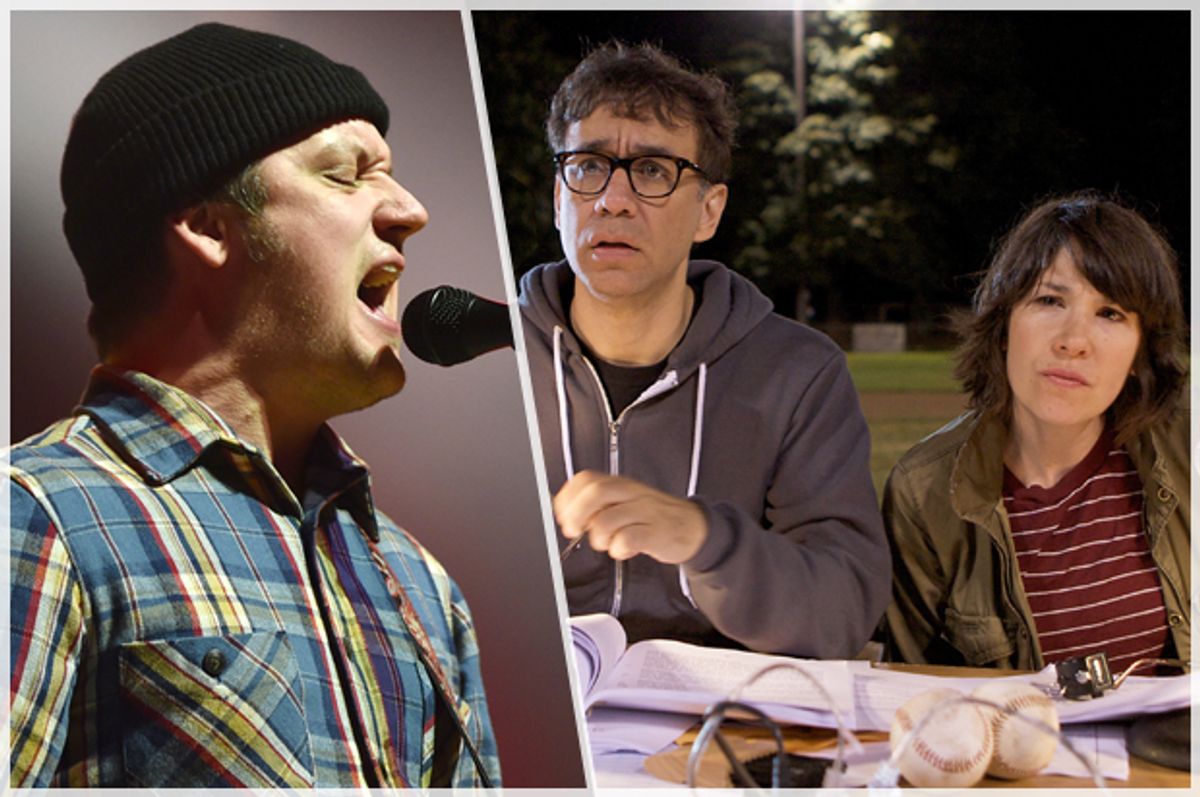 It was probably inevitable: After all the good press Portland, Oregon, has received in recent years for its tolerant culture, healthy indie-rock scene, innovative restaurant landscape, and hit show “Portlandia,” a backlash had to arrive at some point. The latest stirrings of it came from an unlikely place: a Polish magazine that interviewed singer Isaac Brock as his band, Modest Mouse, came to the shores of the Baltic for a concert.

Portland is weird, but it’s kind of a crappy weird. It is the most vagrant-ridden... it’s really fuckin’ up my liberal mind. I’m just like, what a collection of human turds. Within the one week before I came on this tour, I had to run people out of my house. Twice with axes. Two people died. This is within 300 feet of my house. It’s just a constant shitshow of fights.

So maybe this is a healthy way to keep the Rose City from being overhyped, a kind of natural correction. But this kind of thing goes beyond Portland. Musicians and artists living in hip cities are tiring of the hipness and the surging cost of living that also accompanies it.

Some of the backlash is motivated by economics. David Byrne, whose Talking Heads came up through the punk scene at CBGB, has written eloquently about the way the once-cheap, scruffy city has forced out emerging artists and the middle class and turned into a winner-take-all playground for bankers – a “pleasure dome for the rich.”

The city is a body and a mind – a physical structure as well as a repository of ideas and information. Knowledge and creativity are resources. If the physical (and financial) parts are functional, then the flow of ideas, creativity and information are facilitated. The city is a fountain that never stops: it generates its energy from the human interactions that take place in it. Unfortunately, we're getting to a point where many of New York's citizens have been excluded from this equation for too long. The physical part of our city – the body – has been improved immeasurably. I'm a huge supporter of the bike lanes and the bikeshare program, the new public plazas, the waterfront parks and the functional public transportation system. But the cultural part of the city – the mind – has been usurped by the top 1%.

Moby wrote something similar last year about the conquest by the plutocracy:

The gradual shift in New York's economic fortunes and mores reminds me of the boiling frog theory. If you take a frog and throw it in a pot of boiling water, the frog will do everything in its power to escape. But if you place a frog in room-temperature water and slowly raise the heat, it will boil to death without realizing it's dying. (I truly hope this theory will never actually be tested.) That's what happened to me in New York. I was so accustomed to the city's absurd cult of money that it took me years to notice I didn't have any artist friends left in Manhattan, and the artists and musicians I knew were slowly moving farther and farther east, with many parts of Brooklyn even becoming too pricey for aspiring or working artists.

And San Francisco’s skyrocketing rents have begun to undercut musicians, artists and the rest of the middle class for a few years now. Musician Ty Segall left not long ago. (The Bay Area is now so expensive that L.A. looks cheap.) "Seemingly overnight,” he told Pitchfork, “[San Francisco] has filled up with phone-scrolling, blank-faced wanderers (particularly in my neighborhood). I prefer a taco to a vintage glasses store any day. So yeah, time to shove off. Seems like a lot of artists, visual and musical, are hightailing it out."

Now, it would be easy to just dismiss all this talk as just the chatter of famous or “entitled” people (the way many Americans look at musicians and artists), but the process of the skyboxing of American cities, and the destruction of affordable neighborhoods by the rich, is very real. And hipsters can really be annoying.

This said, we’re still not sure where Isaac Brock is finding all these people with axes.