Most were good at making light of Wednesday's stock exchange trade-halt. Colbert, on the other hand ... 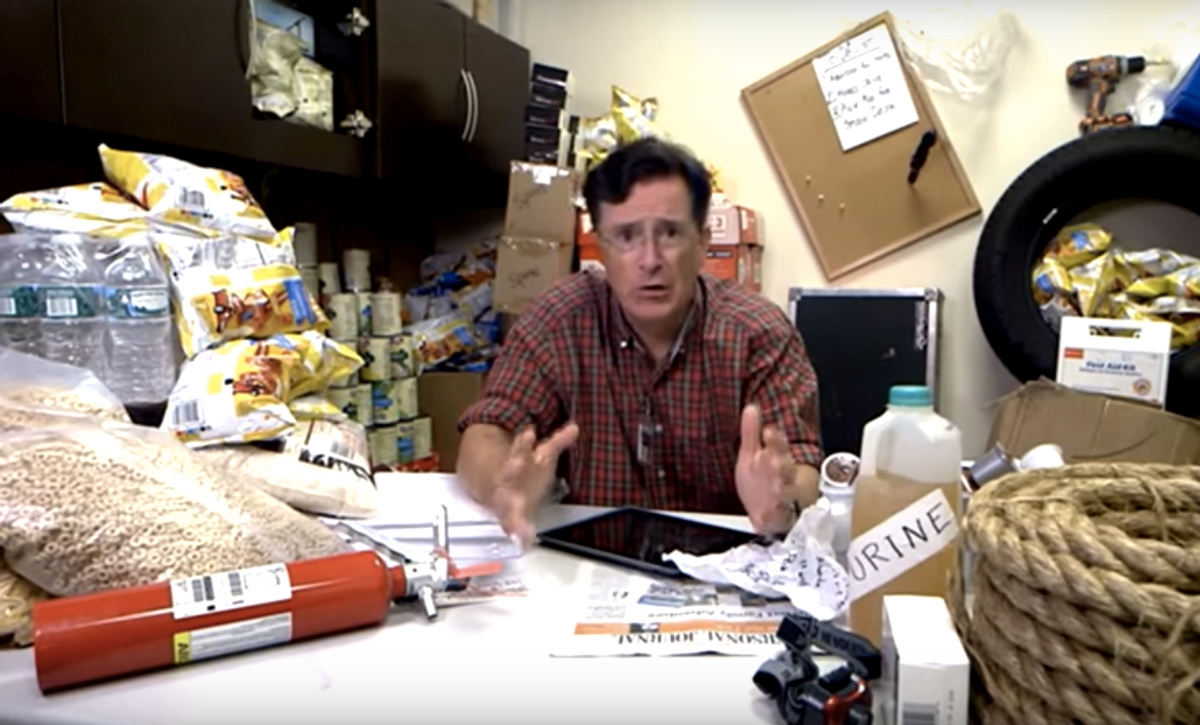 Wednesday's news that the New York Stock Exchange had temporarily halted trading on all stocks due to a technical glitch was baffling to many, but it sent Stephen Colbert into full-on panic mode.

The forthcoming "Late Show" host uploaded a video titled "Apocalypse Dow" which featured himself holed up in his windowless office with emergency supplies haphazardly scattered about his desk, including a pee jar, fire extinguisher and a trove of K-Cups for good measure.

Watch the clip courtesy of The Late Show below: