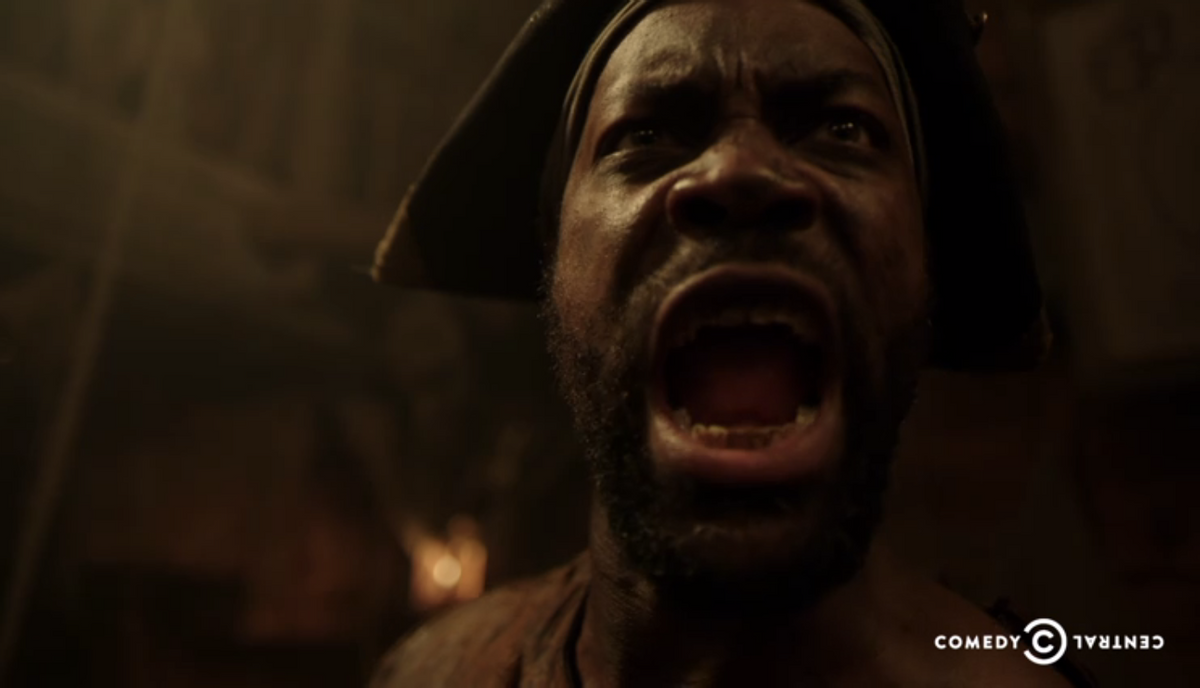 In the "Key & Peele" universe, pirates don't ever say the word "ho," because "that's disrespectful yo."

Meet the new wave of socially conscious, consent-advocating pirates from season five's debut episode. Much in the same way the comedy duo once fantasized about a world without trigger-happy cops with "Negrotown," "Pirate Chantey" presents another utopia -- for pirates. In it, the aggressively alpha-male archetype is exchanged for a much more empathetic portrait.

These pirates get that "no means no," and they chant about it, too. In one verse tackling the issue of sexual consent, Peele sings:

"I once met a lass so fine, she was drunk on barley wine, I'd been to sea for months a-three, I knew I could make her mine. And the lass was past consent, so it was off with her we went. We threw her in bed and rested her head and we left because that's what gentlemen do."