"What tradition does the Confederate flag represent? Is it slavery, rape, genocide, treason, or all of the above?"

New York Rep. Jeffries absolutely unloads on Republicans: "The Ghosts of the Confederacy have invaded the GOP" 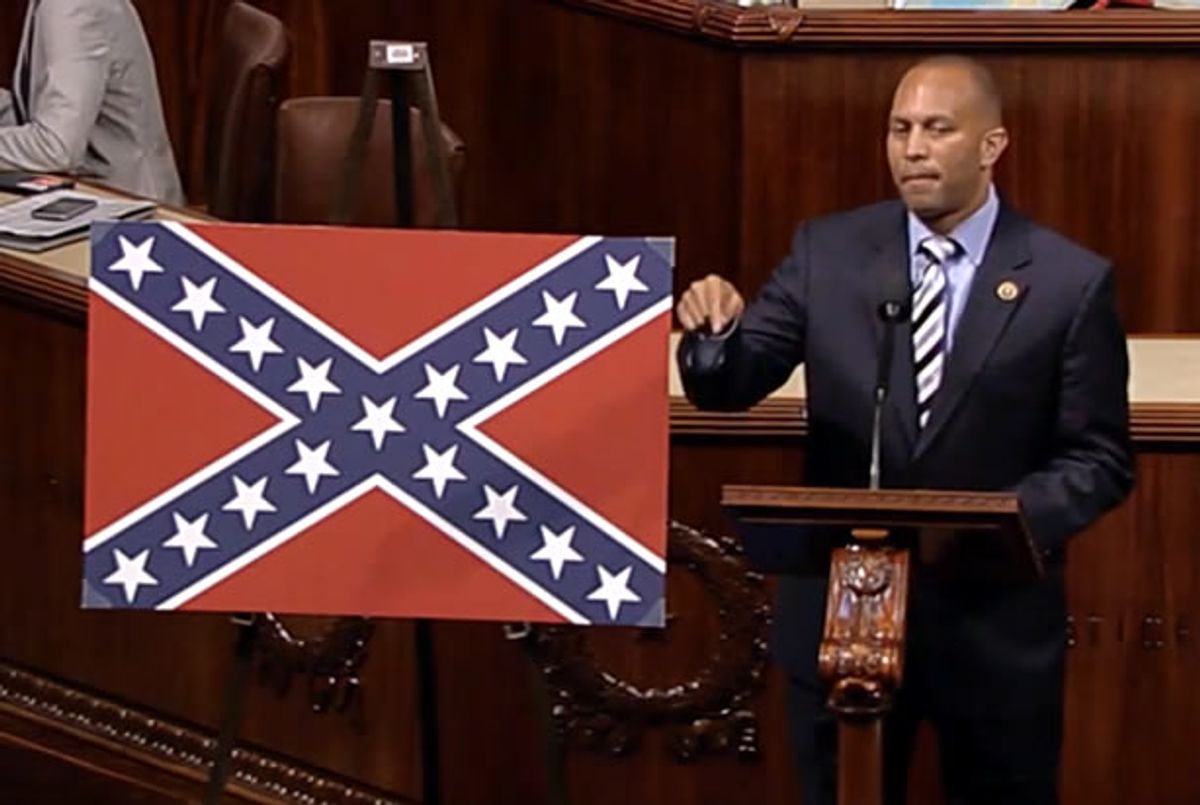 New York Democratic Representative Hakeem Jeffries stood on the House floor Thursday afternoon and delivered a blistering indictment of his Republican counterparts for refusing to support a bill that would have banned the flying the Confederate battle flag on National Park Service grounds.

"Earlier this week, Congressman Jared Huffman and I introduced collectively three amendments whose purpose was to prohibit the use of federal funds connected with the purchase, sale or display of the Confederate battle flag," he said.

As of Tuesday, Republicans were supporting the bill. "It appeared that House Republicans were prepared to do the right thing and help to banish this symbol of racial hatred and oppression," he said, before adding, "but then the ghosts of the Confederacy apparently invaded the Republican conference."

By not supporting the amendments, Republicans are legitimizing the battle flag and what it represents, about which Jeffries asked a powerful question: "What exactly is the tradition the Confederate battle flag is meant to represent? Is it slavery, rape, kidnapping, genocide, treason, or all of the above?"

"The red on this flag," he said, choking up, "is a painful reminder of the blood that was shed by African-American slaves who were beaten, raped, lynched and killed here in America as a result of the institution of slavery."

"So what exactly is the tradition the Confederate battle flag represents?" Jeffries asked. He reminded the assembled House that they were elected to be leaders, not "people who cower in fear of some narrow-minded Americans who aren't aware the South lost the war 150 years ago."