"Overwhelming preponderance of evidence was that sales were limited to strategic bulk purchases," the Times said 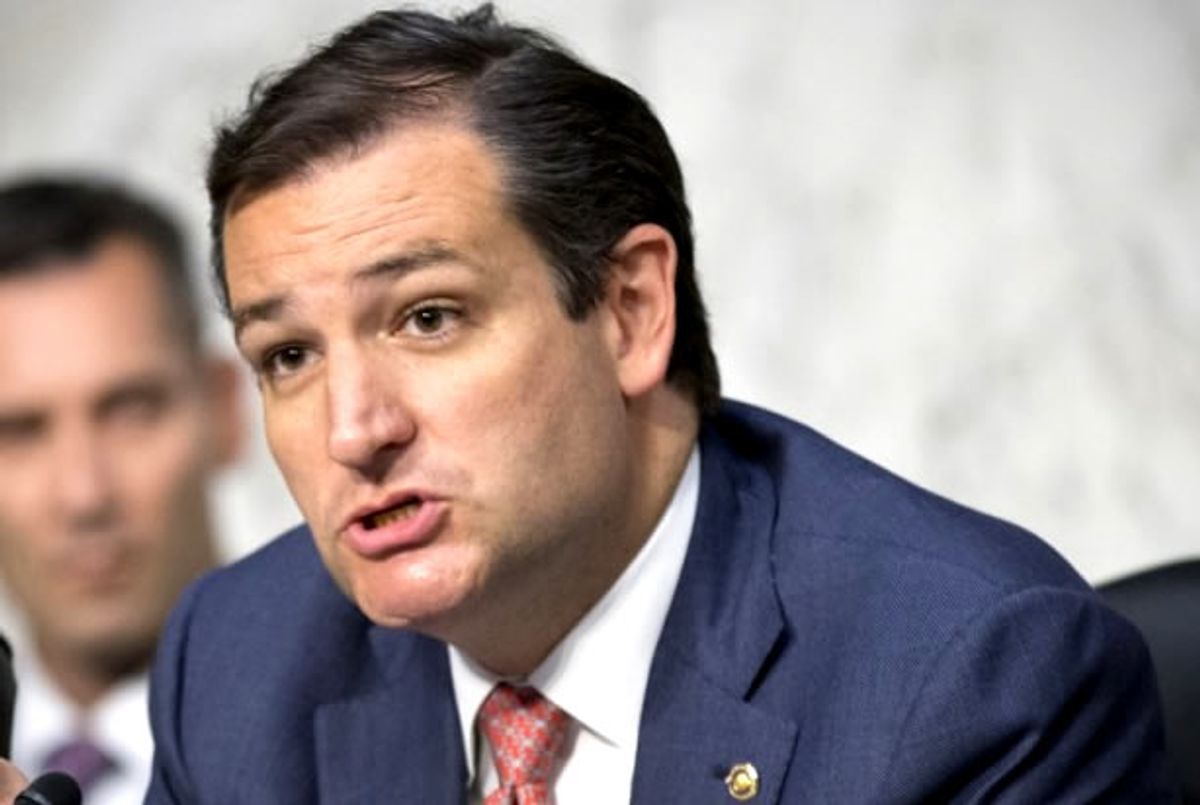 Conservatives are furious at the New York Times for refusing to allow Ted Cruz and his publisher, HarperCollins, to game the system and "earn" his way on to the bestseller list via "strategic bulk purchases."

In an email to Politico's Dylan Byers, Times spokeswoman Eileen Murphy explained why Cruz's "A Time For Truth" was omitted, noting that the company has "uniform standards that we apply to our best seller list, which includes an analysis of book sales that goes beyond simply the number of books sold."

"In the case of this book," she added, "the overwhelming preponderance of evidence was that sales were limited to strategic bulk purchases."

Conservatives are complaining that "bulk purchases" should still count as sales:

And while they might have ground to stand on there -- if by "bulk purchases," the Times meant "10,000 copies purchased to be sold at Walmart" -- but the Times specified that it believes HarperCollins engaged in "strategic bulk purchases." In essence, The Times accused Cruz's publisher of trying to buy its way onto the bestseller list by having a firm like Result Source hire thousands of people across America to individually purchase a copy of "A Time For Truth," in the hope that some of those retailers are on the secret list of booksellers who report their sales to the Times, or that the aggregate purchasers will simply be too high for the Times to ignore.

In other words, conservatives are upset that HarperCollins got caught trying to rig the system in order to make "A Time For Truth" a bestseller, though that's not quite how they see it:

They could pause to reflect that this alleged bias hasn't stopped Mitt Romney and Sarah Palin from becoming certified New York Times bestselling authors, but apparently, they'd just rather live in a world where cheaters always prosper:

You would think conservatives would be more concerned that one of their high profile presidential hopefuls rigged the game and still only managed to sell 12,000 copies of his new book -- which is more than twice as many copies as another favorite of the GOP base, Marco Rubio, has sold in six months -- but apparently they'd rather spend their time directing aggression at the New York Times than reading any of the books on whose behalf they're infuriated.

UPDATE: As first reported by BuzzFeed, HarperCollins is claiming that an internal investigation found "no evidence" of bulk purchases -- strategic or otherwise -- of "A Time For Truth." In a statement, the publisher said it "has investigated the sales pattern for Ted Cruz’s book 'A Time For Truth' and has found no evidence of bulk orders or sales through any retailer or organization."

The book "ranked high on other publishing industry bestseller lists including Nielsen Bookscan (#4), a subscription service that tracks the vast majority of book sales in America, The Wall Street Journal (#4) and Barnes and Noble (#7). All these outlets omit bulk orders books from their rankings."

Dylan Byers, who first broke the story of the book's omission, contacted the New York Times, which said that it is standing by its original assessment of the book's purchasing patterns.