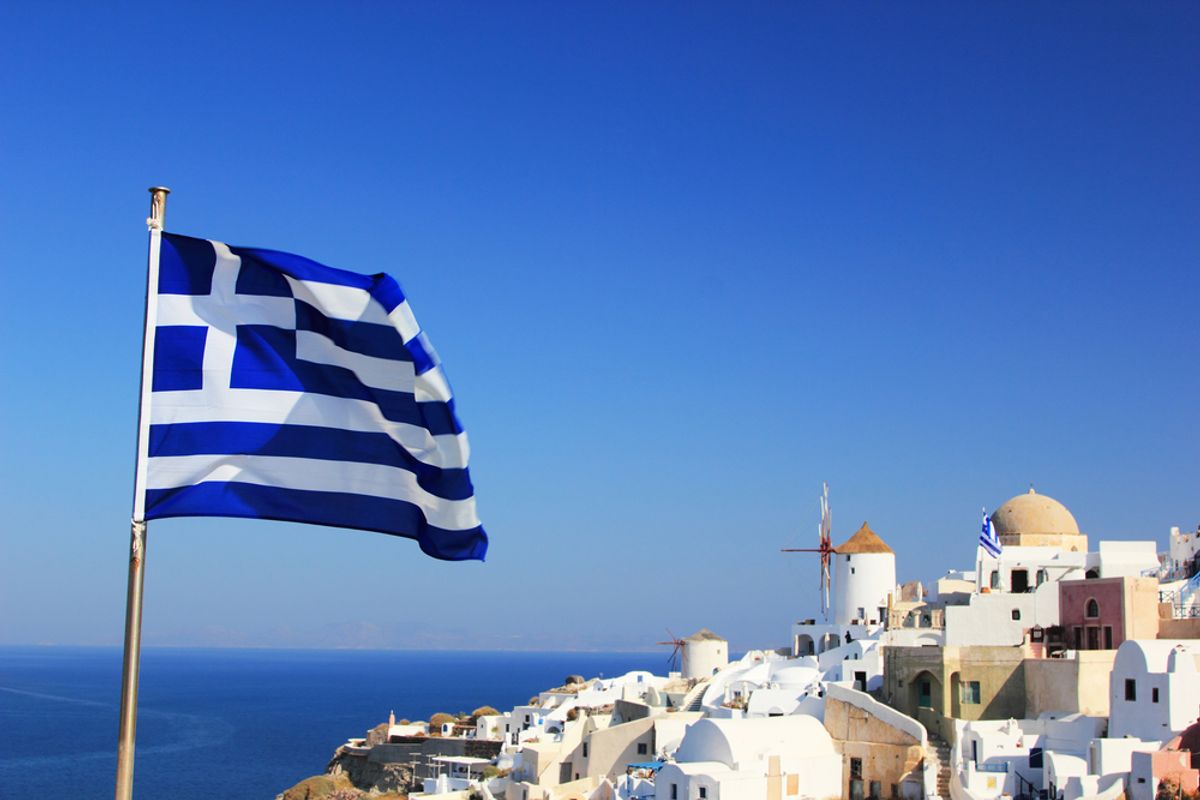 James K. Galbraith, author of The End of Normal and professor at the Lyndon B. Johnson School of Public Affairs at UT Austin, has an inside view of the crisis leading to the recent referendum in Greece. Galbraith has worked for the past several years with recently departed Greek finance minister Yanis Varoufakis as both a colleague and co-author, and he has just returned from Greece, where he looked down over the rooftops of Syntagma Square as citizens made history in a strong vote against austerity. He discusses the last week’s dramatic turn of events and what is at stake going forward as the austerity doctrine — and the entire neoliberal project — come under threat. This post was originally published on the blog of theInstitute for New Economic Thinking.

Jamie Galbraith: What happened on the 26th of June was that Alexis [Tsipras] came to realize, at long last, that no matter how many concessions he made he wasn’t going to get the first one from the creditors. That’s something Wolfgang Schäuble had made clear to Yanis [Varoufakis] months before.

But it was hard to persuade the Greek government of this because its members naturally expected, as you would when you’re in a negotiation, that if you make a concession the other side will make a concession. That isn’t the way this one worked. The Greeks kept making concessions. They’d present a program and the other side would say —as you can read in the press — oh, no, that’s not good enough. Do another one. Then they’d complain that the Greeks were not being serious.

What the creditors meant by that was this: when you come around and agreeto what we tell you, then you’re serious. Otherwise not. This is the way bad professors treat extremely recalcitrant students. You come in with a paper draft and they say, no, that’s not good enough. Do another one.

LP: Have the individual creditors differed on how to treat Greece?

JG: There are some divisions amongst the creditors that are well known. But they’re all variations on the theme of insular, sheltered, cloistered people who do not understand what is happening in Greece and do not know the economics. So, for example, the EC tends to be a little bit nicer, the IMF tends better on debt restructuring but worse on the structural issues, and the ECB was infuriated by the fact that its technocrats couldn’t walk into any ministry in Athens and make demands and be paid attention to. So there were different aspects of this that seemed to trouble different creditors, but it all amounted to the fact that between them there was no basis for arriving at anything other than the original Memorandum of Understanding [bailout program].

LP: What exactly triggered the breakdown that led to the referendum?

LP: How do you think the referendum has changed the situation? Has it given the Greeks leverage or not?

JG: That’s a difficult question. The recent Ambrose Evans Pritchard piece is very much on the mark [“Europe is blowing itself apart over Greece and nobody seems able to stop it”]. The Greek government and particularly the circle around Alexis, were worn down by this process. They saw that the other side does, in fact, have the power to destroy the Greek economy and the Greek society — which it is doing — in a very brutal, very sadistic way, because the burden falls particularly heavily on pensions. They were in some respects expecting that the yes would prevail, and even to some degree thinking that that was the best way to get out of this. The voters would speak and they would acquiesce. They would leave office and there would be a general election.

But civil society took this over in the most dramatic and heroic fashion. It was an incredible thing to see. The Greeks, amazingly, voted 61 percent no. That, momentarily, gave a jolt of adrenaline to everybody in the government. But the next morning, they were back where they were before. And that’s why, of course, Yanis left at that point. What will happen now really will depend on whether there is anything forthcoming from the creditors in Brussels. It’s a very uncertain situation. It depends a lot on specific people on the Greek team.

LP: What are the alternatives for Greece at this point?

JG: Capitulation or exit. It really depends upon a political judgment in the Greek government, which is opaque to me. There is definitely, let’s say, a concession caucus in the circle around Alexis Tsipras. That is a problem because that is obviously not what the Greek people want.

LP: What does it mean to the rest of the world if Greece capitulates or exits? What’s at stake?

JG: What is at stake is a rather heroic rebellion by a very beleaguered people against a doctrine which has been destroying their lives — the austerity doctrine and the whole neoliberal project. For the rest of us, what is at stake is whether we have the moral courage in the sense of ethical responsibility to stand up to it.

LP: Is the austerity doctrine — which has been widely discredited by economists — under serious threat?

JG: It is definitely under threat from an increasingly emboldened political movement across Europe — certainly in Spain, certainly in Ireland, probably in Portugal, Italy, and France. So the answer is yes. This is what terrifies the European elites about the Greek situation. What Syriza did was to wipe out — and the referendum completed the job — the leadership of the previous sort of condominium of governing parties, which were a neoliberal conservative party and a neoliberlized social party. Now what do you find in the rest of Europe? Look at Germany, look at France. You find exactly the same thing. And of course, the elites in those countries  fear the same phenomenon. So what we’re seeing is an allergic reaction to what they regard as a political threat of the first order.