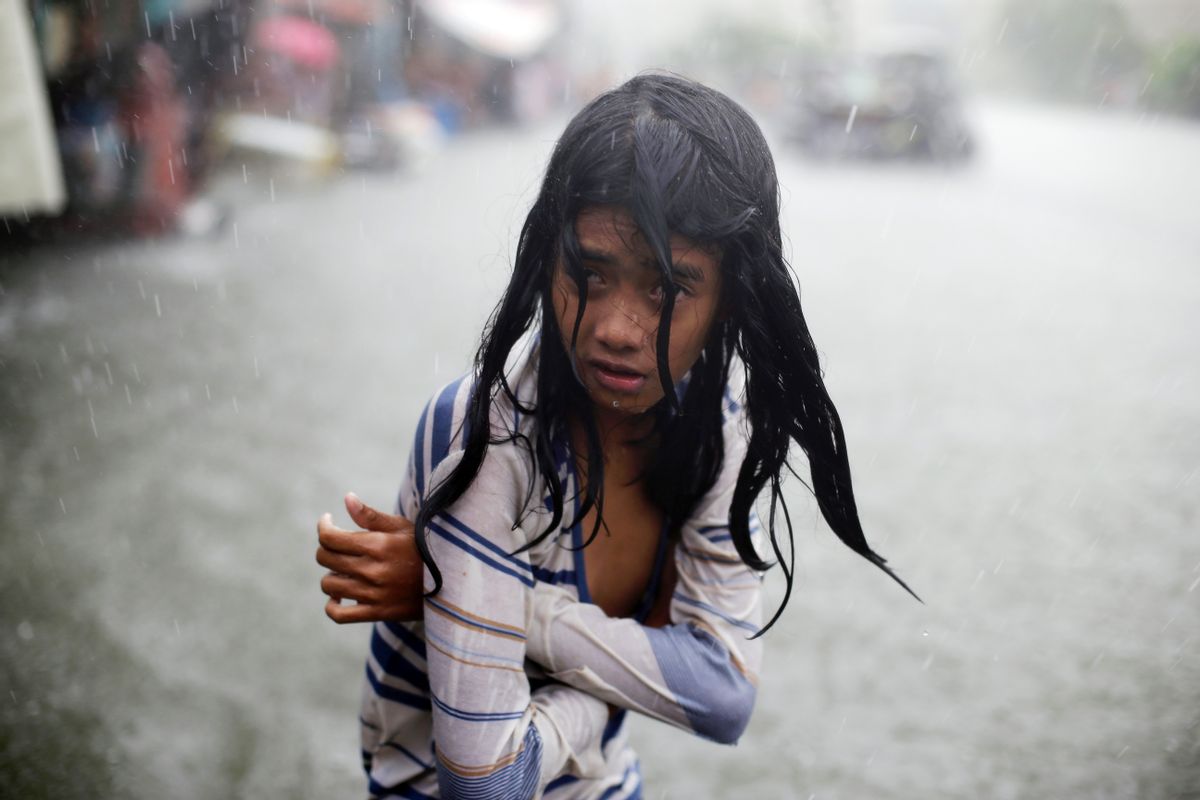 A Filipino girl tries to keep herself warm as she wades in floodwaters in the coastal village of Malabon, north of Manila, Philippines on Wednesday, July 8, 2015. Typhoon Chan-Hom is passing over the northeastern waters of the Philippines and heading to northern Taiwan, dumping heavy rains over the capital, Manila, and the northern provinces. (AP Photo/Aaron Favila)FILE- (Aaron Favila)
--

Typhoon Chan-hom battered the Chinese coast south of Shanghai with strong winds and heavy rainfall, submerging roads, felling trees and forcing the evacuation of more than a million people. It then weakened into a tropical storm as it pushed toward the Korean Peninsula, where some South Korean flights were canceled due to strong winds and rain.

In other images from across Asia last week, Thailand's rainy season officially began in the last week of May, but it rained only once in the Ban Lueam district in northeastern Nakhon Ratchasima province. It is one of more than 250 districts — or nearly 20 percent of the country — that have been declared emergency disaster zones as the prolonged drought becomes the worst in decades, its impact felt most acutely by farmers growing Thailand's most important agricultural export: rice.

The Chinese stock market is recovering after the government intervened heavily and about half of the companies listed in mainland China suspended trading in their stocks. The Shanghai Composite Index dived about 30 percent from its June 12 peak. The steep decline came after a spectacular rally that sent the Shanghai index up 150 percent in the previous 12 months despite slowing growth in the world's second-biggest economy.