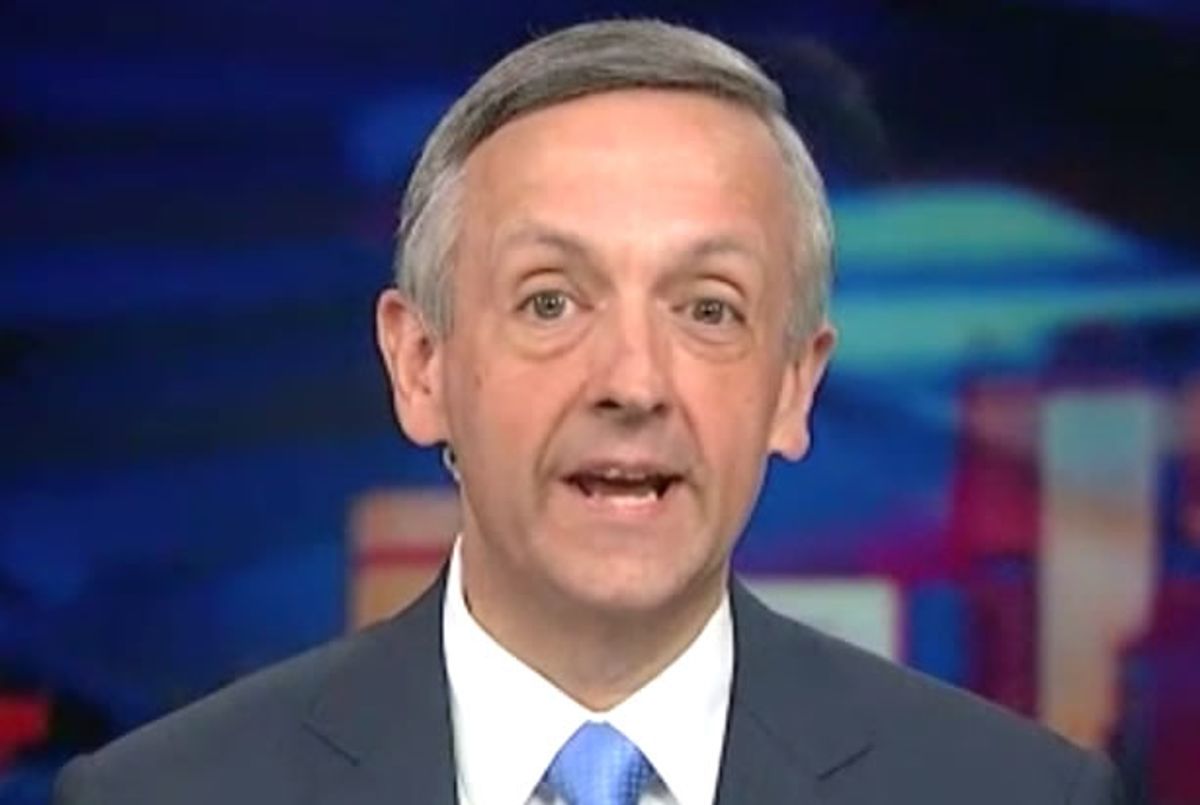 "Jesus was not this wimpy little guy who walked around munching sunflower seeds and saying nice things to people,” he said. “The real Jesus of the Bible said ‘render unto Caesar the things that are Caesar’s.' That is: obey the government."

Putting aside the fact that a religious leader is calling someone else's conception of the Christian godhead "imaginary," what's significant about Jeffress' doctrinal statements is that he's demanding that Christians put aside their deeply held spiritual beliefs -- as Sean Hannity likes to call them, often in conversations with Jeffress -- and obey federal immigration law. To claim that churches have an obligation to "render unto Caesar the things that are Caesar's" in this instance, but to brazenly defy the federal government on the issue of same-sex marriage is, to put it bluntly, the very height of cherry-picking hypocrisy.

Not that he's even remotely aware of that, mind you. "Let's show compassion," Jeffress said, "but let's enforce the immigration laws and secure the borders," just like "the real Jesus" -- the one who is equally "concerned by the horrific death of Kate Steinle [and] the poverty and plight of immigrants" -- would want Americans to.