"I'd known there was a possibility this had happened": Runaways biographer Evelyn McDonnell on rape charges

The story stunned the music community, but there'd been longtime suspicions about Kim Fowley's exploitative ways 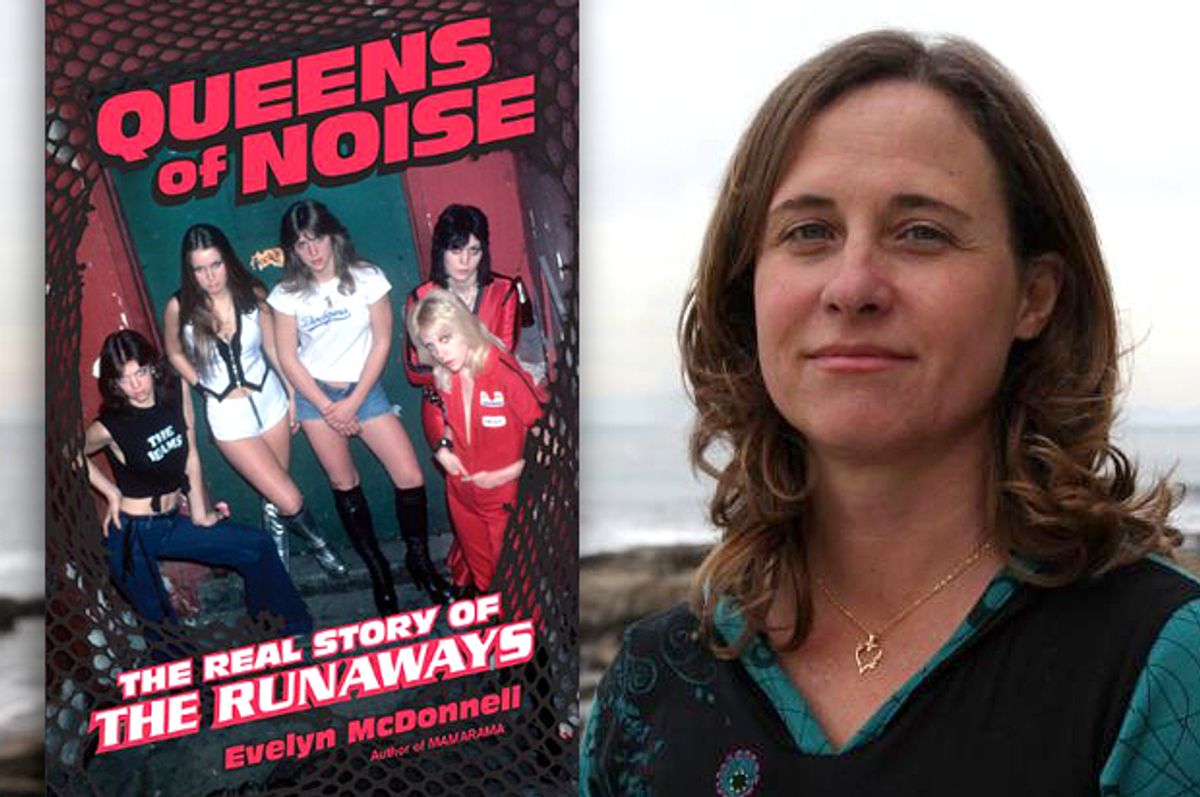 The recent story "Lost Girls," about the alleged rape of Jackie Fuchs -- who played bass for the pioneering all-female band the Runaways as Jackie Fox -- by Runaways Svengali and manager Kim Fowley, has stunned the punk-rock and music communities. That's despite longtime suspicions of Fowley’s exploitative ways. The story describes other assaults by Fowley as well.

We spoke to Evelyn McDonnell, a longtime music journalist and author of the 2013 band biography, "Queens of Noise."

Were you surprised when you heard these charges?

Yes and no. It’s something I’ve been expecting for a while, and wondering if this was going to happen, and had begun to think it hadn’t.

As I’ve written, I’d known there was a possibility that this had happened. And I thought that after Kim died [in January], things might come out. I tried to do some reporting myself after Kim died, to no avail. It had always been this huge question mark that I thought might be answered. I still don’t know if it’s completely answered yet. But I think that, thanks to Jackie, we know a lot more than we did.

You’d heard rumors of this and similar things around the Runaways, but it didn’t end up in your book. Why not?

Because Jackie denied the story to me, and denied it online. And because Kim denied the story. I did have a few accounts of it, including Cherie’s account, which she had gone public with. [Accounts] varied. I did cover the incident in my book, but I couldn’t reveal Jackie as the victim, because a) I didn’t know that she was, and b) she wasn’t ready to come forward. So I wasn’t going to out a victim who insisted she wasn’t a victim.

According to the Huffington Post story, several other band members witnessed the assault. What’s the ethical, responsible thing for them to do now, and have they done it?

I’m not going to tell anybody what they should do at this point. They all had their experiences of this event, and it affected them all, and they each have to deal with it in their own way. I know how deeply disturbing and traumatizing thinking and talking about it is for me – and I wasn’t there. I’m not going to judge anybody who was a witness to this. Or who even knew about it and hadn’t spoken up about it before.

The Huffington Post article seemed irresponsible and sensationalistic to you. What were a few of the things that bothered you?

When you write about rape in 2015, you do not need to present the lurid details, because they can re-traumatize and re-victimize both the subjects of the story and other people. And it can create a voyeuristic thrill for some people.

The story presents the victim as a sparkling, pure adolescent girl who was destroyed by a sexual assault, which is exactly what rapists want to accomplish. There is a lot of literature out there now that says that re-inscribes the act of rape. It gives the rapist the power again.

You’ve covered music for a long time.  It sounds almost like a church-lady fantasy, but how widespread was this kind of thing, in either the L.A. punk scene, or in other times and places in the rock world? Or was it an anomaly by a crazy, abusive person?

Well, you just have to read the books about Led Zeppelin. Or look at Roman Polanski. Particularly in the 1970s, in L.A., there was a ripe environment for this.

The really, really complicated thing about this is that the ‘70s was a time in which young women were redefining themselves sexually. It was also the time of a split in feminism, between anti-porn and pro-sex feminists; it was a great rock critic who coined “pro-sex feminist” -- Ellen Willis.

This is why hearing Jackie’s story is so compelling -- hearing from one of those girls now.