Disick's possible girlfriend gets social media hatred -- let's remember, the guy's the one who actually cheated 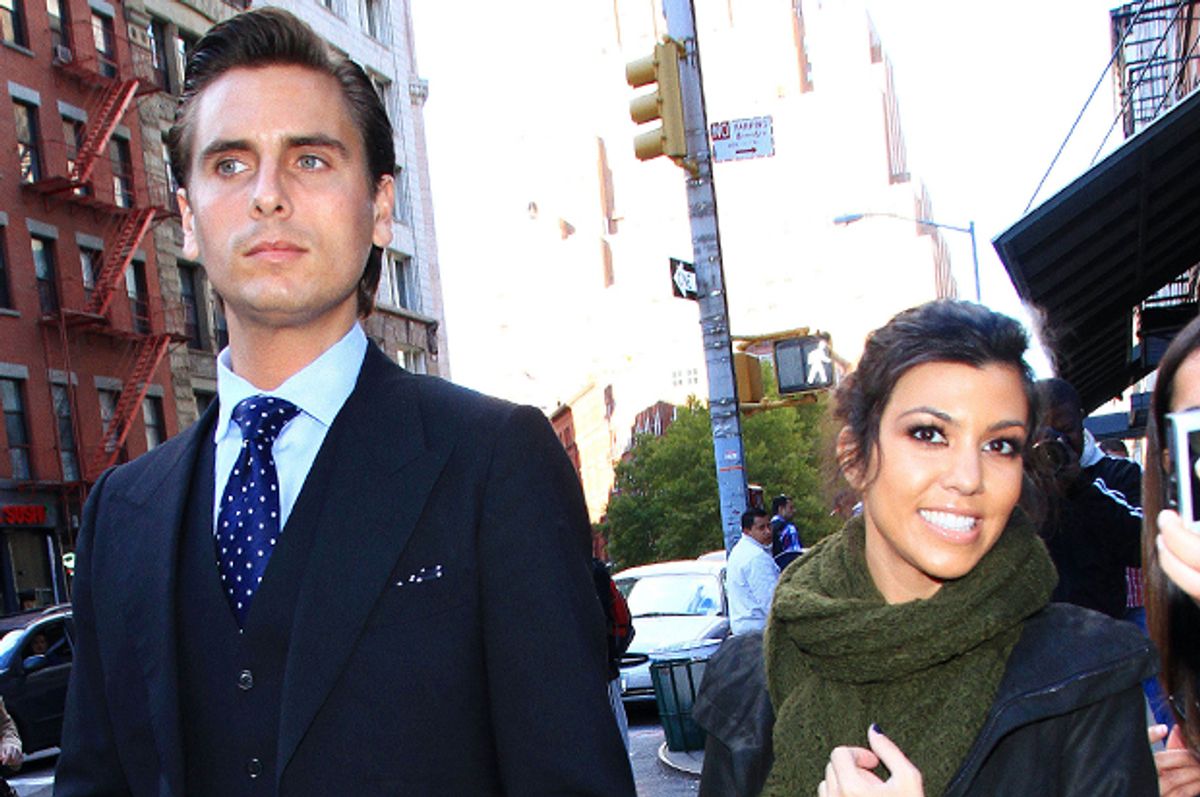 Correction: An earlier version of this story had a photo and a reference to Khloe Kardashian

Kourtney Kardashian and Scott Disick fans, I feel you. I get why you are so impassioned about wanting this couple you’ve watched on TV and in the tabloids to stay together, whether for the sake of themselves or their three children, Mason, Penelope and Reign, and that you’re angry about their recent breakup. But, as someone who’s been the other woman, I’m here to tell you that turning that anger into death threats against Disick’s ex, stylist Chloé Bartoli, who was seen in cozy photos with Disick off the coast of Monaco prior to the split, is not the answer.

In the past week, Bartoli’s Instagram account, which she’s since made private, was bombarded by comments calling her a whore, a homewrecker, and more. When I checked it this weekend, the sheer number of similar comments were staggering; the assumption was that since Bartoli was on vacation with Disick, she was the precipitating cause for the end of a nine-year relationship. Yes, a few photos of Disick with his hand on her back, and she instantly deserves to be “the most hated girl in America,” according to one Twitter user.

Whether or not you care about our country’s most famous reality TV family, the issue goes beyond Bartoli. When a woman appears anywhere near a man whose marriage or long-term relationship is on the brink, she is automatically branded a homewrecker, who simply has to bat her eyes at a man who’s “taken” in order to lure him away. We manage to forget or conveniently ignore any behavior on the man’s part that may have led up to the relationship’s instability, as well as the fact that, well, he’s the one who made the commitment, not the other woman.

Calling Bartoli names and assuming she is the cause of the split assumes that their relationship was on extremely steady ground until Bartoli suddenly came along and ruined it—and by extension, casts aspersions on every other woman who’s ever been in a similar situation. There’s a few things wrong with that way of thinking. Firstly, we barely know what, if anything, happened beyond the photos showing them in close contact. It’s possible Disick was simply confiding in her, who he reportedly dated prior to getting serious with Kourtney. It’s telling that early reports claimed that Kourtney was mortified by the public nature of the photos, not any proof that they’d hooked up. According to Us, “She can’t believe he’d be so stupid to embarrass her and be photographed all over Chloe.” Maybe she was already at the end of her rope and looking for a reason to dump him. Who knows? Until we do, though, the assumptions and vitriol seem especially overblown.

Secondly, Disick is a grown man, even though he may rarely act like it. If he did cheat on Kourtney, or even just allow himself to be photographed in a way that made it look like he did, that’s on him, not Bartoli or any other woman. As Joyce McFadden wrote a few years ago about reports that Jennifer Aniston was upset with Angelina Jolie for “breaking up” her marriage, “Women aren't omnipotent sirens who lure poor helpless men, and this is true even of women who might have predatory leanings.” Disick is the one who went on the trip, missing his daughter’s third birthday party, rather than stay home with his family. Yet comments on his Instagram account are far less hateful than those posted on Bartoli’s, where many sided with him and what’s assumed to be a lackluster sex life that led him to cheat, or expressed support with statements like “I hope you get treated for your depression. Check into rehab to get sober. Don't listen to the haters. Get help for yourself and the kids.” Not exactly a death threat, is it?

The fierce rage we as a culture call up when it comes to the “other woman” doesn’t have a male corollary. When a woman cheats, she is expected to take the fall, but when a man does, we either accept it as a grown-up version of “boys will be boys” or assume he was tempted to the point where he couldn’t refuse. We made fun of Gwyneth Paltrow and Chris Martin’s “conscious uncoupling”—but is the alternative turning celebrity breakups into blood sports where there must be a clear victim and a clear villain?

I don’t want to sound like I’m defending Disick, has, based on my TV viewing, appears to epitomize rich white male entitlement. I’ve often wondered what exactly Kourtney sees in him, but also rooted for them as one of the most long-term couples, not to mention three-time parents, of the extended family. But the way fans have reacted to this news is disturbing, to put it mildly. It’s not as if this is the first blip in their relationship, nor, I’d venture, if they get back together will it likely be their last. So to presume that Bartoli is a cause rather than a symptom of their issues is to actively choose to blame her over Disick, which quite conveniently lets him off the hook.

Assuming that there’s always a “homewrecker” at the heart of a split like this is simplistic—and sexist. Who knows if any of the times Disick’s allegedly cheated have actually happened?  If they have, that’s something he and Kourtney need to work out, or not work out, as the case may be.

For those who are eager to lambast Bartoli as the root of all evil, I urge you to ask yourself whether she truly deserves your ire. There are so many possibilities here: that this is a temporary breakup and they’ll get back together; that this is a ratings ploy; that their relationship had run its course and would have ended anyway, racy photos or not. Whatever the case, assuming that this other woman, whose existence you just found out about via a few paparazzi photos and Instagram photos, is the world’s biggest homewrecker, is foolish, not to mention, doesn’t help get your favorite couple back together. So let’s hold off on the hasty assumptions, not to mention mindless hatred, and see how this latest Kardashian drama unfolds.