"A decade of diplomatic efforts": The complete timeline of how the Iran deal was reached

The behind the scenes history of tension, negotiation and finally, deal-making 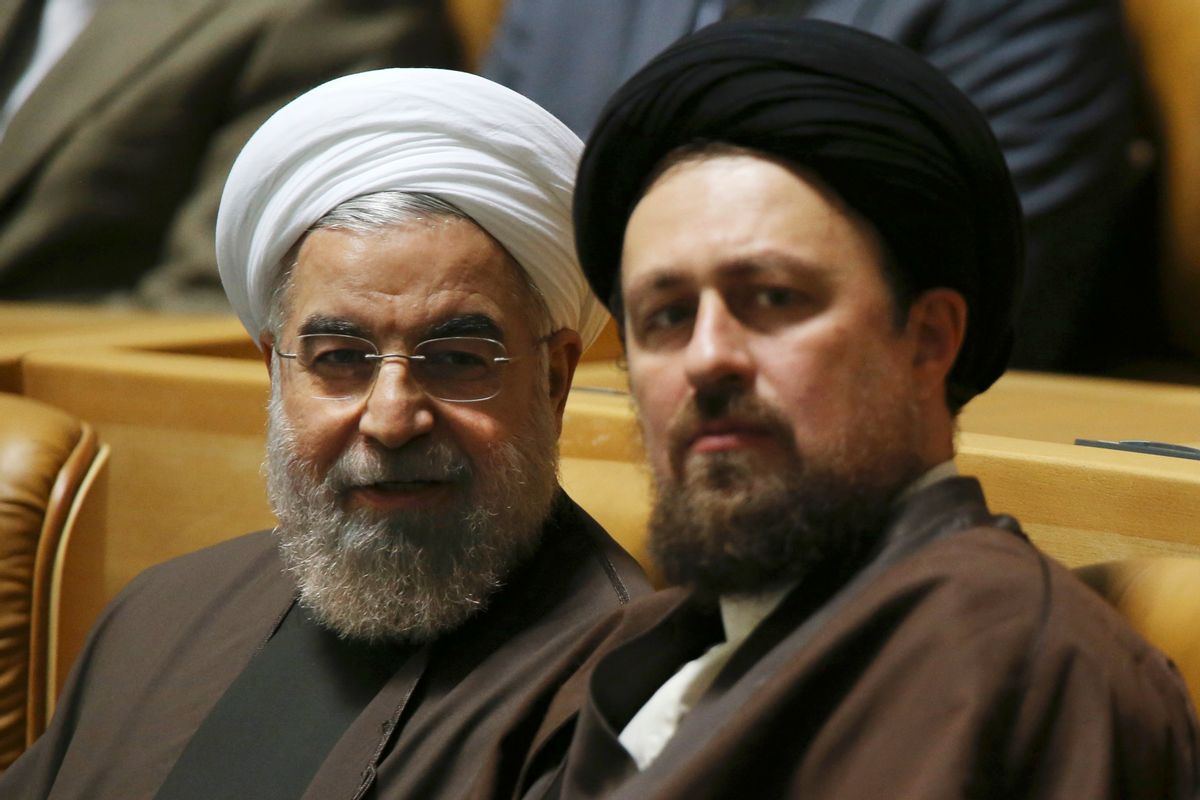 A timeline of major events over that timespan:

August 2002 - Western intelligence services and an Iranian opposition group reveal a covert nuclear site at the eastern city of Natanz. An inspection by the U.N.'s International Atomic Energy Agency reveals it was used to enrich uranium, a process for producing fuel or nuclear warheads.

February 2006 - Iran announces it will restart uranium enrichment following the election of hardline president Mahmoud Ahmadinejad, a critical Iran report by the IAEA to the U.N. Security Council, and after Britain, France and Germany walk out of stalled negotiations.

June 2006 - The United States, Russia and China join Britain, France and Germany to form the P5+1 group of nations trying to persuade Iran to curb its nuclear program. Washington initially stays away from the negotiating table.

November 2007 - The number of uranium-enriching centrifuges assembled by Iran reaches about 3,000 from just a few hundred in 2002. Its stockpile of low-enriched uranium also grows, giving Tehran a theoretical ability to make enough-weapons grade uranium for a bomb within a year.

September 2009 - Western leaders announce that Iran has dug a covert enrichment site into a mountain, escalating concerns because the facility may be impervious to air attack.

October 2009 - Under President Barack Obama, a senior U.S. diplomat meets one-on-one with Iran's top nuclear negotiator. The talks are some of the most extensive between Washington and Tehran in three decades.

February 2010 - Iran announces it has started to enrich uranium to near 20 percent, a technical step away from weapons-grade material.

May 2010 - Brazil and Turkey announce their own nuclear deal with Iran, to America's great dismay. The arrangement quickly falls apart.

January 2011 - Negotiations between Iran and the six world powers break off for what proves a 15-month hiatus. Iran refuses to make deep cuts in its nuclear program.

November 2011 - The IAEA outlines the possible military dimension to Iran's nuclear activities. Iran denies the allegations, saying they're based on falsified Israeli and U.S. evidence.

January 2012 - The IAEA says Iran is enriching to 20 percent at its mountain facility near Fordo. The European Union freezes the assets of Iran's central bank and halts Iranian oil imports.

April 2012 - Negotiations restart between Iran and the six world powers but go nowhere.

August 2013 - Hassan Rouhani defeats several hardline candidates to become Iran's president, declaring his country ready for serious nuclear talks. By now, Iran has about 20,000 centrifuges and the U.S. estimates the country is only a few months away from nuclear weapons capability.

November 2013 - Iran and the six powers announce an interim agreement that temporarily curbs Tehran's nuclear program and unfreezes some Iranian assets. The deal sets the stage for extended negotiations on a comprehensive nuclear accord.

July 2014 - Talks miss the deadline for a final pact. A four-month extension is agreed.

April 2015 - A framework deal is announced, outlining long-term restrictions on Iran's nuclear program and the removal of many international sanctions. Much remains unresolved, however.