The tweet didn't actually feature Nazi soldiers, but it sure looked that way to many users 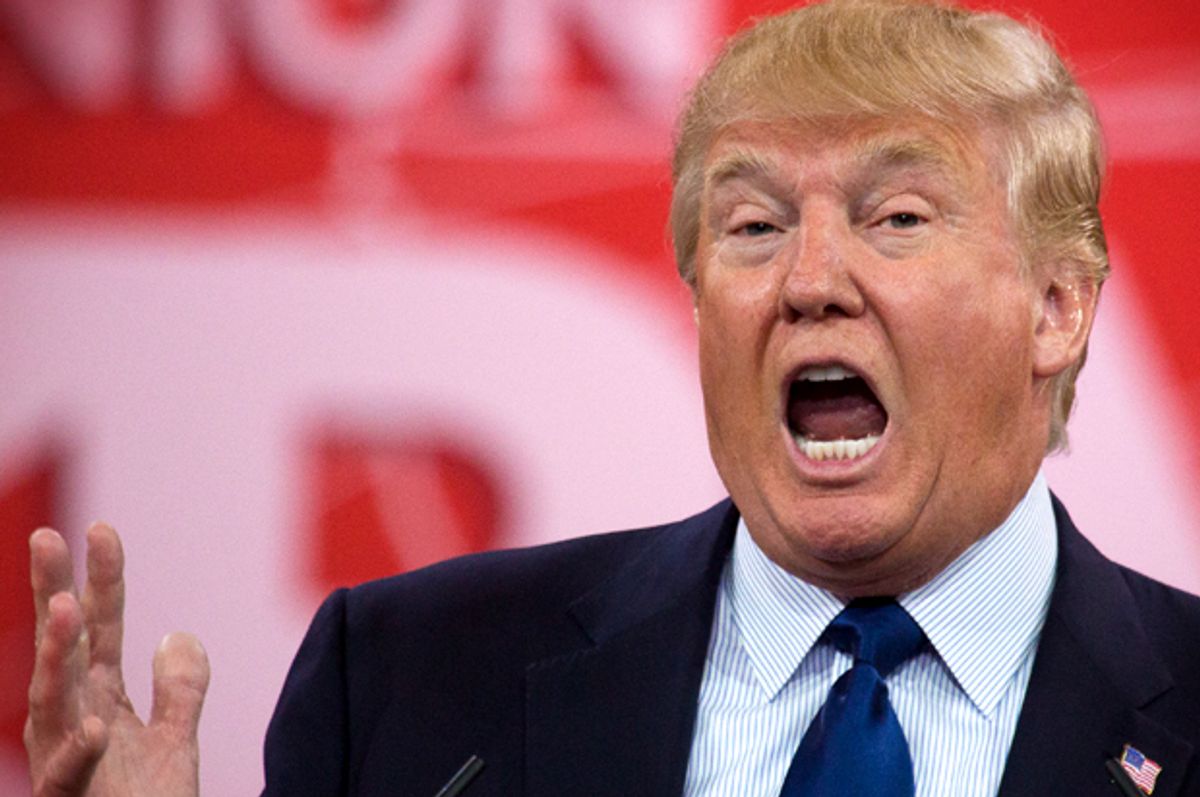 Donald Trump tweeted and then quickly deleted an image of his face juxtaposed with what some Twitter users alleged were Nazi soldiers. In any case, they certainly are not modern American troops.

The image superimposed Old Glory over Trump's face, the White House, a pile of cash and what appears to be Wehrmacht soldiers -- the heart of Nazi Germany's military. Below the image, the words: "We need real leadership. We need results. Let's put the U.S. back into business." Trump tweeted himself, #MakeAmericaGreatAgain. But the mystery of the Trump soldiers was quickly solved:

A new USA Today/Suffolk University poll released this afternoon found Trump leading every other Republican candidate nationally with 17 percent support. Jeb Bush is the only other GOP contender in double digits with 14 percent of the vote.