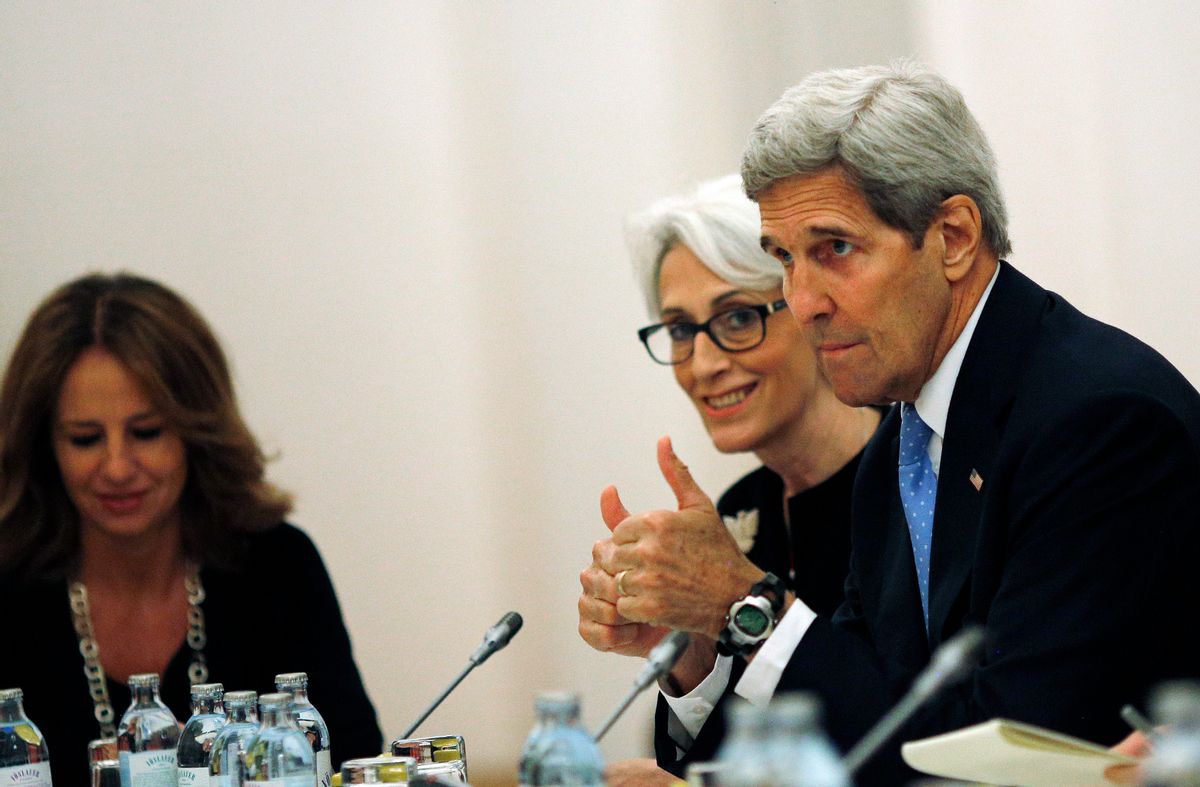 VIENNA — World powers and Iran have formally announced a comprehensive nuclear accord.

Federica Mogherini, the European Union's foreign policy chief, says, "Today is an historic day." She said it was a great honor "for us to announce that we have reached an agreement on the Iranian nuclear issue."

The landmark Iran nuclear agreement was reached Tuesday after clearing final obstacles, and a senior diplomat said it included a compromise between Washington and Tehran that would allow U.N. inspectors to press for visits to Iranian military sites as part of their monitoring duties.

But access at will to any site would not necessarily be granted and even if so, could be delayed, a condition that critics of the deal are sure to seize on as possibly giving Tehran time to cover any sign of non-compliance with its commitments.

Under the deal, Tehran would have the right to challenge the U.N request and an arbitration board composed of Iran and the six world powers that negotiated with it would have to decide on the issue.

Still, such an arrangement would be a notable departure from assertions by top Iranian officials that their country would never allow the U.N's International Atomic Energy Agency into such sites. Iran has argued that such visits by the IAEA would be a cover for spying on its military secrets.

On Tuesday morning, the European Union announced that the final plenary of Iran and the six countries negotiating with it will take place at 10:30 Vienna time, followed by a news conference. A Western diplomat said they will endorse the deal, reached in the early morning hours. He demanded anonymity because he was not authorized to comment on the confidential talks.

While access is a key part of monitoring envisaged cuts on Tehran's present nuclear activities, it is also important for the IAEA as it tries to kick-start nearly a decade of stalled attempts to probe allegations that Iran worked on nuclear arms. Washington says that Iran must cooperate with the IAEA's probe as part of any overall deal before all sanctions on it are lifted.

The Iranians insist they have never worked on weapons and have turned down IAEA requests to visit sites where the agency suspects such work was going on, including Parchin, the military complex near Tehran where the agency believes explosives testing linked to setting off a nuclear charge was conducted.

Iran's acceptance in principle of access to military sites will give the agency extra authority in its attempts to go to the site and its demands — previously rejected by Tehran — to interview scientists it suspects were involved in the alleged nuclear weapons work.

Any deal will go to the U.N. Security Council, which is expected to endorse it by the end of the month, to start the mechanics of implementation — long-term, verifiable limits on Iranian nuclear programs that could be used to make weapons in exchange for an end to sanctions on the Islamic Republic.