Lena Dunham won't be your Gwyneth: "Girls" plus Rookie does not equal Goop 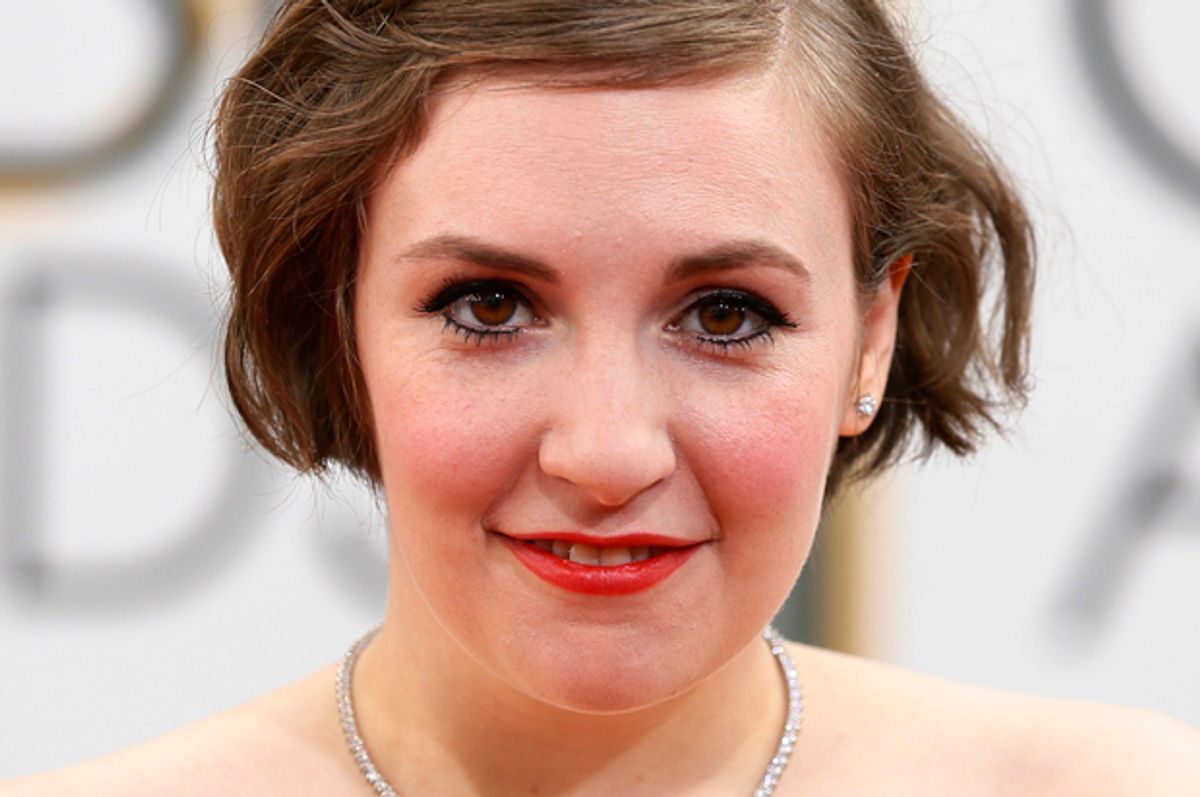 Right now, I have 865,430 emails in my inbox, so you might think I would roll my eyes at the prospect of another item filling it up on a regular basis. Au contraire. Part of why my perennially bulging Gmail account is so filled is because I am the kind of person who likes email, to put it mildly. I’m aware that to the younger generation, that’s passé; on a recent family vacation, my 13-year-old cousin said she pretty much only uses email to send and receive school assignments, otherwise she’s all about Snapchat.

But I’m three times her age, and no matter how often I refresh my Facebook feed and visiting my favorite sites, I always seem to have some form of digital FOMO. So I am an avid newsletter subscriber, and what I’ve noticed is that there’s a conversational tone to many of the newsletters I receive that offers me something valuable and different from what I’d get visiting the authors’ social media pages. So I can find out what a writer I admire is cooking, or what podcasts to listen to next. Also, unlike with a website full of links, I don’t have to worry about losing the link to a newsletter when I click through to something and invariably get distracted and keep clicking. It’ll stay in my inbox as long as I want it to.

The other reason I’m excited is that, well, it’s not called Lena. For those who avidly follow the Girls creator and actress, she is already very active on Twitter and Instagram, so much so that when she posts her plans to grow her armpit hair, it makes headlines. So it’s smart that she’s not going to try to make Lenny entirely her project, offering solely her own POV. Instead, she’s hired Slate contributor and former Jezebel writer Jessica Grose, who also has her own personal newsletter Grose Thoughts, as editor-in-chief, Rookie writer Laia Garcia as associate editor and freelance writer Doreen St. Félix as editor-at-large.

While some twenty-somethings still want to claim Dunham as “the voice of their generation,” this is a chance for Dunham to use social media to highlight other voices and move the conversation hopefully a little away from her own opinions in order to include a wide range of voices, who may or may not always agree with her.

Grose likened Lenny to “Rookie’s big sister” (Rookie is the online magazine run by teen fashion sensation Tavi Gevinson) or “Goop meets Grantland.” I’ve never subscribed or even read the much-maligned Goop, brainchild of Gwyneth Paltrow, because my impression’s always been that it offered little more than offerings from Paltrow’s life, which, as a freelance writer who struggles to make rent and can barely boil water, seems far removed from mine. Although my life is also probably far removed from Dunham’s in terms of the day to day (Dunham owns two homes in Brooklyn and L.A. worth millions), her interests, especially in feminism, more closely align with mine. While Goop seems tailor-made for hate reading, given its often rarified interests, Lenny is starting with a platform that seems to already have built-in appeal to both Girls viewers and readers of sites like Rookie and Jezebel.

At The Frisky, Megan Reynolds asked, essentially, why bother with Lenny, likening the language surrounding its launch to the male-owned Bustle. “Are we so far behind that we need yet another publication to prove that women are capable of processing complex dualities of thought? Is it so ludicrous to imagine that women cannot think about lipstick and world hunger and making soufflé and their 401(k)s at the same time. Is this really necessary?” Reynolds wrote.

But aside from the fact that there’s certainly room for different kinds of voices and perspectives in online media serving women (see also: Vice’s soon-to-launch Broadly), I think it makes perfect sense that someone like Lena Dunham would want to launch a newsletter. First of all, it’s weekly, not daily, so she does not have to cater to the 24/7 news cycle. Second, she will know exactly how many people are subscribing and reading and can cater her content accordingly.

Third, and perhaps most importantly, a newsletter is, for the most part, a one-way endeavor. There’s no comments section (and won’t be one, according to Buzzfeed, when the newsletter eventually heads online), so while readers will be able to email Lenny’s editors, those communications won’t be public, though Lenny does have its own Facebook, Twitter, Pinterest and Instagram accounts and users can interact there.

Even though Dunham won’t be writing the majority of the content herself, the power to deliver a message and not have it immediately overrun with naysayers is something to factor in. This is especially the case considering that, even though Dunham has over 2 million Twitter followers, she proclaimed in January that she’d removed the Twitter app from her phone to “create a safer space for myself emotionally” because “There’s a lot of people I love on Twitter, but unfortunately you cant’ read those without reading deranged Neocons telling you you should be buried under a pile of rocks.” Lenny sounds like the chance for her to create an opt-in world where the level of feedback will most likely not be quite so immediate, or will at least be filtered by her staff.

While there will be advertising and e-commerce in the newsletter, and, Buzzfeed noted, Lenny “will eventually morph into a something of a website-letter hybrid,” given the success of Girls and Dunham’s memoir Not That Kind of Girl, I think it’s safe to assume she’s not doing it for the money—or at least, not just for the money. Which is good, because even though Dunham could probably launch her own artsy hipster version of a shopping site a la Ellen DeGeneres or Reese Witherspoon, that is something I don’t think the world needs. But smart writing by and for women as we head into an election season with a major female candidate running for president? That’s worthwhile. Considering that Dunham had Planned Parenthood join her on her book tour and is an advocate for reproductive rights, I would expect that to be woven into Lenny’s content in ways that speak to the specific concerns of young women.

For me, Lenny’s biggest selling point so far, aside from my being interested in the topics it plans to cover, is that it’s easy. All I have to do is enter my email address and wait and see what arrives. Even though I do the majority of my media consumption online instead of in print, I’m lazy, plus I like to feel just a little special. Even though I’m probably going to be one of many thousands of people subscribing to Lenny, it will still feel just a little more personal to receive it in my inbox, rather than having to seek it out. As for my 13-year-old cousin? I’m going to suggest she make an excerption to her no-email rule and subscribe too.