"He's good for the well-being and mental health of political satirists!" 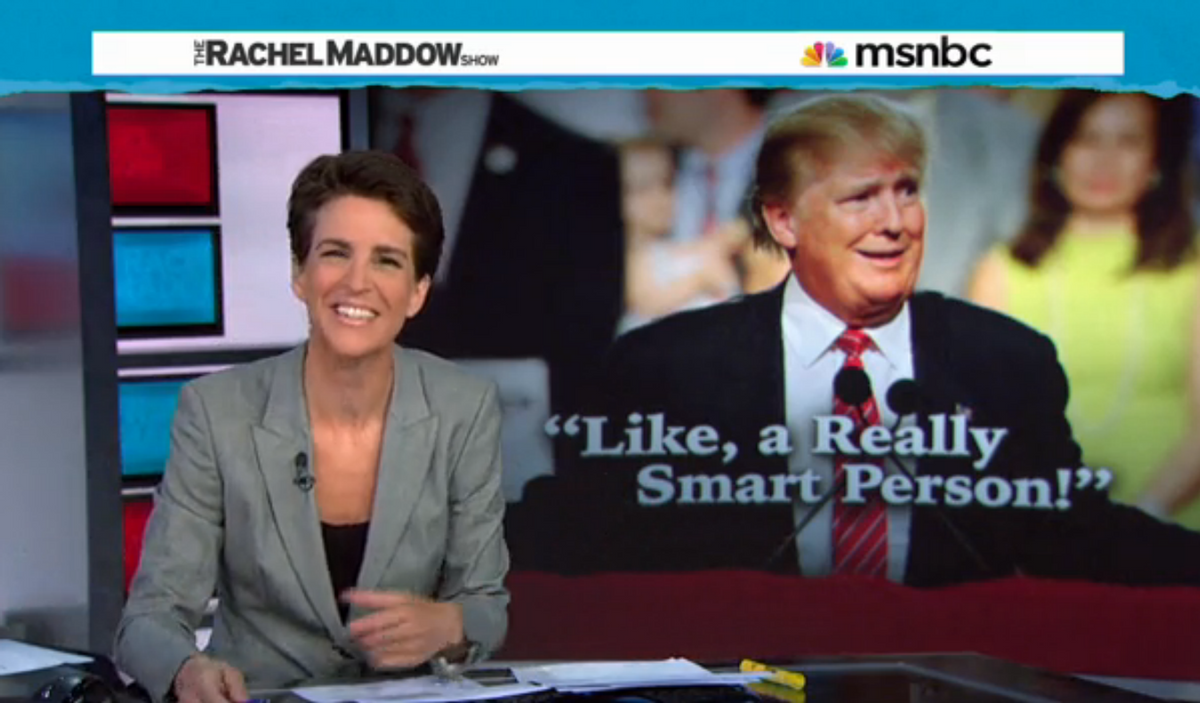 David Letterman put it well when he came out of retirement to make fun of one of the latest GOP presidential candidates last week: Donald Trump makes it so the Republican mascot is the same as Democrats' -- an ass. Rachel Maddow couldn't seem to agree more. During her show on Monday, Maddow devoted a significant chunk of time to poking fun at the business mogul-turned-openly racist presidential candidate, explaining the few solid benefits to Trump's hat being in the ring. Mostly, they have to do with Trump's ability to inadvertently give people a good laugh. "David Letterman [is] still retired, apparently, but working again despite himself," Maddow said, "because Donald Trump is, in that one very specific way, very good for our country: He is good for the well-being and mental health of political satirists!" Watch Maddow's review of Trump's unintentionally hilarious weekend below: