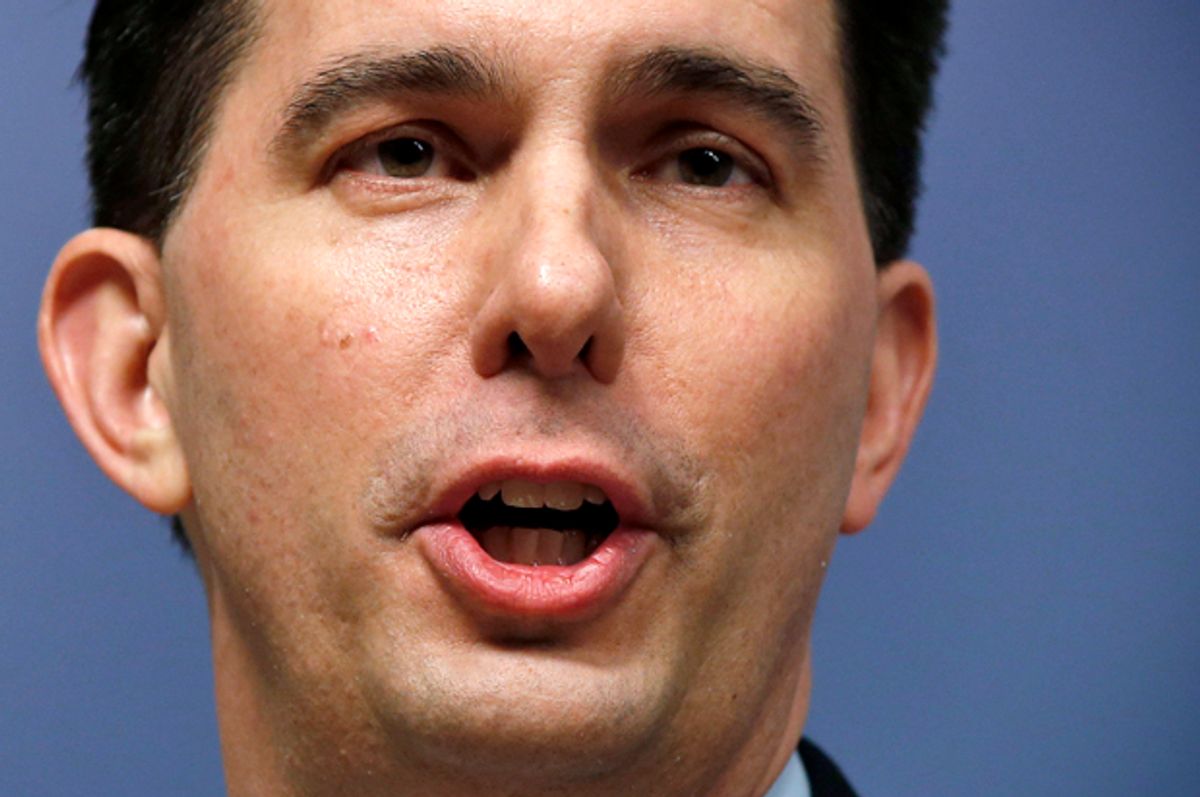 Republican Wisconsin Governor Scott Walker became the first candidate to speak out against the Boy Scouts of America's reported decision to overturn its longstanding ban on gay leaders, citing the need to "protect children."

After new Boy Scout of America president and former Secretary of Defense Bob Gates encouraged the organization to overturn its practice of denying leadership positions to openly gay individuals last year, the Executive Committee voted unanimously to lift the ban and allow each individual troop to make the decision for themselves on Monday.

And on only his second official day as a 2016 candidate, Walker rebuked the organization's decision, telling the IJReview that he supported the ban "because it protected children," arguing that a ban on gay leaders "advanced Scout values":

I was an Eagle Scout, my kids have been involved, Tonette (Walker) was a den mother.

I have had a lifelong commitment to the Scouts and support the previous membership policy because it protected children and advanced Scout values.

Fellow Republican presidential candidate Mike Huckabee has repeatedly defended the Boy Scouts ban on gay troop leaders -- a ban that was upheld by the Supreme Court last year -- even agreeing with the conflation of gay Scout leaders with child molesters, but has yet to speak out on the decision to overturn the ban.

The Boy Scouts overturned its ban on gay youth in 2014.

For his part, Walker, a former Eagle Scout, has previously said the ranking of Eagle Scout is a responsibility he carries throughout his life and credited his experience with preparing him for the presidency:

As a kid, I was in Scouts. And one of the things I’m proudest of when I was in Scouts is I earned the rank of Eagle ... Being an Eagle Scout is one of the few things you get as a kid that, you are not the past, it’s something you are.