Trump's ignorance and his supporters' xenophobia is a dangerous combination. Underestimate his impact at our peril 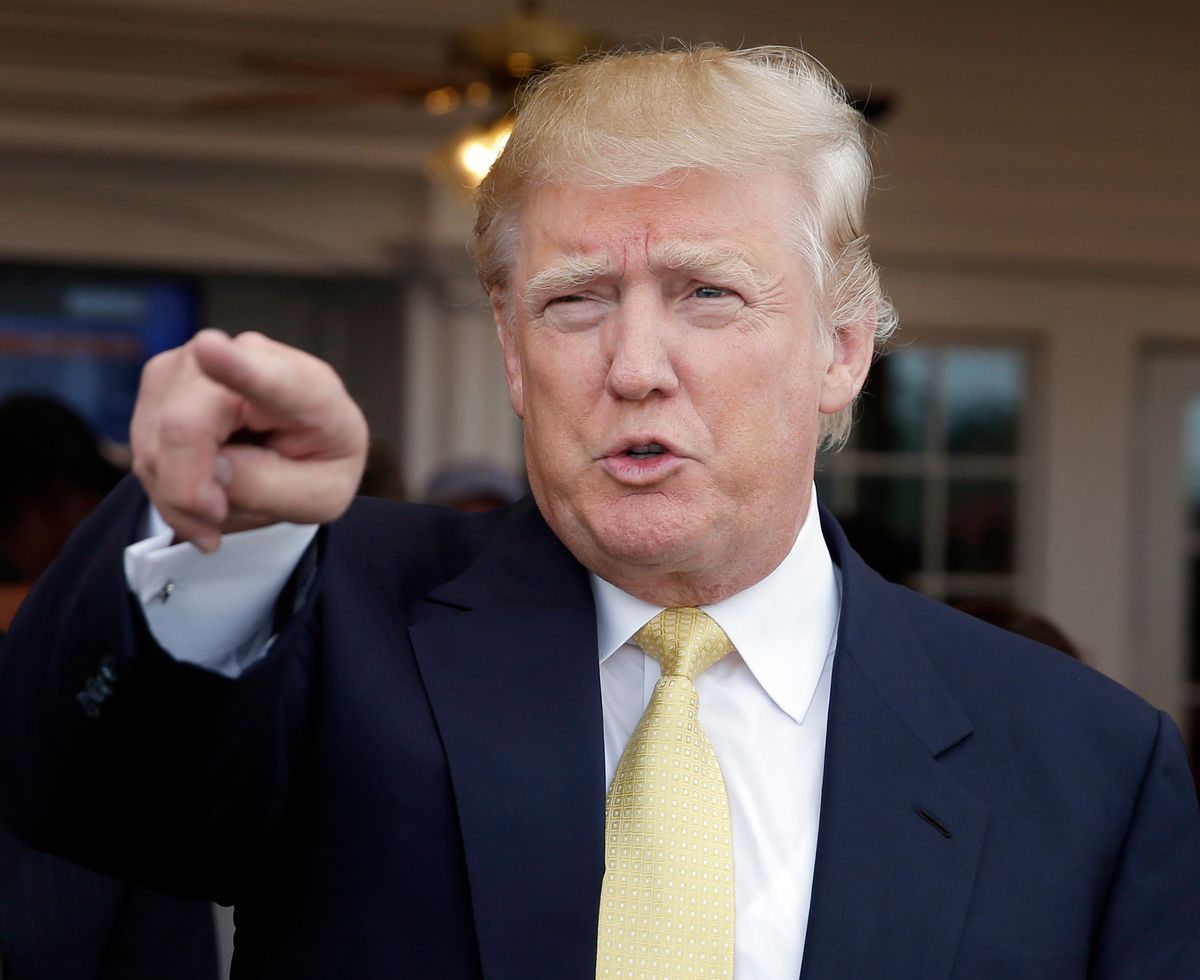 Donald Trump is a consummate negotiator. His stance on immigration politics is unquestionably a negotiating strategy promoted by him for the sake of expediency. He believes it will be instrumental to winning the GOP nomination and the presidential election. He has staked out his position -- a vile, racist and extreme one, to be sure -- and in so doing is hoping to build consensus and garner attention.  But, he is building a position which is far more ambitious and more dangerous than many realize.

His rants, based on misperceptions about immigration and a blatant, mistaken understanding of the relevant statistics, are very troubling. It will be both good and bad for Democrats. The rants are beneficial to Democrats as they divide the GOP. They are also helpful because they make almost everyone else (including his fellow Republicans) look compassionate by comparison.

But, they are bad in that there are many, both inside and outside of the GOP, who share this ideology of hate.

Don’t forget that Trump was the champion of the so-called birther movement. He argued -- against all evidence -- that our current president had been born abroad. In a recent television interview, he refused to back away from that position even after President Obama released his own birth certificate, confirming his actual birth in the state of Hawaii.

The birther fiasco is intrinsically tied to these rants. Trump never concedes a position.  It may make for good negotiation strategy but does not make for a trustworthy or credible political position. He turns every question back on his interlocutor, deflecting attention from his own positions which have flip-flopped over the years. Don’t forget that Trump was a big supporter of Hillary Clinton’s former campaign, and in the past has roundly criticized Republicans for their harsh stance on immigration. This is not to mention his hiring practices and the history of litigation regarding employing undocumented workers, which he characteristically blames on vague others.

His “immigration” position, as shown from its roots in the paranoid birther conspiracy, is clearly jingoistic, xenophobic, and deeply racist.

Don’t be fooled by the Donald’s assertion that he wants to protect America from the “hordes” who are allegedly overrunning our borders.  He does not care about or care to refute the statistics which show that border crossings are down and deportations way up under the Obama administration.  President Obama has been very tough on illegal immigration, despite the misguided rhetoric to the contrary. The main reason many of the undocumented come is because they are lured and hired by U.S. employers.

Do not underestimate the power of Trump’s manipulation. These rants are really not based on immigration issues at all. The real immigration issues, like family detention, protections for those fleeing persecution, relief for unaccompanied minors, deferred action for childhood arrivals, the visa priority system, 287(g), etc., he knows nothing (and cares nothing) about.

Trump’s tirades are really about something else entirely. They are about what he perceives as (and calls) “trade” imbalances between the U.S. and Mexico or other countries, such as China. By “immigration” what he really means is “Mexico” “sending” “those people” into the U.S. His view, if you really listen closely, is really a tirade about the perceived failure of the Mexican government and their supposed inability to stop illegal immigration.

To blame one particular country for all of America’s complex of immigration problems makes no sense.  It is a vast oversimplification and misunderstanding of the multifarious problems which have been ingrained in our entire system of immigration for many years.

Of course, Trump wants to blame another country, like Mexico, because it makes him the putative savior. He is the one who, as he put it, will negotiate a “deal” to “fix” the problem. The “fix” goes something like this: Trump will force Mexico to build a “wall” and they will pay for it. The building of the biggest wall in history will not solve the problem because people can enter the country through ports of entry through fraud and misrepresentation and not just through border crossings. The entire system should be revamped to address the systemic problems of fraud and not just a building of a wall. Like King Canute of old, he cannot simply will such actions.

Do not underestimate Trump. There are many unfortunately (inside the GOP and soon to be converts) who share his views.  He has been the first major candidate to forcefully articulate this position. He has forced the immigration debate to bend to his frame of reference. This is no small feat.  He will continue to garner attention and either be the frontrunner for the GOP or strike out as an independent – either way he will seriously impact the coming election.